Solar-Driven System Could Produce Electricity and Water in Desert Regions 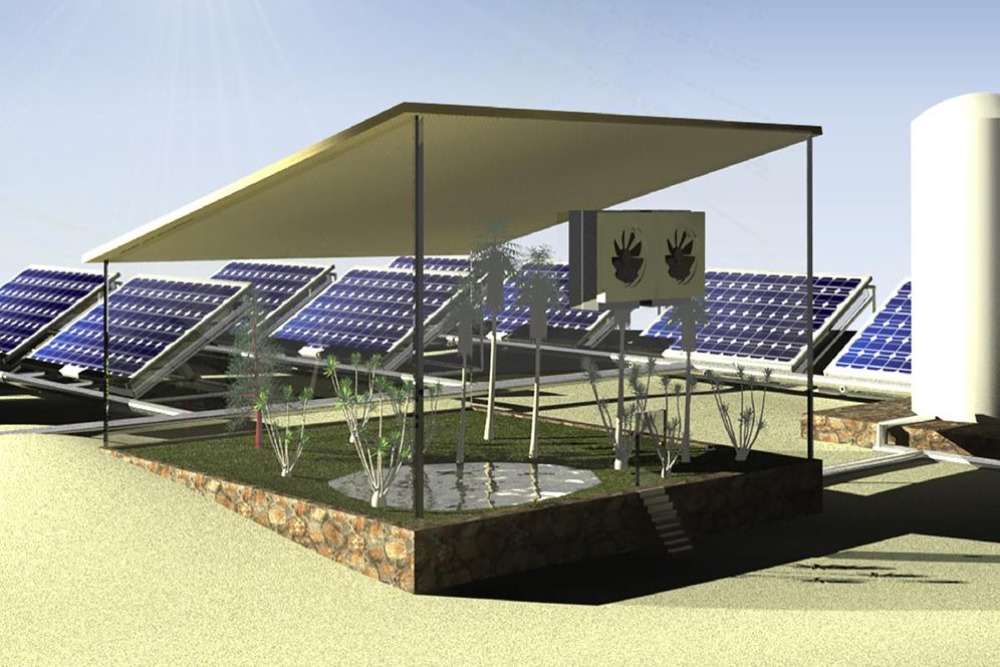 A schematic of WEC2P as a larger model in an arid region.
Photography courtesy of Renyuan Li.
Share
Tweet
Pin
Email

Scientists in Saudi Arabia have developed and piloted what could be a useful tool to help curb food insecurity in regions facing water accessibility issues.

The technology, called WEC2P, is a green energy system that uses solar panels to suck up moisture from the air and convert it into water to feed plants while also producing electricity. In the journal Cell Reports Physical Science, researchers documented the system’s success in growing a crop of water spinach.

WEC2P was tested over the course of two weeks in June 2021, when temperatures in Saudi Arabia averaged 107 degrees Fahrenheit. Water that was solely collected from the air was used to irrigate 60 water spinach seeds in a plastic plant-growing box. Of those 60 seeds, 57 sprouted and grew to a normal size of seven inches. In total, about two liters of water were condensed during this period. The technology also generated a total of 1,519 watt-hours of electricity during that time. 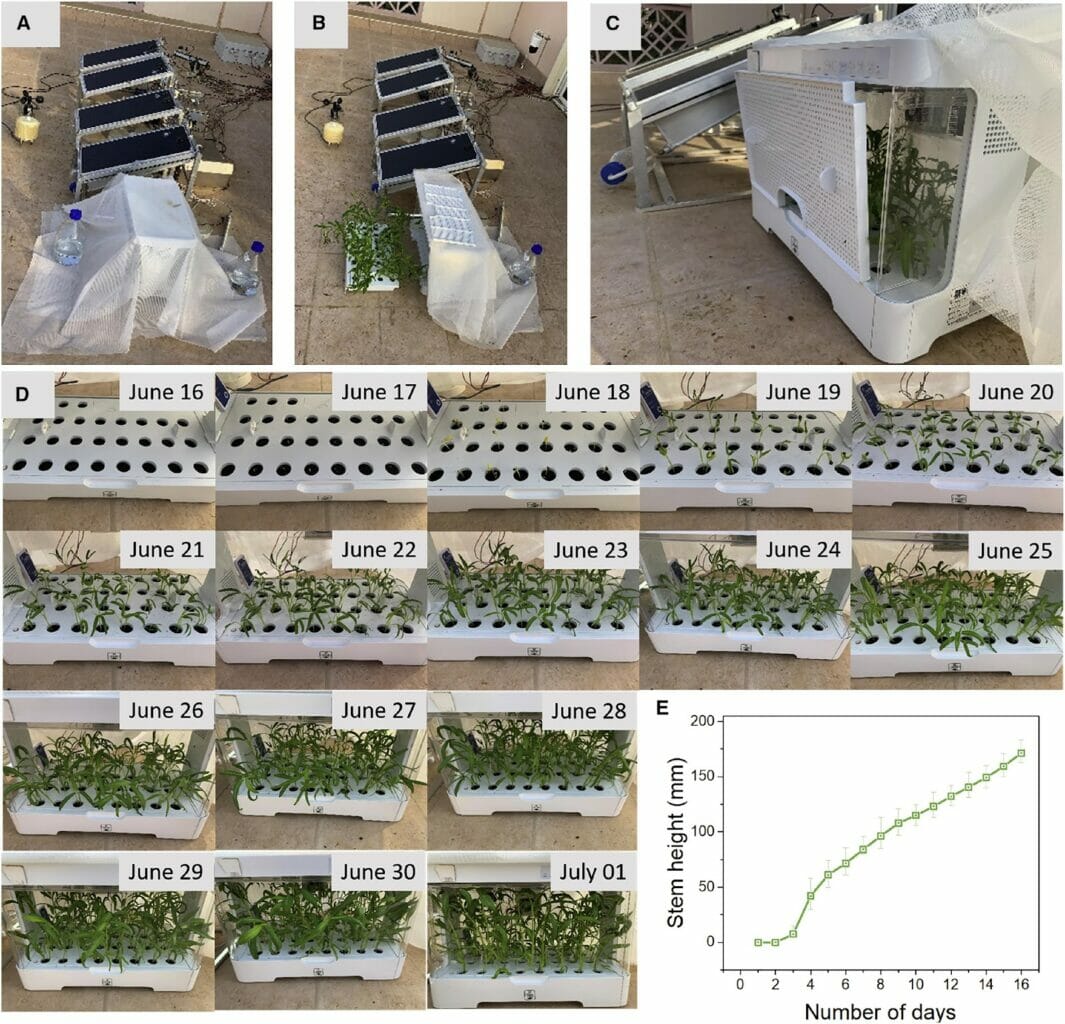 The system’s water-capturing abilities are largely attributed to a water-absorbing substance under the solar panels called hydrogel. When the solar panels generate electricity, they drive the absorbed water out of the hydrogel as steam. The solar panels are attached to a metal box, which collects the vapor and condenses it into water.

Peng Wang, senior author of the published paper, is hopeful that the system can play a role in meeting the United Nations Sustainable Development Goals, which include eradicating hunger by 2030 and providing affordable, clean energy as well as water and sanitation for all.

“Our goal is to create an integrated system of clean energy, water and food production, especially the water-creation part in our design, which sets us apart from current agrophotovoltaics [otherwise known as solar agriculture],” he says.

While researchers say the system was designed for decentralized, small-scale farms in remote places such as deserts and oceanic islands, it may also be helpful in locations increasingly dealing with drought. Earlier this month, the UN report from the Intergovernmental Panel on Climate Change (IPCC) estimated that four billion people (nearly half of the world’s population) experience severe water scarcity for at least one month a year. The IPCC predicted water stress and drought will worsen over the 21st century, further straining agriculture and food security.

The researchers say they are working to turn their proof of concept design into an actual product. This will involve optimizing the system’s performance while gradually scaling it up. They hope to identify other materials to make a hydrogel that will help absorb more water from the air and find ways to improve the system’s ability to manage heat.