How Will Fish Survive the World’s Warming Waters?

Scientists are working to breed fish that can endure and adapt to environmental changes over the next century. 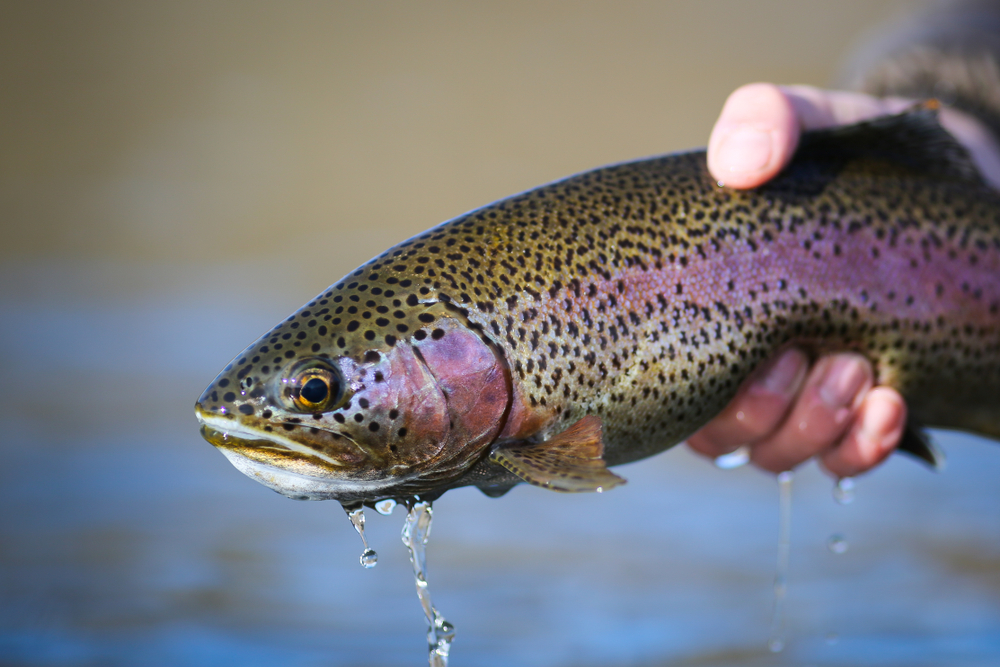 Researchers are raising and breeding trout in temperatures that waters are predicted to be 50 and 100 years from now.
Photography by Cannon Colegrove, Shutterstock.
Share
Tweet
Pin
Email

Chef Whitney Matthews knows her seafood. The award-winning chef, previously featured on the Cooking Channel, grew up fishing with her family in the Chesapeake Bay. Fish common in her childhood, such as summer flounder, are increasingly rare. “My father was always in search of the ‘doormat’-sized flounder. It had been years since we’d caught a flounder. Then, two years ago, I pulled in my line to check my bait, and there it was—a grand total of five inches long,” says Matthews.

The gradual disappearance of summer flounder from mid-Atlantic waters is typical of many species’ journeys to cooler water; summer flounder are now plentiful off the Massachusetts coast. Globally, fish are moving away from the equator at an average of 72 kilometers (44.7 miles) per decade. There are many reasons fish might relocate. Most fish, as cold-blooded animals, have a metabolic “sweet spot.” They thrive in a specific temperature range and are stressed outside that range. The stress is building; in 2021, the oceans were warmer than any other period in recorded history.

As fisheries scramble to adjust quotas, fishing boats must travel hundreds more miles to catch popular fish or land them in distant ports where quotas are higher. This drives up the price of local fish, especially as multiple species are migrating poleward.

In the future, fisheries could benefit from current research on how fish handle changing environments. Scientists have learned that gradually warmed fish can adapt to warmer water and pass that adaptation down to their offspring, using molecular switches that turn existing genes off and on. Fish in future generations can inherit improved abilities to survive. And they can do so without waiting for the slow, clunky process of evolving new genes. Where genetic evolution is a ponderous bureaucracy, genetic switches are sleek, nimble entrepreneurs in the business of adaptation.

Fish raised in ocean net-pen farms—and hatchery fish released into the wild—are subject to the problems of warming oceans. Some fish even develop skeletal deformities if raised in warm water. Could gene switches help ocean-raised and released fish adapt to the heat? That’s what researchers are trying to find out.

[RELATED: The Future of Ocean Farming]

Heather Veilleux, a researcher at the University of Alberta, collaborates with Canadian environmental officials and aquaculture companies, including the Cold Lake Fish Hatchery, to study rainbow trout. The Alberta study is essentially trying to see into the future by hatching, raising and breeding trout in water temperatures that oceans, rivers and lakes are predicted to be 50 and 100 years from now. Cold-water trout have difficulty breathing as they travel unseasonably warm streams in Alberta and can be seen gasping for air in local waterways.

Gradual change is key. “Many researchers get in a boat, pull fish out of the water and then expose them to predicted temperatures,” Veilleux says. “Most fish perform poorly and some even die. Well, that’s not what we expect with climate change; fish will experience increased temperatures more gradually over a whole lifetime and across generations.”

This does not involve genetically modifying the fish, as their actual genes are not changed. Instead, the team will expose trout eggs to “future” water temperatures, rear the fish to maturity once the eggs hatch and then breed them. The fish and their offspring will be tested for growth rate, fitness, size and inherited genetic markers.

The future of aquaculture

Veilleux sees potential applications for commercial aquaculture; apparently, so do the hatcheries participating in the study. “If we can breed a hardier fish in the second generation, that could be very beneficial to [aquaculturists],” Veilleux says. Inherited environmental memory helps offspring survive more readily and can result in larger fish.

Despite its potential, tweaking genetic switches is still tricky and imprecise. With a little warming, hatchlings grow up adapted to warmer water. But apply too much heat and genetic switches can change the sex of those hatchlings from female to male.

[RELATED: Where to Look for Climate- and Environment-Friendly Seafood]

Another concern is what happens when hatchery fish mingle their DNA with wild populations. Sofia Consuegra, professor of evolutionary ecology at the University of Swansea, says this mingling can disrupt wild populations: “In principle, I find it very interesting and potentially promising to…help captive-reared fish adapt to warmer water temperatures.” However, she adds, hatchery fish could also transmit their adaptation to a captive environment—an unhealthy consequence for wild fish.

Still, heat adaptation is increasingly essential for hatchery fish destined for wild stocking. Researchers are doing their best to ensure that fisheries will be able to provide abundant, affordable and tasty meals to their customers decades from today.

Thank you for sharing such information with us.
I hope you will be good and healthy. Your blog is very informative for us. And we want to, that you will be sharing such an informative and motivational blog post in the future. You can follow our blog by visiting ksagrotech.org
Thank You so much