Steak’s Next Frontier: Customized and Lab-Grown to Order

Advancements in cell-grown meat offer consumers more choice without harming any animals. Is it really the miracle meat we were promised? 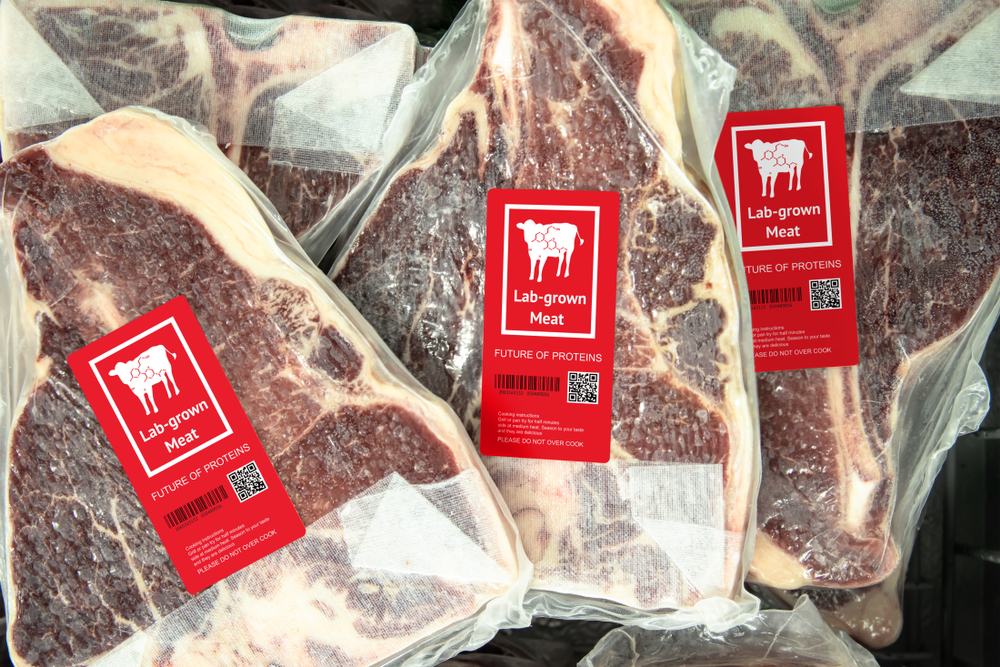 How would you like your pork chop to look? If you could choose the perfect size and thickness, without enlisting your butcher—or even a knife—what would you design? What ratio of protein to fat? These are all factors that can be manipulated with custom-designed cell-grown meats. Even the taste can be tweaked, if you’d like your chicken to taste extra salty or meaty or like something else entirely. Nothing is out of reach with cell-grown meat.

At least, that’s the claim.

The field of cell-cultured meat has flourished since the first hamburger was grown in a lab in the Netherlands in 2013. Now, companies are using cells from live animals to grow everything from sausage crumbles to T-bone steaks. Far from plant-based meat, which often uses a base ingredient such as soybeans or mushrooms, this meat is meat. It is animal tissue—just without an animal needing to die in the process.

Meat such as ground beef or sausage is “unstructured” and generally easier to grow in a lab. The animal DNA and required nutrients are placed in a bioreactor, and the meat spawns from there. It will essentially form into a shape and texture comparable to ground meat, because it doesn’t need to bind itself around a structure. Growing something like a pork chop or chicken breast, though, is more difficult.

But companies such as Atelier Meats, devoted to growing cell-cultured meat, are up for the challenge—and they are already working on processes for cultivating custom-made meats. “There would be multiple trays in the bioreactor versus just one of ground beef. Each tray would have an individual scaffold, which is the framework around which the meat would grow,” explains co-founder Rahim Rajwani. “For example, if a national retailer, like Costco, said, ‘We want a particular steak that is shaped just like our regular eight-ounce steak. We want it to be 40-percent protein and 60-percent fat with 30-percent of that entire steak being marbled.’ We could literally create that exact steak, even down to the size.”

Of course, that level of bulk ordering of cultivated meat isn’t happening—at least not yet. But it could, if the consumer base is there. “Consumers are fickle. They’re always looking for something new and innovative,” says John Stanton, professor of food marketing at St. Joseph’s University in Philadelphia. While cell-grown meat is certainly innovative, Stanton says the key to getting the wider public interested in it is to showcase what makes cell-grown meat a better alternative to traditional sources. What’s the added value? Is it healthier or better for the environment or less harmful to animals? Producers like Rajwani would argue yes on all of those points, and Stanton says those are the key selling features of cultivated meat.

Rajwani predicts that the product itself will drive demand and shift the market. National retailers collect information about their shoppers—their habits, which products sell at which points of the year and why. This metadata could be what spurs future orders. “So, a retailer will know that, for barbecue season, their customers, on average, will buy $200 worth of steak in a month. Is it a T-bone? Is it filets? Is it a Canadian steak or does it come from another country?” Rajwani says. That information could fuel future orders, with companies able to grow specific cuts of meat at certain times of the year, aligning with holidays or high-consumption events. Preparing extra burgers for the July 4th barbecues or an abundance of chicken wings before the Super Bowl means that other parts of the animal aren’t wasted or sold at a discount when they’re not in demand. If you only need a lot of turkey for Thanksgiving, then only grow turkey for Thanksgiving.

[RELATED: What Does the Future of Ethical Meat Look Like?]

So, cell-grown meat can be fully customized. It’s arguably better for the animals involved, which could have spillover benefits for human health as well. There is debate over whether lab-grown meat is any better for the environment, as the energy outputs and emissions needed for the technology are substantial. Still, with livestock responsible for nearly 15 percent of global greenhouse gas emissions, cell-grown meat will likely have a place in the market. That is, if companies can move past the gross-out factor of growing meat in a lab.

“I think the ick factor goes away strictly through education and, ultimately, through taste profile. Once you’ve educated the consumer, it becomes a question of getting the product in the consumer’s hands for them to eat it. And I think that’s where things change,” says Rajwani, who believes cell-cultured meat has a lot to offer customers. He notes that potential diseases such as Mad Cow can be avoided with cultured meat. The tech also doesn’t require the antibiotics a live animal would ingest, although researchers argue that the potential health impacts for human consumption of cell-culture meat aren’t fully known yet.

Of course, before any customers jump on or off board, they need to have access to these products. Right now, cell-grown meat is still too rare and expensive to be widely available, and there are a number of different regulatory hurdles it needs to get through before being sold across the country. A number of states have introduced legislation to banish words such as  “meat,” “beef” or “chicken” on lab-grown meat labels, bills that are widely supported by cattle ranchers and associations across the country. Washington state has one of the most restrictive bills under consideration, known as the natural meat protection act, which would bar the sale of cell-grown meat in the state and restrict state funding from going toward research in the sector. The FDA is also still considering what cell-grown meat should be called, and both the USDA and FDA have oversight of food made with cultured animal cells. Several companies are hoping to get their products on grocery store shelves across America this year, pending the approval of the regulatory boards.

Wildtype, a company growing “sushi-grade” salmon, says expansion is one of its primary objectives. To start, it plans to launch in restaurants. But co-founder Justin Kolbeck wants “future customers to know that accessibility is a critical part of our mission as a company. We will not have accomplished our vision for a cleaner, more sustainable seafood future if people can only buy Wildtype salmon in select restaurants.” Rajwani goes further, saying that cultivated meat could be the answer to food insecurity around the world.

It’s a big goal. How likely is it? According to Rajwani, the technology is moving quickly enough that we could see widespread adoption of cell-grown meat in the next two to three years. Others aren’t so sure if the technology is really up to par or if the economic realities of production add up.

Could cell-grown meat be the future of ethical meat consumption? Perhaps a solution to our environmental crisis? A way to feed the masses? It’s too early to say how big of an impact this sector will have on the larger meat industry, although biotech companies are certainly working to bring their products to grocery stores. In the meantime, we can keep dreaming about perfect juicy steaks, grown just for us.

There are so many upsides to this approach. It’s real meat, without the climate and environmental impact. I would definitely eat it. I’ve been cutting back on meat for climate reasons and would really enjoy some reduced-guilt burgers and steaks.