Creating a New Route for a Traditional Basque Spice

When she couldn’t find a local source for Piment d'Espelette, chef-turned-farmer Krissy Scommegna set out to grow her own. 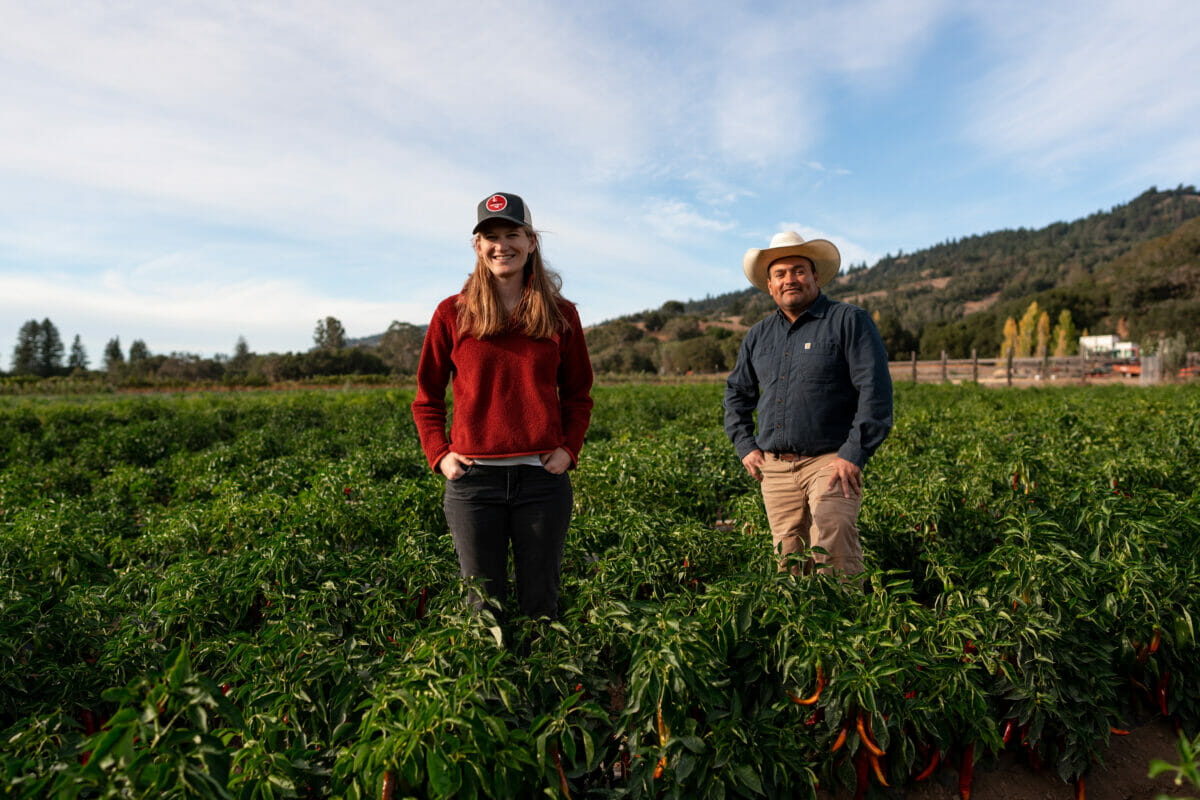 Basque people love their peppers. Although not indigenous to the region, which straddles the border between France and Spain, peppers were first brought from the Americas during the 16th century, and they quickly became a key ingredient in several local dishes. The Espelette pepper, named for the community in France where it is cultivated, is beloved in the region, with a famous annual festival held in its honor. It’s used to make Piment d’Espelette, a spice so essential and prominent that it has replaced black pepper in some recipes.

Krissy Scommegna, founder of Boonville Barn Collective, first learned about Piment d’Espelette while working in the kitchen at the Boonville Hotel in California’s Mendocino County. “We used this spice in basically everything that we cooked,” she explains. “I came to love it.”

The hotel, deep in Wine Country, tried to source as much local produce as possible for its restaurant. Scommegna thought, “Why not do the same with spices?” The Espelette pepper, a cornerstone of the restaurant’s cooking, was expensive to import, and Northern California’s warm days and cool nights didn’t seem too dissimilar from the climate of the mountainous border between France and Spain where the spice came from. So, with farm foreman Nacho Flores, she planted a small number of pepper plants on a bit of land near the hotel.

Ten years later, Scommegna, Flores and a small team tend three acres of peppers and have made a name for their California-grown Espelette. The chili is grown, dried, ground and packaged onsite. Similar to Champagne, Piment d’Espelette is protected and classified as an AOC product, which means it can only be called such if grown in its namesake locale in France. So Boonville Barn Collective calls its pepper Piment d’Ville, a nod to Boonville, where the peppers grow. 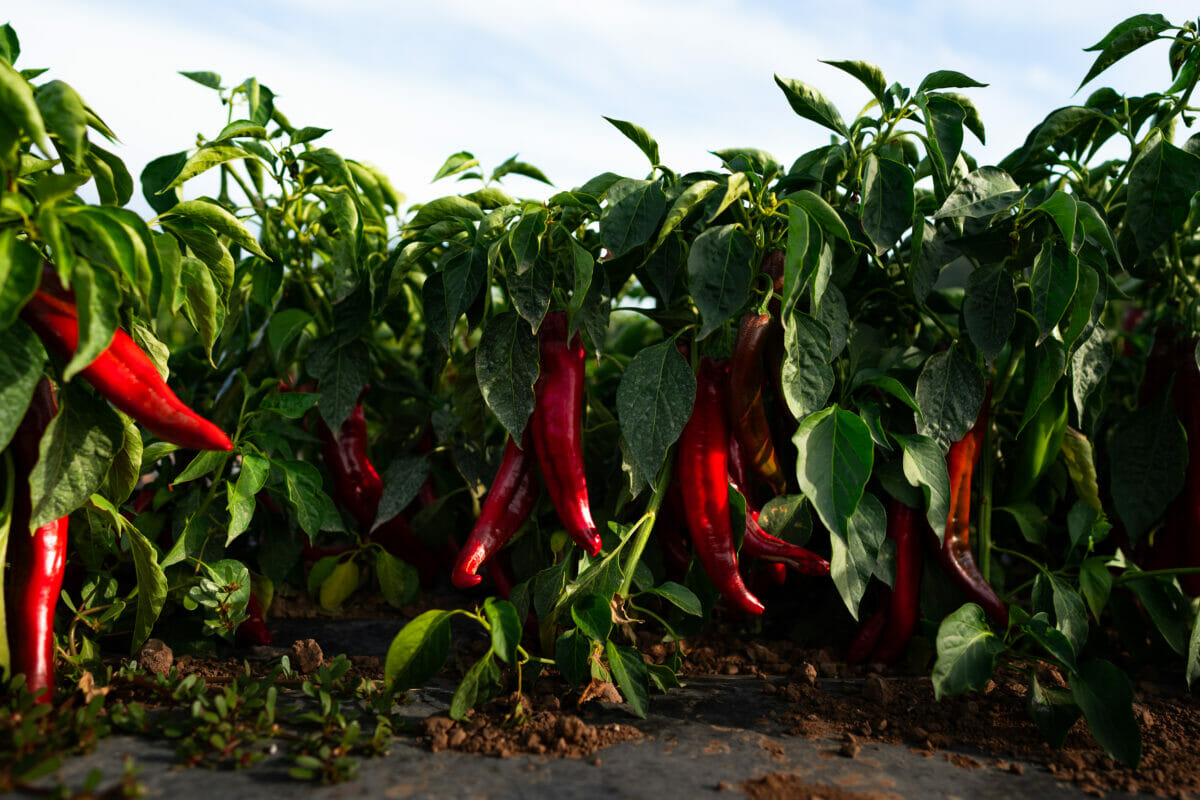 When people buy it for the first time, Scommegna encourages them to put down the pepper mill and see how the chili powder transforms dishes with its a-little-spicy, a-little-sweet, rich and deep tomato-y flavor. “Stop using black pepper for a week,” she tells them. “[Piment d’Ville] shapeshifts into different flavors, depending on what you’re cooking.”

In addition to nailing down the right growing and preservation methods for the peppers, finding balance on the 10-acre farm in Northern California’s Anderson Valley took time. “It’s been 10 years of trial and error, trying to figure out what we need, whether it’s how we were going to dry”—starting with an oven and moving up to a small dehydrator to a bigger dehydrator to a retrofitted shipping container—to “working to create a sustainable farm in terms of how we grow and how we structure our business.” 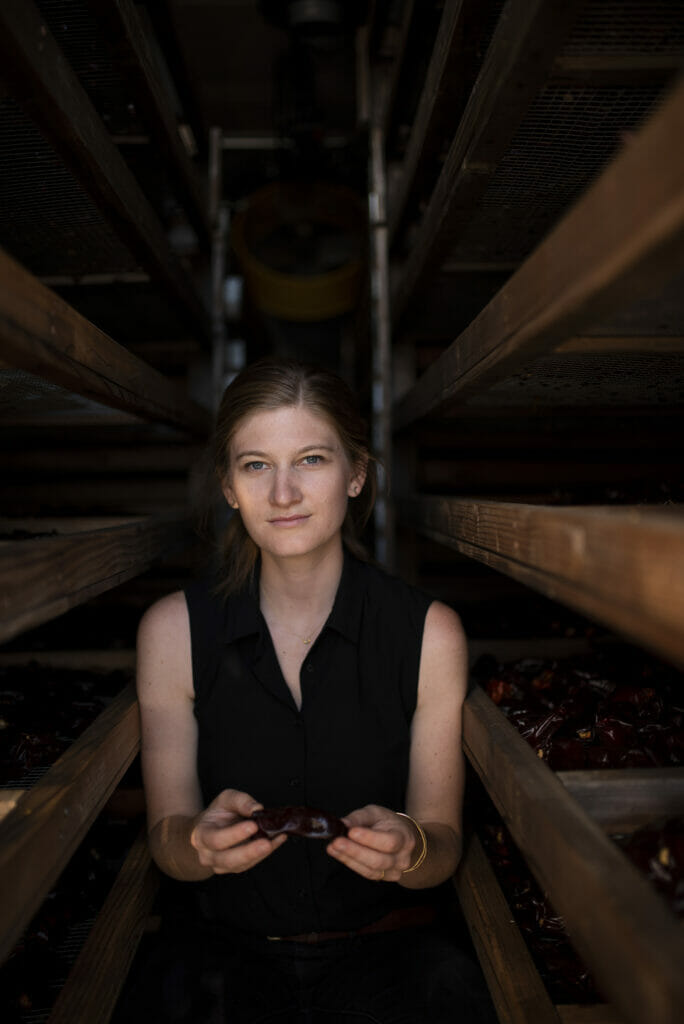 When growing, drying and packaging is all done on premises, creating such a sustainable farm and business can be a balancing act. During peak harvest time, Scommegna spends seven hours in the fields, then heads inside to the computer for several more hours, writing email newsletters, making sales or working on partnerships with other small, women-owned food brands. Her husband and co-owner, Gideon Burdick, handles other parts of the business side such as payroll and invoicing (when he’s not responding to calls as a member of the local volunteer fire department).

On the farming end, sustainability has meant not only abstaining from using synthetic fertilizers, herbicides or pesticides but also expanding beyond the signature chili powder into other ground peppers, such as poblano and comapeño chilis (Boonville is the only US grower of the latter, a rare chili grown in the Veracruz mountains in Mexico), and whole dried chilis, too. They also now rotate their fields between peppers and heirloom beans in an effort to prevent the land from going fallow and creating additional shelf stable goods to sell. Among the bean varieties are Peruano beans, grown on foreman Nacho Flores’ suggestion. A staple in Mexican cooking (especially in Michoácan, Jalisco and Guanajuato), she hopes they resonate with the many Mexican-Americans in the Anderson Valley, many of whom are from Michoácan.

Plus, Scommegna points out, beans go well with chilis. “Whatever we’re growing together cooks well together,” she says, never far from her chef roots. (The farm also has strawberries for lucky locals, some olive trees for olive oil, and it experiments with other brands on partnerships such as a citrus chili marmalade.)

When the coronavirus pandemic struck, Scommegna and Burdick shifted once again, this time from mostly selling Piment d’Ville wholesale to restaurants to getting peppers into the hands of home cooks via online direct-to-consumer sales and retail shops. Their customer base is now made up of more than 500 restaurants and around 100 retailers nationwide, in addition to the many home cooks who buy directly from Boonville Barns. 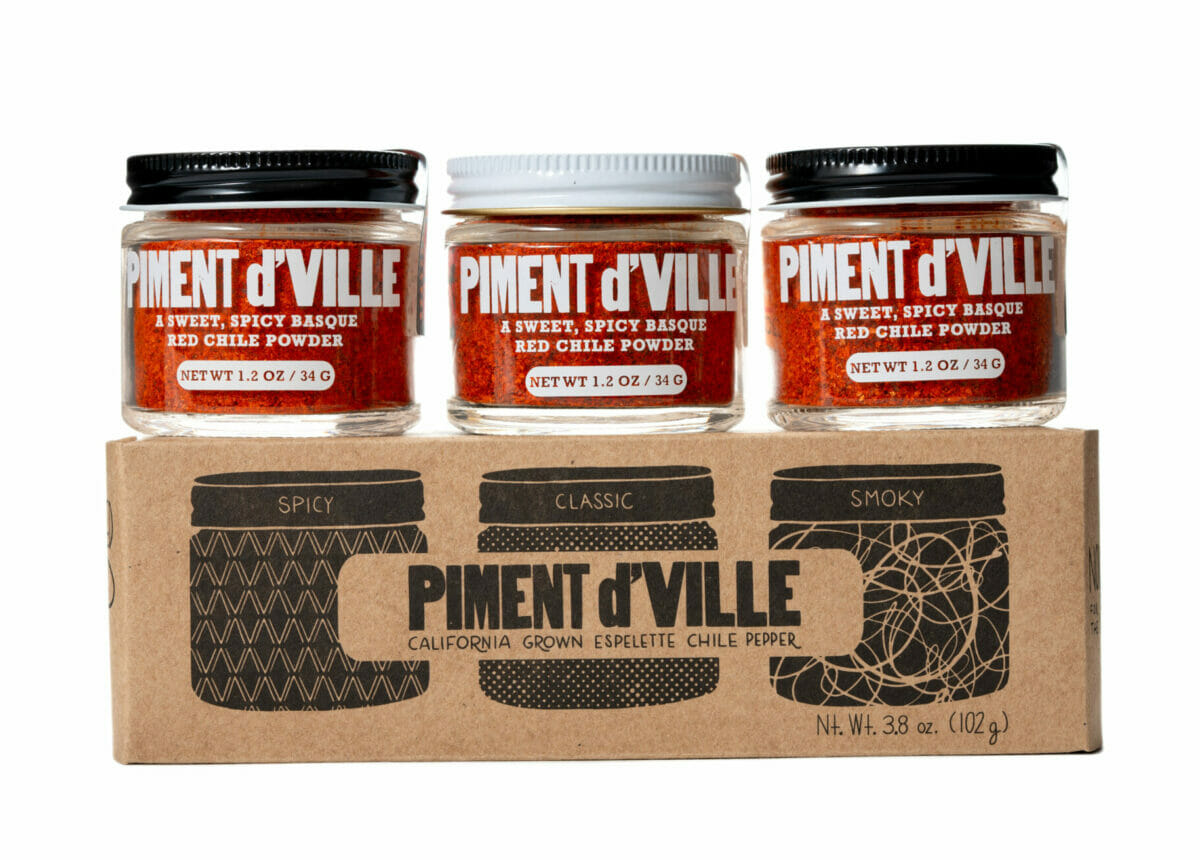 Scommegna enjoys connecting with them all, especially by writing farm updates on the company’s website and in their newsletters. “It’s not just ‘buy this product.’ It’s ‘this is what we’re excited about, this crop is coming along.’ It’s fun to connect with people online, teaching them about new chilis they might have never heard of before.” There are recipes available on the site, too.

As for other California farmers, Scommegna hopes more will look to strengthen their resilience in the face of the many challenges they face by diversifying crops and product offerings. “I think they’re going to realize that adding some sort of spices or drying crops is a beneficial way to have shelf stable goods throughout the year,” she says.

Not that Boonville’s chilis sit on the shelf for long—jars of Piment d’Ville are often shipped out within a month of it being harvested, dried and packed up. The harvest date is printed on the container, not only emphasizing its freshness but also that each batch is different. “People will be like, ‘I tried this and it’s spicier than last year,’” Scommegna says. “It speaks to the pepper and the fact it’s a living, breathing organism, and when people recognize that, it’s exciting. It’s really special to be able to share that.”

Popular
Could Dissolvable Cranberry Film Replace Plastic Packaging Someday?Emily Baron Cadloff
Alaskan Salmon Face a Stream of New MinesBecki Robins
7 Smokable Plants You Can Grow That Aren’t MarijuanaBrian Barth
Where Has All the Mustard Gone?Chloe Faure
Why Don’t We Eat Turkey Eggs?Dan Nosowitz
Explore Modern Farmer
Related
Environment, Food & Drink
Where Has All the Mustard Gone?Chloe Faure
Animals, MTMF
Meet the Maine Teenager-Turned-Landscaper Thanks to Grazing GoatsBridget Shirvell
Animals, Environment, Health
To Stop New Viruses Infecting Humans, We Must Protect Bat HabitatAlison Peel, Peggy Eby, Raina Plowright
Animals, Food & Drink, Lifestyle
The Great (Sticker Shock) ThanksgivingLindsay Campbell
wpDiscuz
We use cookies on our website to give you the most relevant experience by remembering your preferences and repeat visits. By clicking “Accept”, you consent to the use of ALL the cookies.
Cookie settings ACCEPT
Privacy & Cookies Policy