Mainers have taken a bold step to protect the right of individuals to grow their own food. 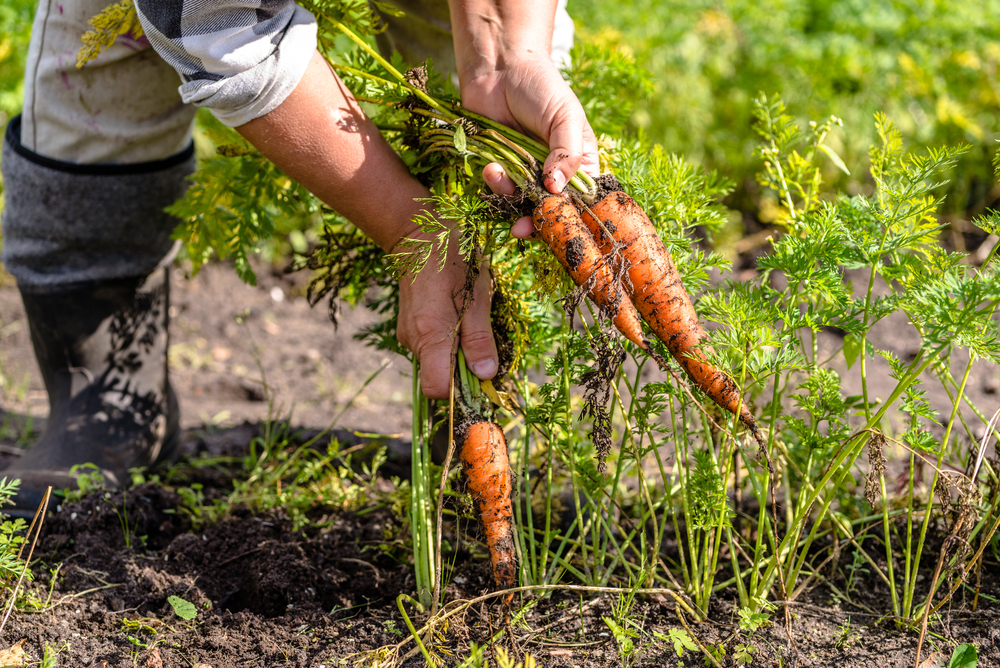 Mainers now have a constitutional right to grow, harvest and consume their own food.
Photography by alicja neumiler, Shutterstock.
Share
Tweet
Pin
Email

On Tuesday, voters in Maine approved a referendum to add a “right to food” amendment to the state’s constitution. The amendment, the first of its kind in the United States, provides Mainers with a constitutional right to grow, harvest and consume their own food, and it includes protections for rights to seed saving and seed sharing.

The amendment was approved by the state legislature by a two-thirds vote earlier this year, but it needed approval from voters in order to become a constitutional amendment. The amendment states: “All individuals have a natural, inherent and unalienable right to food, including the right to save and exchange seeds and the right to grow, raise, harvest, produce and consume the food of their own choosing for their own nourishment, sustenance, bodily health and well-being.” It also includes some qualifiers, stating that the right to food is granted “as long as an individual does not commit trespassing, theft, poaching or other abuses of private property rights, public lands or natural resources in the harvesting, production or acquisition of food.”

The issue split the state as debates over the amendment ensued. Opponents of the amendment, including the Maine Farm Bureau, have argued that the language of the amendment is vague and can lead to legal issues, as well as animal rights and property rights issues. Opponents worried the constitutional amendment would override current food safety laws, animal cruelty laws and city restrictions on where animals can be raised and slaughtered. Some were concerned that the openness of the amendment would allow people to raise dogs, cats or other animals not traditionally used in farming for food and that animal welfare and food safety will be compromised when people without proper training process animals for food. However, proponents of the amendment assert the amendment does not override current legislation and restrictions and, instead, ensures Mainers maintain their power when it comes to food, protecting against potential overreach of corporations.

The Maine Organic Farmers and Gardeners Association (MOFGA), one of the oldest and largest organic associations in the United States, endorsed the constitutional amendment, arguing that the amendment is a big step toward a more local food economy, pointing out that 92 percent of the food in Maine comes from across state lines, even though the state has the resources to produce much more of its food. During a time of extreme instability in the food supply chain, MOFGA said the amendment would help “create a more secure food system.”

MOFGA has also pointed out that the amendment “shifts power from corporations to individual citizens.” In recent years, some states have passed initiatives—often funded by large agricultural corporations—to restrict activities such as seed saving and sharing of certain seeds. With the passing of the new “right to food” legislation, Mainers have taken a proactive step in ensuring certain agricultural rights for the individual.

Although it remains to be seen how the “right to food” constitutional amendment will impact the state, Mainers have ultimately taken a critical step toward ensuring food sovereignty and a stronger local food chain. As MOFGA says, “The United States Constitution should have such an amendment.”

Jj Starwalker, a Maine homesteader, voted in support of the amendment. “Growing food yourself has become the most radical of acts,” she says. “It is truly the only effective protest. It is one that can—and will—overturn the corporate powers that be.”

It must have been 30 years ago I saw a senator refuse to answer when asked if Americans had the right to eat what they wanted. I also saw the increasing city council restrictions on being able to garden in our little yards. The handwriting was on the wall. It’s too bad people weren’t awake enough back then to do what Maine has succeeded in doing today. Congratulations, Maine!

You would think that in this day and age you would not need a constitutional amendment to grow your own food. I abide by the laws of nature and use soil amendments to grow my food.

Bravo Maine! Next step, the state needs to prohibit Dannon products shipped into Maine, since the majority of its recently terminated Northeast dairy contracts were Maine dairy farms. Keep food local. Support local farms. Eat local and grow local. Get back to basics in your home state.

Under US law is not a corporation treated as an individual?

Popular
7 Smokable Plants You Can Grow That Aren’t MarijuanaBrian Barth
New Solar Panels Allow Farmers to See the LightNaoki Nitta
6 Differences Between Llamas and AlpacasAndrew Amelinckx
The Cold Swim HomeMarcie Callewaert
Goat Sex: Everything You Wanted to Know But Were Afraid to AskAndrew Amelinckx
Explore Modern Farmer
Related
Aquaculture, Technology
Can Interactive Mapping Tools Guide Shellfish Restoration?Bridget Shirvell
Food Waste, Opinion, Politics, Technology
How Solar-Powered Refrigerators Could Cool Down Climate ChangeAbay Yimere
Animals, Health, news, Technology
First Vaccine for Honey Bees Approved by USDAEmily Baron Cadloff
Food & Drink, Lifestyle
Move Over, Mezcal. A Sustainable Tequila Alternative Is Taking Over.Hollie Stephens
wpDiscuz
We use cookies on our website to give you the most relevant experience by remembering your preferences and repeat visits. By clicking “Accept”, you consent to the use of ALL the cookies.
Cookie settings ACCEPT
Privacy & Cookies Policy