Food and Agriculture Takeaways From the COP26 Climate Conference

With the international conference wrapped up, here are the pledges and initiatives that will have the biggest impact on farming and agriculture. 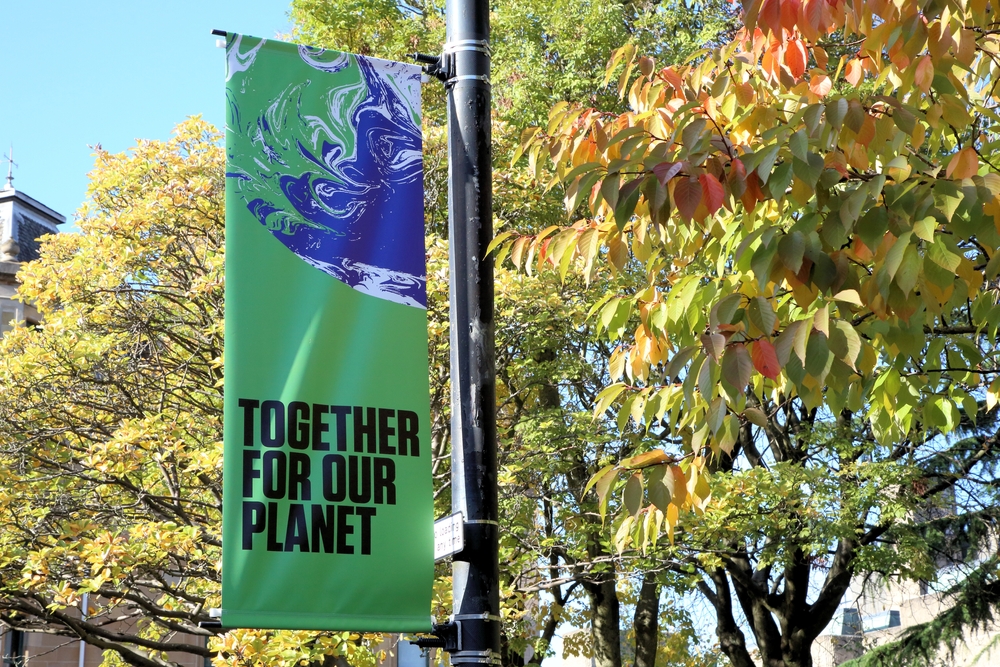 After two weeks in Glasgow, the United Nations Climate Change Conference of the Parties (COP26) is over. Countries around the world sent delegates and world leaders to the conference, including President Joe Biden, in order to share strategies on reducing carbon emissions and moving to renewable energy sources.

Although the goals of the conference are lofty (among them are to secure net-zero carbon emissions by 2050 and mobilize $100 billion in annual funding from developed countries, a promise that has already been broken), the gathering has been criticized on all sides. From political gaffes to a menu heavy on meat and dairy to vocal activists calling for more substantive measures, it’s been a hectic two weeks. Amid the initiatives started and pacts made, there were several that could have direct impacts on farming, food and agriculture. Here are the ones you should know.

The Glasgow Food and Climate Declaration

This declaration was presented to 100 local governments in Glasgow during the conference, including cities across the UK and western Europe. However, municipalities around the globe can also join in. So far, hundreds of governments have joined the pact, including the cities of Austin, Pittsburgh and Vancouver.

The declaration states plainly that global food systems account for roughly a third of greenhouse gases and “are at the heart of many of the world’s major challenges today including biodiversity loss, enduring hunger and malnutrition, and an escalating public health crisis.” The signatories then agree to weave food policies into their climate strategies, calling on their counterparts nationally, and at the state level, for support.

When Biden addressed the gathered world leaders at the summit last week, he acknowledged that the US was still falling short on its goals of reducing its carbon footprint. “This is the challenge of our collective lifetimes, the existential threat to human existence as we know it,” Biden said. He also redoubled efforts to win back trust on the world stage, saying that the United States was back on board with these efforts and looking to “lead by example.” In one of his first acts as president, Biden rejoined the Paris Agreement and, at COP26, seemed intent on following up on that action.

Biden recommitted to reducing US carbon emissions by half of 2005 levels, by 2030. That’s an aggressive goal, but one that leaders say is needed. A cornerstone of the plan is ensuring agricultural land becomes a carbon sink and that farmers “make American soil the next frontier of carbon innovation.”

The US Pledges $1 Billion in Joint Initiative On Sustainable Agriculture

Along with the United Arab Emirates, the United States led an initiative called AIM for Climate (AIM4C). Thirty countries have signed on in support, with the goal of finding new innovations in smart agriculture and sustainable food systems. By the end of COP26, the initiative raised more than $4 billion, including $1 billion from the US.

Critics of the plan say it’s an attempt to find workarounds for current farming practices, to reframe them as part of the solution, rather than recognizing the current systems as part of the problem. The nonprofit ETC Group says the plan props up industrial agriculture and pushes investment in the wrong direction.

USDA Head Says Meat Consumption is Fine, but it Could Be ‘More Sustainable’

One thing that the USDA would not commit to was lessening meat production or consumption. According to The Guardian, Secretary of Agriculture Tom Vilsack said that he doesn’t believe Americans need to reduce their meat consumption or livestock production in order to meet the country’s emission reduction goals. Instead, he proposed looking at ways to capture the methane produced by livestock, turning it into biogas and using it as fuel. He said the US was investing in new technology to help do just that.

However, the USDA did join the Dairy Net Zero declaration. Rather than cut the amount of dairy produced, the declaration states that dairy “helps create sustainable food systems” and that by improving productivity and efficient use of resources, dairy industries already have the means to reduce methane emissions. The stated goal is to reduce dairy’s impact on global emissions over the next 30 years. In a release, Vilsack said that “livestock, including dairy, can provide critical climate solutions” and that sustainably managed livestock plays a global role in “food nutrition and security, livelihoods, nutrient cycling and carbon storage.”

Some reactions from COP26 have been hopeful, such as promises from 100 countries, including Brazil, to stop deforestation by 2030. Others point out that most countries still aren’t meeting their Paris commitments from 2015 and that these new pledges don’t go far enough to stay below the 1.5-degree threshold for global warming. The International Energy Agency calculated that if each country meets each of its commitments, that would still only limit warming to 1.8 degrees. Climate activist Greta Thunberg, who led a protest of thousands in downtown Glasgow, called the conference a PR event. “It should be obvious that we cannot solve the crisis with the same methods that got us into it in the first place.”

Whether the pledges and promises from governments made at COP26 will be worth more than the paper they’re written on remains to be seen.

We enjoyed the food and agriculture talks from the COP26 climate conference. People of all countries should discuss this topic together, not just all over Europe.