A new study, commissioned by the UK government, found that crustaceans and cephalopods are sentient beings. Boiling them live may soon be banned. 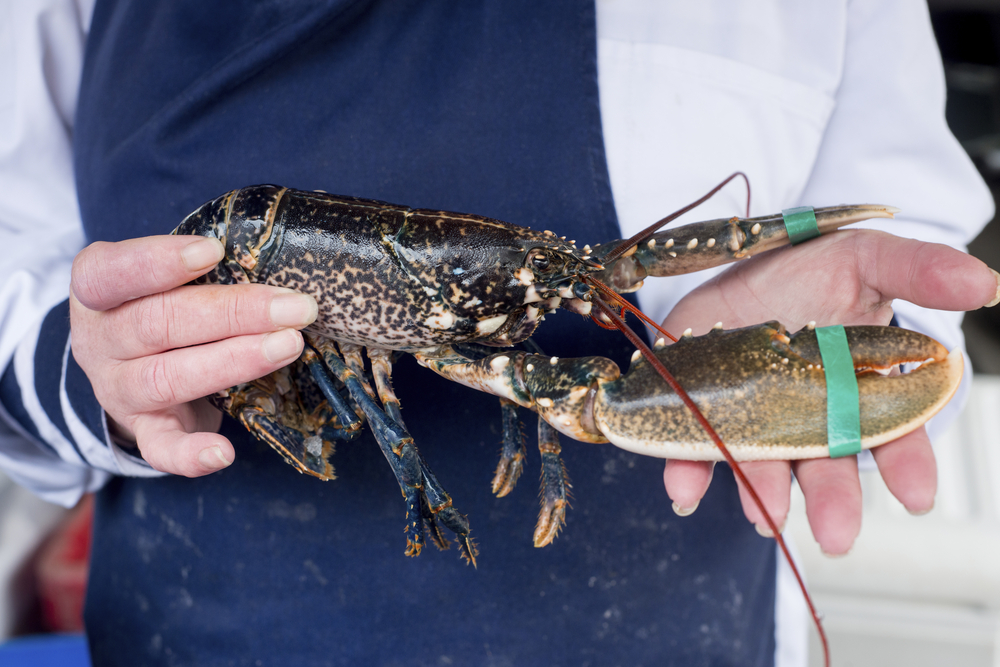 There’s more to your seafood than tentacles, scales and claws.

According to a new report, cephalopods and decapods—which includes octopuses, squid, cuttlefish, crabs, lobsters and crayfish—are sentient beings. In other words, these aquatic creatures have feelings.

The paper, authored by researchers at the London School of Economics, was commissioned by the UK government after a dispute among parliamentarians ensued over whether or not crustaceans and mollusks have the capacity to experience pain or distress and should be protected under the Animal Welfare (Sentience) Bill.

The bill previously recognized all animals with spines as sentient beings, but after receiving findings from the report, a statement from the government last week said that it would expand protections to include “lobsters, octopus and crabs and all other decapod crustaceans and cephalopod molluscs.”

Researchers analyzed more than 300 existing scientific studies to reach their conclusion. They used eight different indicators to measure sentience, including learning ability, possession of pain receptors, connections between pain receptors and certain brain regions, response to anesthetics or analgesics, as well as behaviors that included balancing threat against opportunity for reward and protection against injury or threat.

The report states there was “very strong” evidence of sentience in octopods and “strong” evidence in most crabs. For other animals in these two groups, such as squid, cuttlefish and lobsters they found “substantial evidence.”

The paper included a number of humane practices to abide by during transportation, stunning and slaughter. And it cautioned against treatment such as declawing, nicking, eyestalk ablation, selling live animals to untrained handlers and extreme slaughter methods such as live boiling without stunning.

In its response to the report, the UK government said expanding the definition to include the other species under the existing legislation would not impact practices around fishing, shellfish catching or the restaurant industry. However, when the bill becomes law, an Animal Sentience Committee will be created. The committee will report on how well the government accounts for sentient animals in policy, likely assessing such industry practices in the future.

Of course these animals are sentient. How has it that this is not understood by the general population, much less the scientific community? All this technology, yet so much ignorance.

Popular
Yes, the Government Really Does Stash Billions of Pounds of Cheese in...Emily Baron Cadloff
7 Smokable Plants You Can Grow That Aren’t MarijuanaBrian Barth
How to (Actually) Get Rid of Fruit FliesEmily Baron Cadloff
6 Differences Between Llamas and AlpacasAndrew Amelinckx
What to Do With an Abundance of PeppersShelby Vittek
Explore Modern Farmer
Related
Animals
Cattle Ranchers On High Alert After Longhorned Tick Found in MissouriShea Swenson
Food & Drink, Health
The Potential of Propolis for BeekeepersHolly Regan
Food & Drink, MTMF
Meet the Former Chefs Growing Restaurant-Driven Produce in Suburban AlbanyKerri Sullivan
Food & Drink
‘Tis the Season For GleaningCrystal Sands
wpDiscuz
We use cookies on our website to give you the most relevant experience by remembering your preferences and repeat visits. By clicking “Accept”, you consent to the use of ALL the cookies.
Cookie settings ACCEPT
Privacy & Cookies Policy