Are Appalachian Foodways at Risk of Being Lost Forever? - Modern Farmer
Food & Drink

Are Appalachian Foodways at Risk of Being Lost Forever?

Younger generations have been slow to embrace the region’s unique food and foraging traditions, making it all the more important to preserve them before it’s too late. 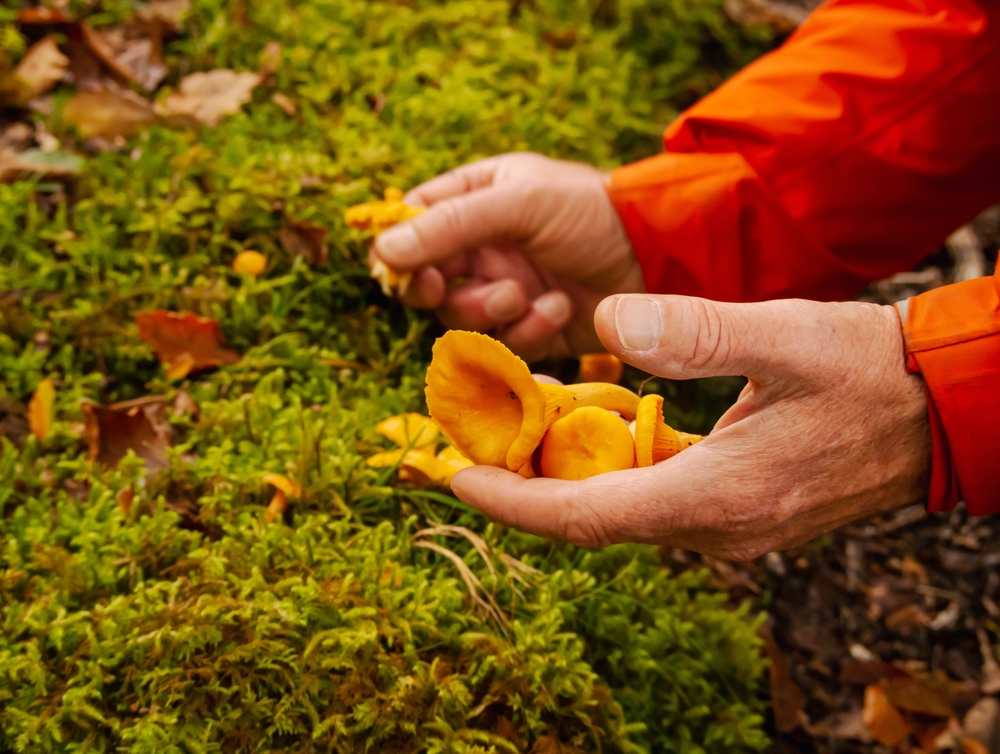 Foraging for foods such as chanterelle mushrooms is a common tradition in Appalachia.
Photography by Yvonne Griffiths-Key, Shutterstock.
Share
Tweet
Pin
Email

As a kid, I delighted in grossing out my elementary school classmates with details of how my lower-income, Middle Tennessee family ate squirrel meat. My grandfather would go out with a hunting rifle and get a mess of squirrels from the woods on our property. Then we’d fry up the meat like chicken and make gravy to plop on top.

“The brain is the best part though,” I’d tell my friends, and pantomime cracking the skull with a spoon in order to slurp the soft, grayish meat out.

How I wasn’t more popular is beyond me.

Growing up, a lot of the food my family ate was caught, killed or grown, like the tomatoes in my grandfather’s garden, the deer we cleaned and cooked or the fish we fried after catching them in a nearby creek. We shopped at the grocery store, of course, and I even later became a vegetarian, but like many Southern and Appalachian families, we also knew how to survive off the food sources already available to us for free.

Decades later, many of these same survival foods are still eaten in parts of the region. The foods are largely gathered or foraged, not gardened. But some younger Appalachians struggle to understand the relevance of say, poke salad, morel mushrooms or ramps. Historians and chefs alike say it’s more important than ever for us to collect historical recipes from elders and continue the tradition, not only because Appalachia’s resources are being threatened by climate change but because without preservation, these foods and their stories may be lost forever. 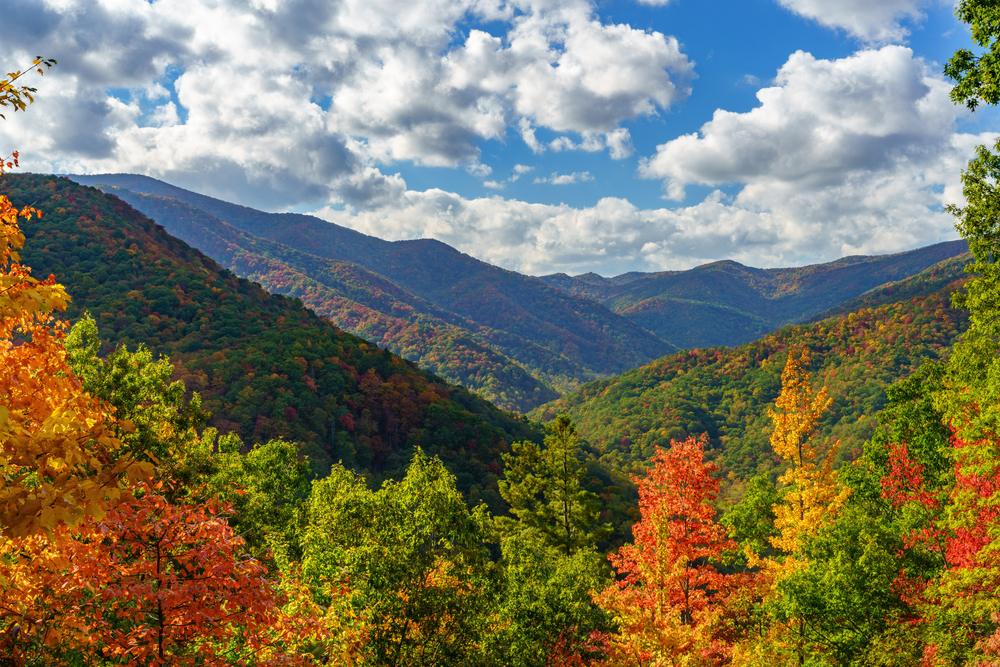 Fall in the Appalachian Mountains. Photo by TheBigMK, Shutterstock.

Appalachia’s food traditions are influenced by both a diverse makeup of people and unique geography. In a 2018 interview, Elizabeth Catte, author of What You Are Getting Wrong About Appalachia, said the face of working-class Appalachians is more likely to be a person of color or a woman instead of the “white miner” stereotype people have about the region. Additionally, West Virginia University geology professor Steve Kite told West Virginia Public Broadcasting that some areas are made of rocks 1.2 billion years old.

According to the Appalachian Regional Commission, Appalachia is made up of 420 counties across 13 states and spans 205,000 square miles from southern New York to northern Mississippi. Its 25 million residents live in parts of 13 different states. According to many food experts and historians, Appalachian food traditions were influenced by various groups, including Native American tribes, enslaved Black people and poor white people who were mostly European immigrants. The mountainous region contains fish, such as trout, not as commonly found in other parts of the country, and a bounty of spring vegetables.

To understand what sorts of foods people ate—and continue to eat—in Appalachia, it’s helpful to organize them into categories: meat, plants and vegetation, and fungi. American culinary historian Adrian Miller, James Beard Award-winning author of Soul Food: The Surprising Story of an American Cuisine, One Plate at a Time, says many families raised and ate pork, but they would also hunt squirrels and opossums for meat sources. He says many hunters would have created a “hunter stew” with meat and vegetables gathered nearby.

“You would have wild game mixed with local vegetables,” Miller says. “Brunswick stew started out with squirrel meat. Today, the same dish is made but with chicken.”

Although I’ve never seen squirrel on a menu in a restaurant, I’ve certainly seen plenty of chicken. It’s not a stretch to say some food traditions may be lost to a mainstream demand for poultry and other common meats such as beef. Even a quick Google search of “Brunswick stew” returns no recipes with wild game, nor does it seem to accentuate its history.

Barbara Swell, founder of the Log Cabin Cooking School in Asheville, North Carolina, says trout was also commonly fished from streams, and Clark Barlowe, chef and founder of Potential Pantry, says he has even developed education material on how to prepare beaver tail, which he smoked and cured. 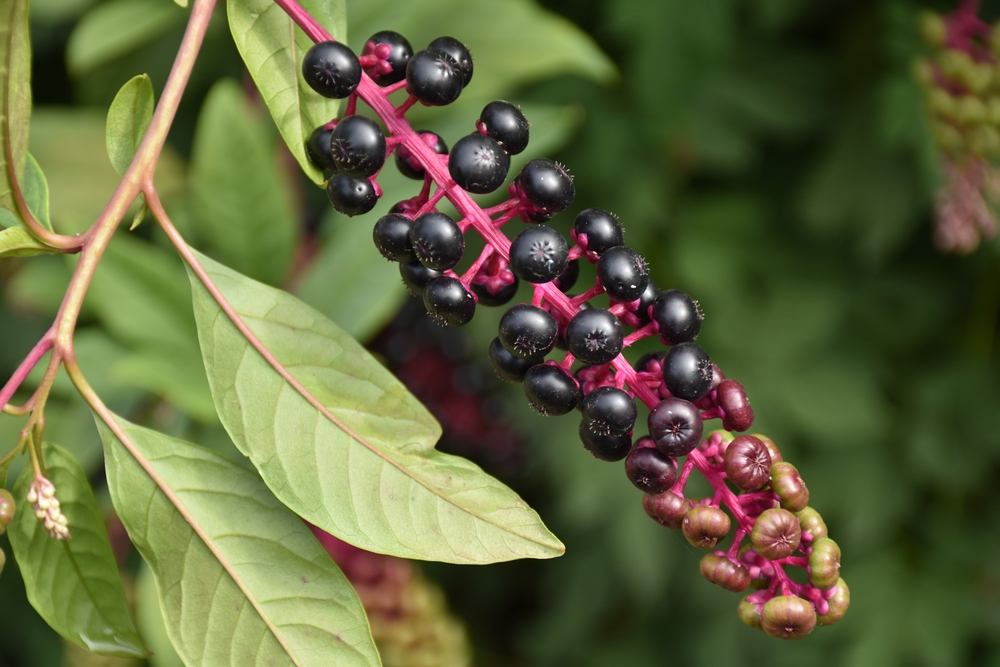 Pokeweed is a poisonous plant when not cooked properly, but a prized ingredient in Appalachian cooking. Photo by Ivanhoe106, Shutterstock.

Barlowe is one of the few chefs who works with traditional Appalachian greens such as ramps and pokeweed, the main ingredient in poke salad, a regional favorite. He used to serve poke salad in his North Carolina restaurant before moving across the country and launching Potential Pantry, through which he provides catering and educational classes focused on wild and foraged foods. According to culinary historian Miller, most Appalachians would have learned how to make poke salad from pokeweed, a toxic plant when not prepared correctly, from Native American tribes or enslaved Black people. Barlowe has cooked not only the greens but also the berries, which he used to make poke berry ice cream.

Log Cabin Cooking School’s Swell highlights branch lettuce as another common green she learned to forage from an elder and friend. According to Appalachian Memory Keepers, the plant isn’t really a lettuce, and like poke salad, is a “stretch” food because it comes up early in the spring and helps families bridge the food gap between winter and spring.

“She would say, ‘oh the branch lettuce is up now, I’d give anything for a mess of that,’” Swell says of her older friend. “Make sure it’s clean, and collect it when it’s young. She waxed poetic about that to no end.”

Other sources of food included foraged fungi, such as morel mushrooms. While morels are prized among chefs and home cooks across the country now, they are also an important spring food that historically would’ve helped Appalachians bridge the food gap between winter and summer.  Barlowe says there are a lot of historical accounts of Appalachians eating morels, which are conical. He says they’re often called “dry-land fish” and are easy enough to forage because they are unique and recognizable. 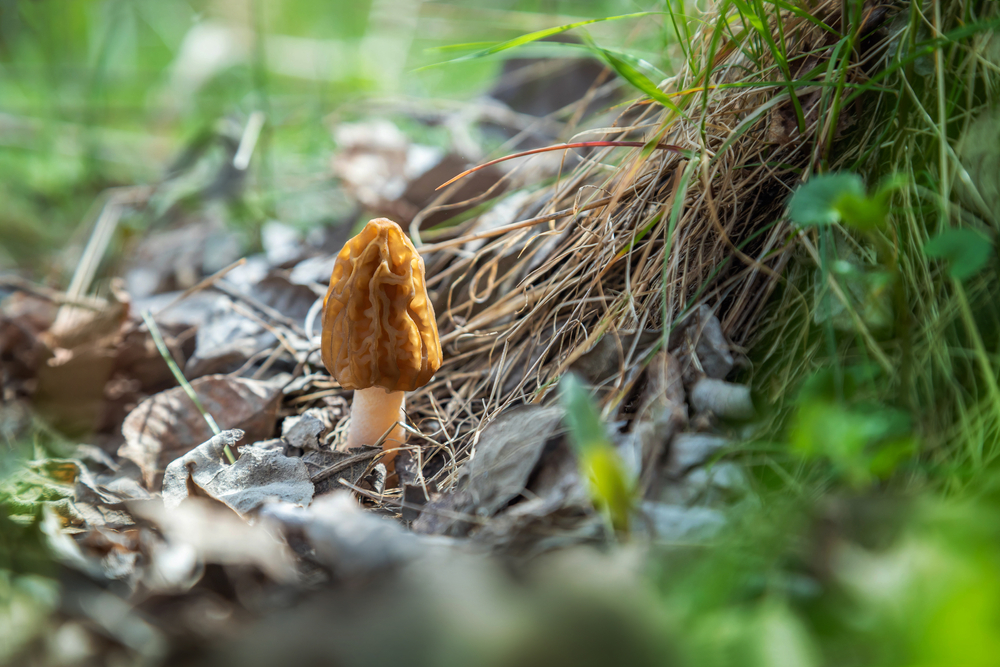 Morel mushrooms sprout up every spring. Photo by Brum, Shutterstock.

Both Miller and Barlowe encourage young people to learn traditional foods and foraging skills, and it seems like the practice is growing more popular. The Tennessee Foragers & Mushroom Hunters Facebook group is a great place to meet like-minded folks in my area, and the group’s more than 9,000 members help each other identify mushrooms and plants such as mullein, often smoked to alleviate respiratory illnesses. One member recently commented that he values foraging because it can offset problems with the supply chain, so he doesn’t have to worry if grocery shelves are thinly stocked. Another member said she expected about 40 people to come to her 500-acre property for a two-day foraging fest, a private event open only to group members. There doesn’t seem to be just one kind of person in the group, and Barlowe says he recognizes a similar diversity at Potential Pantry, too.

“I don’t think there’s a way to say ‘this type of person is interested in foraging,’” Barlowe says. “I see a lot of older people, younger people—it’s all across the board. One thing [about] them is they’ve started caring about where their food comes from and how it affects their overall health.”

Barlowe also says it’s important to forage sustainably, and he says that some commonly gathered items such as ramps are in particular danger. He says there are ways to collect ramps, another wild spring vegetable foraged in Appalachia, that allow them to re-grow relatively quickly. But growing them from seed could take a decade to produce a mature plant.

Beyond foraging, many historical Appalachian foodways are passed down as oral traditions, so preserving them simply starts by writing them down. Although some cooks may want to maintain an air of mystery around a certain recipe, Miller says that, usually, elders will let you watch them make a dish or perhaps even videotape the process.

“I love [recipes] that put in some kind of context,” Miller says. “‘This was a Sunday dinner family treat; when we had a community celebration, this was a featured dish.’”

While it’s unlikely that I’ll be stewing squirrel any time soon now that I’m a vegetarian, I’ve found joy in resurrecting Appalachian foodways and recipes. This year, I learned to make poke berry jelly—which won best in show at the county fair, mind you—as well as how to forage delicious chanterelle mushrooms. Like Miller says, it’s easier to start when you have a guide, but making old traditions new again helps us celebrate where we come from, no matter what part of the world you might live in.