This US Army Veteran Continues to Serve Her Community By Farming

Indigenous farmer Amyrose Foll has sought to lift up a nation through the act of growing and providing food. 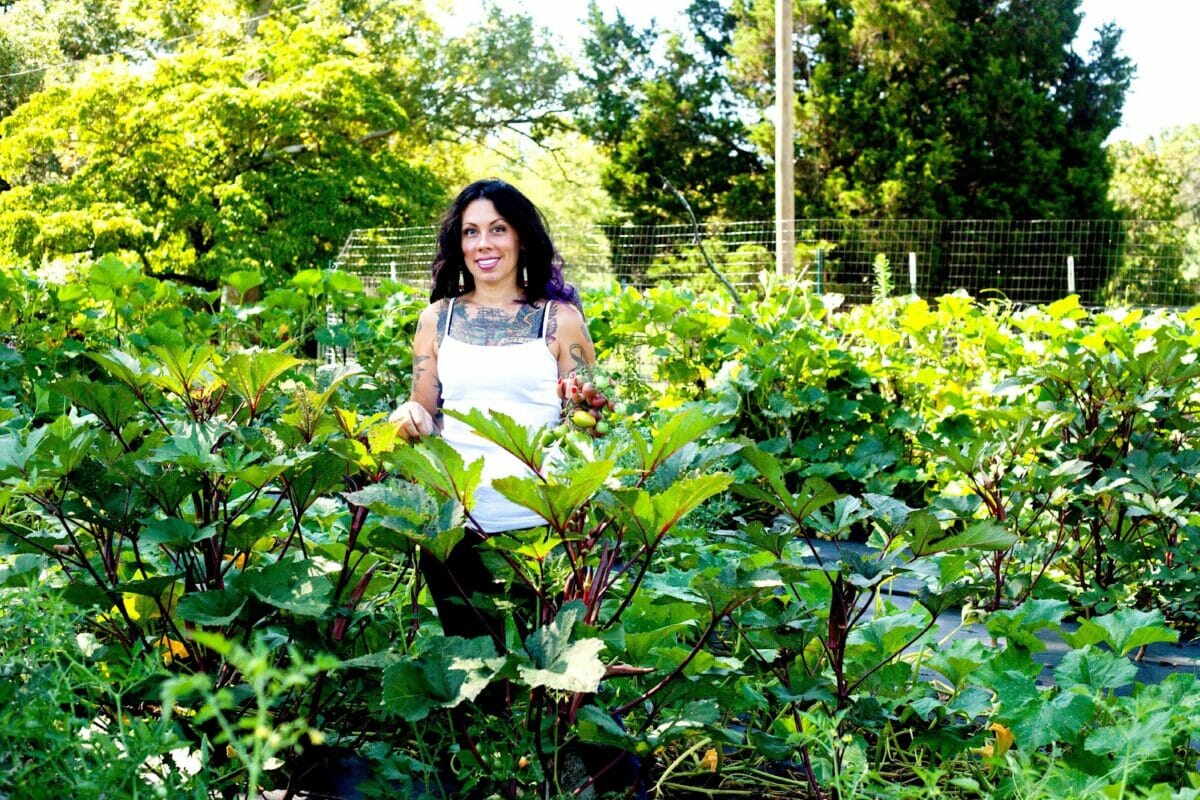 Throughout her life, Amyrose Foll has carried a strong sense of duty to serve others. For nearly a decade, she’s managed to do so in various ways: first as an intelligence analyst in the US Army, and then as a nurse and firefighter. But after she started growing her own food while raising children in the midst of an abusive relationship, Foll came to deeply understand the impact it had on herself, and she saw the profound and wide-ranging effect it could have on other vulnerable people.

“It reassured me of my ability and resilience. Farming ultimately gave me a lifeline and a safety net,” she says, noting it ultimately allowed her to leave her abusive spouse. “Ag is now who I am, not just what I do…The path I’ve taken that is allowing me to empower others to take control of their food, health and well-being is, in a way, more valuable.”

Since she first began growing her own food as a way to support herself, Foll’s relationship with agriculture has evolved. In 2019, she founded Virginia Free Farm in Kents Store, Virginia. After garnering a steady income through selling to local restaurants, retailers and farmers markets, Foll realized she had mounds of excess food on her hands, so she started donating the fresh foods to elderly neighbors and food banks in Central Virginia.

A certified nonprofit, Virginia Free Farm aims to provide free nutritious, responsibly produced food to neighbors in need. Foll donates every ounce of food grown on the 26-acre farm, in addition to seeds and planters. “Food is power,” says Foll. “Seed is power.”

As a member of the Abenaki tribe, Foll pays special attention to reviving traditional Indigenous foodways and sees her farm as an important platform to defy the conventional, highly industrialized food system. With Indigenous growers accounting for roughly two percent of the country’s producers, she says she knows her voice and actions are needed.

This has meant saving seeds and starting a seed library to help revive Indigenous plant varieties that have been lost or aren’t available commercially due to a colonized food system. She also employs traditional practices such as controlled burning, natural animal soil disruption and companion planting to foster stronger ecosystems that will be more resilient in the face of climate change.

Foll tries to share the knowledge she’s acquired through every teaching opportunity she has. At the Virginia Free Farm, she offers workshops on how to grow your own food. The intent is to lift residents out of food insecurity with nutrient-dense food, while also helping to provide the resources needed for them to become self-sufficient.

“We as a society have become dissociated from our food sources and are progressively more beholden to the industry and sicker as a result,” she says. “Even helping a family start a garden to provide their own food to eat and share with their neighbors can provide a source of therapy, teach a child a skill and provide healthy, nourishing access to good quality food.”

Foll reaches her community through partnerships with schools, food banks and organizations such as Food Not Bombs, Lending Hands, Little Flower Catholic Worker Farm and Blessing Warriors. These organizations serve marginalized populations, including undocumented workers, formerly incarcerated women,  as well as members of the LGBTQ and BIPOC communities. She also works with the Richmond Indigenous Society and groups such as the Upper Mattaponi, Rappahannock Nation and Monacan Nation.

To date, she says, a wide-ranging crop lineup of seasonal herbs and greens, broccoli, squash, beans, corn and various fruit trees have fed roughly 500 people each week in communities such as Louisa, Richmond and Charlottesville.

“I have felt vindicated through my work on Virginia Free Farm,” she says. “I know that initially some people thought I was crazy because no one does this, but I love that so many have rallied behind us. I think we are strengthening the fabric of our community, helping the next generation.”

It’s been two years since Foll launched Virginia Free Farm. She hopes to one day set up a network and framework for establishing farms like hers throughout the country because, in her mind, feeding the food-insecure while also empowering them to feed themselves is one of the greatest acts of service one can do.