The in-hive devices are one recent innovation helping to preserve honeybee colonies. 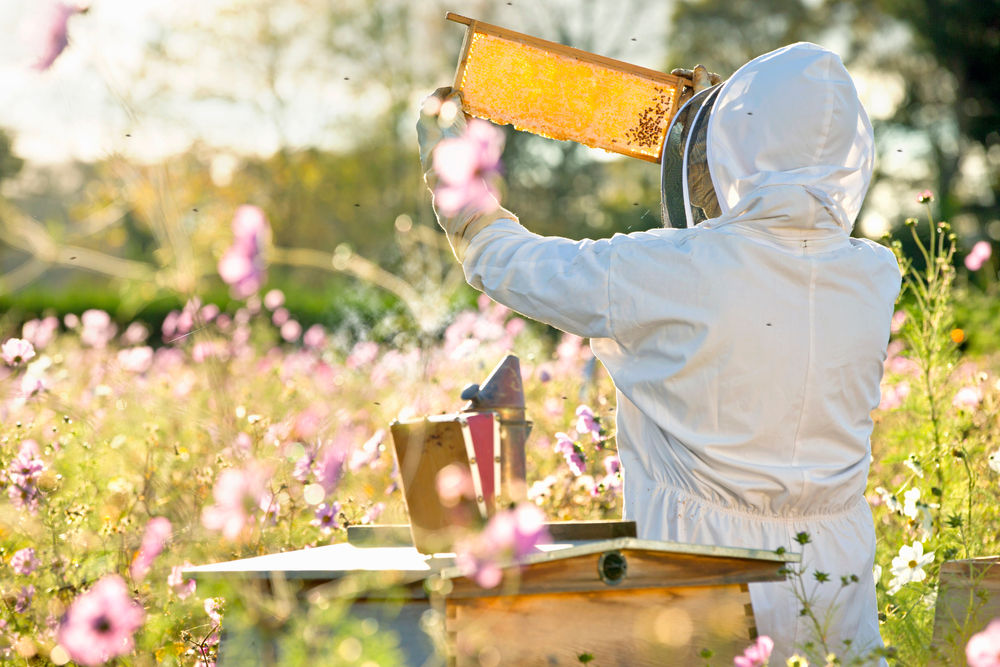 The so-called Smart Hives, developed by the California-based startup BeeHero, are already being used in a number of apiaries across the country. The devices consist of tiny sensors that clip onto the inside of the hive and tap into the genius of data analytics and artificial intelligence. Beekeepers can monitor sound, temperature, humidity and magnetic field, as well as disease onset, brood frame count, queen health and hive theft. To keep tabs on colony health, beekeepers receive updates via text message and emails, allowing them to double down on effective management practices as potential problems surface.

According to the USDA, honeybees alone pollinate 80 percent of all flowering plants, including more than 130 types of fruits and vegetables on which humans depend as food sources. But a combination of factors—such as widespread monoculture, pesticide use and climate change—has been threatening honeybee colonies in recent years.

Between October 2018 and April 2019, scientists reported a 40-percent decline in honeybee colonies—the highest winter loss in more than a decade. And from April 2020 to April 2021, the nonprofit Bee Informed Partnership reported an estimated loss of 45.5 percent of managed honeybee colonies, making it the second-highest annual loss on record.

Smart Hives are not the only type of technology attempting to address the loss of pollinators. In Europe, innovations such as Hiveopolis’s robot dancing bees, which direct a hive toward harvesting nectar or pollen and away from dangerous areas, have garnered attention. Israeli agri-tech company Edete has also been taking off in the almond market with its bee-free pollination machines.

But BeeHero founder Omer Davidi told TechCrunch that his company has data showing it has been able to reduce hive mortality by 20 to 25 percent with the Smart Hives. Since breaking into the US market two and a half years ago, the company has worked with five of the top 20 beekeepers in the country, in addition to a number of medium-sized apiaries.

This month, the company locked in $19 million in funding to increase services for large food-growing operations—something it says will help put it on a path toward becoming the largest pollination provider in the country.