There’s a Pumpkin Fungus Among Us - Modern Farmer
Plants

There’s a Pumpkin Fungus Among Us

It’s threatening the supply of the iconic fall gourds, along with poor weather and shipping issues. 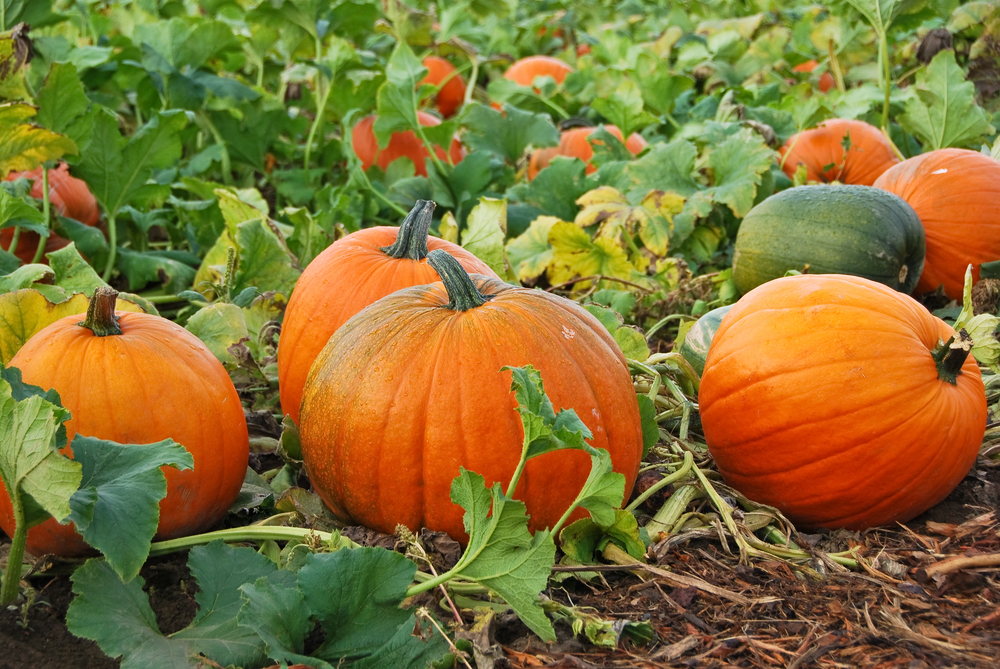 Picturesque, healthy pumpkins are an anomaly in some areas of the country this fall.
Photography by Loren L. Masseth, Shutterstock.
Share
Tweet
Pin
Email

If you’ve had trouble finding a pumpkin to plant on your doorstep just in time for spooky season, chances are you’re not alone.

Chatter around pumpkin shortages has been circulating in recent weeks. The main culprit of such a crisis? Unfavorable weather conditions, shipping issues and a sprouting fungus across some of the US’s biggest pumpkin-producing states.

California is one of those places. Growers have reported fewer varieties and smaller yields due to an ongoing drought plaguing the state. Others have said water is so scarce they’ve only been able to grow half of their normal quota. In the Sacramento Valley, one farmer told a news station that growers in the region had their pumpkins destroyed by a virus. Some throughout the state have even decided they were better off sourcing their pumpkins from places such as Oregon, which is typically too wet but experienced an ideal growing season that was much drier than average this year.

Similarly, retailers in northeast Kansas have sourced from Nebraska because this year’s rainy and hot weather has quashed pumpkin harvests, while North Carolina growers said their wet spring and summer have cut their harvest in almost half.

Pumpkin Patch Fundraisers Inc., one shipping company that sends millions of pumpkins to more than 40 states across the country, told a local news outlet that the business has been dealing with a shortage of truckers. The owner said that, since September 15, it has been consistently behind by 40 to 50 loads.

Between shipping issues, having to source a crop from farther distances and overall fewer pumpkins being grown, it would be reasonable to expect to buy this year’s gourds at a premium.

The USDA has already captured prices shooting up across the country. Data from the agency, documenting the second week of September, shows that jack-o’-lantern pumpkins (called Howden pumpkins) sold at $5.17, seven percent more compared to the same time in 2020, when the same type of pumpkin cost $4.83.

In Illinois, which produces anywhere from 80 to 90 percent of the country’s pumpkins, a pesky fungus decimating its patches could have one of the largest impacts.

The fungus, identified as phytophthora capsici, was first reported this summer. This year is said to be the third time in 30 years that it’s striking down patches. Heavy rain and higher-than-usual temperatures across west-central Illinois were the perfect conditions for it to re-emerge. Some farmers have attributed it to losing around 25 to 30 percent of their yield.

However, the state’s shortage is expected to affect canned pumpkin products more than the fall gourds in patches that are primed for picking. Illinois’s pumpkin crop is reported to represent more than 82 percent of canned products sold around the world.

So, if you haven’t stocked up on that filling for your Thanksgiving pie, it might be wise to put that at the top of your to-do list.

I predict that this pumpkin shortage will be resolved on November 1st.