Rising Temperatures and the Future of Outside Livestock Production

Researchers say farmers will need to adapt in order to protect their animals. 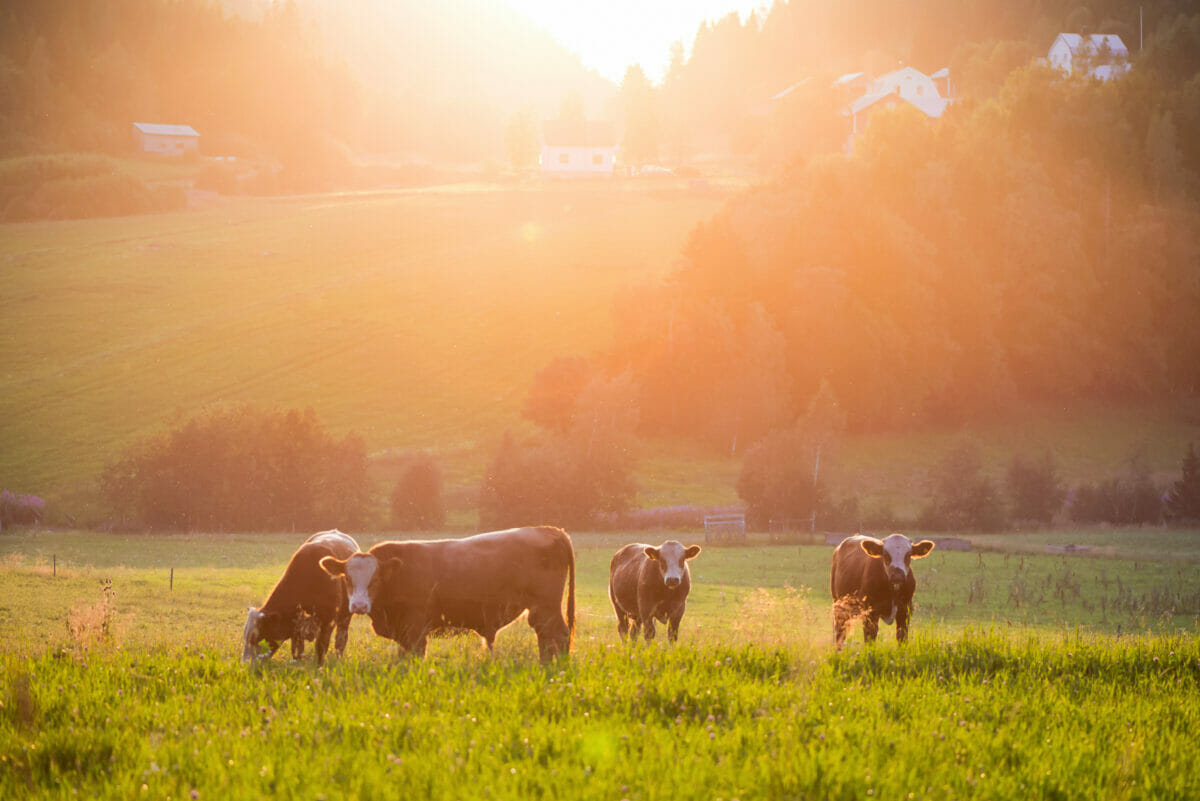 Livestock roaming amongst pasture could soon be a thing of the past.
Photography by Stefan Holm, Shutterstock.
Share
Tweet
Pin
Email

Amidst climbing temperatures and record-breaking heat waves, farmers worldwide have seen the health and production of their livestock come under threat in recent years. The ways in which a specific animal responds to heat stress vary, but cattle, sheep, goats, poultry and pigs are all susceptible.

Regions spanning the UK, Canada’s west coast and the Pacific Northwest are just a few places that have recently grappled with small doses of the effects of climate change. New research, however, has helped piece together an understanding of what challenges are in store for livestock producers over the next few decades. And based on their number crunching, farm animals will experience much more heat stress.

The paper, from scientists at Cornell University, analyzed the impact of rising global temperatures on cattle, goats, sheep, pigs and poultry for the years 2050 and 2090. They based their forecasts on a combination of physiological data and future greenhouse gas climate projections provided by the Intergovernmental Panel on Climate Change (IPCC). By 2050, global populations of livestock are expected to experience anywhere from an average of 21 days to 28 days of heat stress per year. Decades later, in 2090, average days of heat stress were calculated at a range of 21 days to a whopping 74 days. This is in comparison to an average of nearly nine days of heat stress experienced globally in 2000.

While findings should garner attention and concern, Mario Herrero, a co-author of the report and professor of sustainable food systems and global change at Cornell University, says farmers and ranchers need to get ahead of what they may encounter.

“Let’s not wait for the climate to have changed so much,” he says. “When this becomes the norm rather than the exception, it could mean significant economic losses but also significant adaptation needs. We may end up having systems that look completely different as a result of these changes.”

Herrero says producers should consider implementing ventilation and cooling systems that are available to them. He adds that breeding animals with genetic traits that better endure heat stress, as well as looking at feeds that ensure animals don’t experience as much of a temperature increase when they eat, could also be potential solutions for the future.

Despite encouraging producers to take the necessary steps to adapt, Herrero says he fears for smallholder farmers in areas such as Sub-Saharan Africa, Southeast Asia and Latin America, who may not have the financial backing of their governments or resources to cope with heat stress in the years to come.

“Livestock remains a very, very important source of livelihoods and nutrition for these families,” he says. “These people get the brunt of climate change impacts, but we know they contribute the least to the problem. It’s a little bit unfair…We really need to make sure that international donors, the international development community steps up to provide options for these farmers to ensure that their livelihoods are not affected.”

In the future, Herrero says, he hopes to illustrate a clearer account of the future farming landscape. He and a number of researchers have been working on a new report linking the economic impacts to current findings, and he anticipates it will be available within the next few months.

Of course moving livestock inside leads to other problems, like dealing with manure. A company, Agrii-Cycle, in Scarborough, ME. is dealing with these problems. How about an article on them?
“Drawdown” by Paul also has many suggested solutions.

In a regular cattle pasture, 6 or 7 feet down, the temperature is likely 10C or less………year ’round.