Why You Can’t Order Booze From Your Favorite Distillery

A new survey shows direct-to-consumer selling is popular, but laws don’t match up with buying habits. 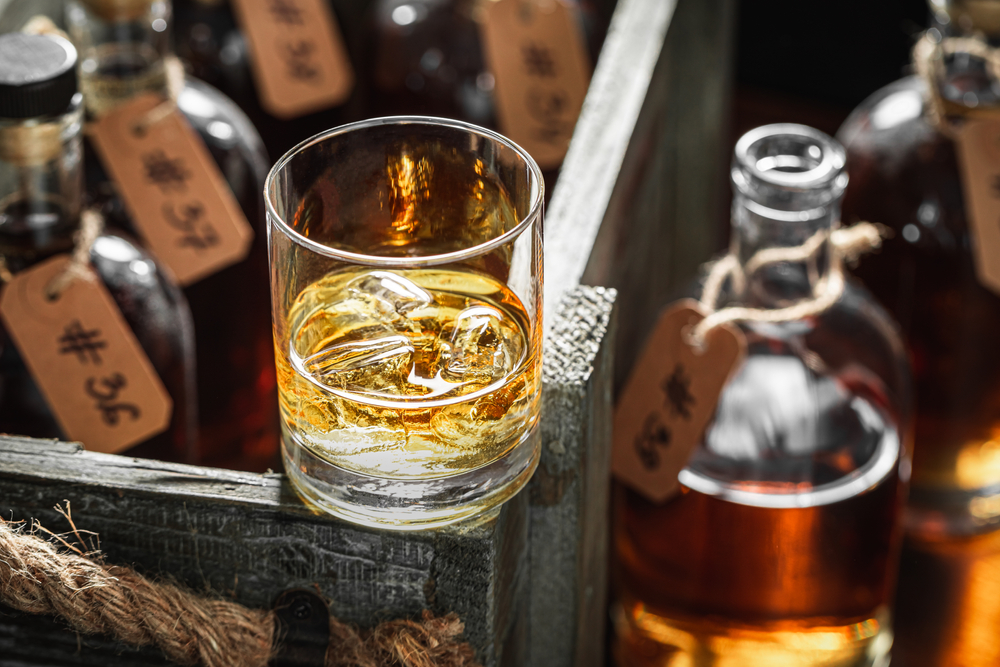 These spirits would taste so much better if they were sent via mail.
Photography by Shaiith/Shutterstock
Share
Tweet
Pin
Email

Here’s a fun fact about hand sanitizer: It has the same alcohol content as vodka.

That was a lucky break for the owners of Ballmer Peak Distillery in Colorado. Austin Adamson and Eric Strom opened Ballmer Peak at the end of 2019, which means the distillery’s first year had a steeper learning curve than most businesses might face.

In early March, when lockdown orders closed much of Colorado, Ballmer Peak’s owners weren’t sure what to do. But they found the World Health Organization’s recipe for hand sanitizer, and they put their stills to work. “We kind of used it as a test pilot to see, alright, with our stills and with our recirculation water, if we were going to be able to get the strength necessary to call it vodka, which happens to be the same strength necessary for hand sanitizer,” Adamson says. They managed to reach the strength needed and developed a recipe for vodka along with the sanitizer, which they distributed for free to the community. And while people came to pick up some sanitizer, enough of them bought a bottle of spirits that Ballmer Peak was kept afloat.

But what the new brewery couldn’t do was ship their vodka, rum, gin or whiskey directly to consumers.

Let’s say you want to order a bottle of its spiced rum, made with sichuan peppercorn, cardamom and ginger, which Adamson describes as “Christmas in a glass.” Because of Colorado’s three-tier system, which is replicated throughout most of the country, producers can only sell to wholesalers, which sell to liquor stores, which sell to customers. This doesn’t help a new distillery like Ballmer Peak, as their bottles aren’t widely available in stores yet. “It would have been great if we were able to use other courier services or if there was an app-based solution that would work, that didn’t require our products to already be in a liquor store,” Strom says. Luckily, if you live in Colorado, you could order a bottle, but only if store employees or owners personally delivered it, due to temporary pandemic regulations. That’s tough  for a small operation. “Those were additional resources that we couldn’t really take advantage of,” says Strom. “We did maybe a few deliveries, but only for larger orders. People that were in the neighbourhood.”

Expanding direct-to-consumer (DTC) shopping could help distilleries around the country, and it’s something that the Distilled Spirits Council of the United States (DISCUS) wants to see adopted in more states. It seems that customers want that, too. A recent survey showed 80 percent of respondents want to buy directly from distilleries, just like they can shop for wine. “[Distilleries] would like to have the same opportunities that wineries have,” says Christine LoCascio, chief of public policy for DISCUS. The majority of states (46, plus DC) can ship wine directly to customers. But, for spirits, only 10 states allow it.

While LoCascio says it’s been a growing problem for years, the pandemic shone a harsher light on the disparities between wine and other alcohol legislation. With more customers ordering groceries, food and everyday purchases online, distilleries felt the pain of not being able to ship products to people who wanted to buy them.

DISCUS estimates that there are more than 2,000 craft distilleries in the country. For the majority of those distillers, tasting rooms are where they make the bulk of their revenue. They need customers to come to them, taste their spirits and buy bottles to take back home. So, when the pandemic hit and tasting rooms shut down, it was devastating to the industry. Nearly 55 percent of American distillers say their revenues declined in 2020, and DISCUS projects a loss of about $700 million across the industry from lost sales.

DTC shipping has hiccups across North America. In Toronto, Jessica Chester was getting ready to launch Laneway Distillers in May 2020. But in March, borders locked down, and Chester says she was filled with thoughts of “panic and debt.”

Chester and her co-founder, Reagan Soucie, had to pivot. The two women started their line of gins and vodka, appropriately enough, as an idea while they shared a drink in the back lane behind their homes. They bought a small still, started experimenting with hyper-local ingredients, like juniper and botanicals from northern Ontario, and even maple syrup. They were used to experimenting, and they hoped for the best.

She and Soucie approached Ontario’s liquor board and tried to get their bottles into as many stores as possible. “Reagan makes the most amazing cocktails,” Chester says, so they sent recipe cards out with small showcase boxes and started hosting virtual tastings sessions over Zoom.

The one thing that she wasn’t able to do was sell bottles directly to her customers. Like the US, only a few Canadian provinces allow interprovincial DTC shipping of liquor, and Ontario isn’t one of them. Dan Albas, a member of Canadian Parliament, proposed an amendment to the Canada Post Act. It would allow reciprocal alcohol trade throughout the country, shipped through the mail. The amendment has support from industry and consumers, but it hasn’t advanced any further yet.

Chester says she would like to see a much more open market for alcohol and spirits, as the different provincial regulations can be a headache for small businesses.

The US has a similar amendment proposed,  the United States Postal Service Shipping Equity Act, which DISCUS supports. It would let the post office deliver spirits wherever state law permitted. For some craft distilleries, USPS is their only mail service, so the act could be a money maker. “We estimate it could generate $180 million in new revenue for the US Postal Service, if it’s active,” says LoCascio. There were also some temporary STC regulations adopted by states during the pandemic. Those in New York just ended, and there’s a push to make California’s measures permanent. But, ultimately, each state has its own codes and procedures, which makes shipping DTC tricky.

In states that do allow DTC, some distilleries had a slightly easier time during the pandemic. At Ferino Distillery in Nevada, Joe Cannella had to experiment throughout the pandemic. He also made hand sanitizer, donating it to local fire departments. Eventually, Cannella hit on a cocktail membership club, with themed drinks sent to members each month. “We did an old Reno theme, with local favorites. We did a Harry Potter theme. It was basically one cocktail from each of the houses of Hogwarts,” says Cannella. There was a hot-toddy theme, and so on. Still, it wasn’t the same.

“My favorite part of the job is giving tours and meeting folks from all over the world that come here to do something interesting, and I really mean it,” Cannella says. “To not have that energy in here, just emotionally and psychologically, it was draining.” Because of Nevada’s existing DTC regulations, Cannella was able to send cocktails to customers across the state but not beyond. But that extra boost in sales was a balm during a quiet period.

Although each state has its own regulations, LoCascio says Kentucky has a DTC regulation she would hold up as a model. It allows out-of-state distillers to ship into the Bluegrass State, while in-state distillers can send their booze across Kentucky. It’s something she would like to see adopted more broadly and which DISCUS says consumers want after a year of online pandemic shopping.

For now, Adamson and Strom of Ballmer Peak are happy they made it through their first year relatively unscathed. They used the time to experiment with their recipes and find ways to reduce waste to be as sustainable as possible. And it turns out that making hand sanitizer might have saved them. People remembered the business and came back to support them as soon as they could.

The first night they were allowed to open to the public, Strom says they were packed. “I remember telling Austin, I’m hiring a bartender tomorrow,” Strom says.

Clarification: July 19, 2021.
An earlier version of this story stated that the Kentucky regulations concerning direct-to-consumer liquor sales allow distillers to ship in and out of state, but out-of-state shipments depend on the laws of the state being shipped to. Out-of-state distillers can also ship into Kentucky.

These archaic laws need to go. Win-win all around, for the distiller, consumer, shippers, and those levying taxes.