While Debate Rages Over Glyphosate-Based Herbicides, Farmers Are Spraying Them All Over the World - Modern Farmer
Environment, Plants

While Debate Rages Over Glyphosate-Based Herbicides, Farmers Are Spraying Them All Over the World

The weed killer has become pervasive and is now showing up in humans. 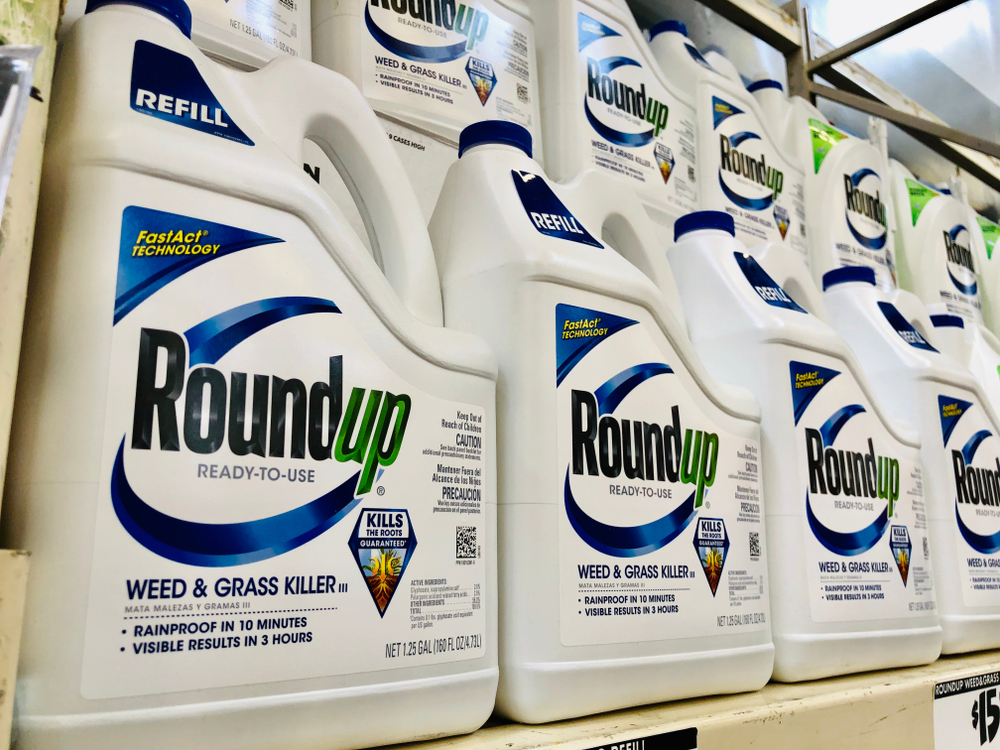 Bayer's Roundup is the highest-selling and most profitable herbicide every to appear on the global market.
Photography by ZikG/Shutterstock
Share
Tweet
Pin
Email

As North America enters its peak summer growing season, gardeners are planting and weeding, and groundskeepers are mowing parks and playing fields. Many are using the popular weed killer Roundup, which is widely available at stores like Home Depot and Target.

In the past two years, three US juries have awarded multimillion-dollar verdicts to plaintiffs who asserted that glyphosate, the active ingredient in Roundup, gave them non-Hodgkin lymphoma, a cancer of the immune system. Bayer, a German chemical company, bought Roundup’s inventor, Monsanto, in 2018 and inherited some 125,000 pending lawsuits, of which it has settled all but about 30,000. The company is now considering ending US retail sales of Roundup to reduce the risk of further lawsuits from residential users, who have been the main source of legal claims.

As scholars who study global trade, food systems and their effects on the environment, we see a bigger story: Generic glyphosate is ubiquitous around the globe. Farmers use it on a majority of the world’s agricultural fields. Humans spray enough glyphosate to coat every acre of farmland in the world with half a pound of it every year.

Glyphosate is now showing up in humans, but scientists are still debating its health effects. One thing is clear, though: Because it’s an effective and very cheap weedkiller, it has become pervasive.

When glyphosate was commercialized under the Roundup brand name in 1974, it was widely viewed as safe. Monsanto scientists claimed that it would not harm people or other nontarget organisms and did not persist in soil and water. Scientific reviews determined that it did not build up in animal tissue.

Glyphosate killed more target weed species than any other herbicide before or since. Farmers started spraying it on fields to prepare for the next cropping cycle.

In the 1990s Monsanto began packaging glyphosate with crops that were genetically modified to be resistant to it, including corn, soybeans, cotton and canola. Farmers who used these “Roundup Ready” seeds could apply a single herbicide to manage weeds during the growing season, saving time and simplifying production decisions. Roundup became the highest-selling and most profitable herbicide ever to appear on the global market.

In the late 1990s, as the last patents for glyphosate expired, the generic pesticide industry began to offer low-cost versions. In Argentina, for example, prices dropped from $40 per liter in the 1980s to $3 in 2000.

China still dominates the pesticide industry—it exported 46 percent of all herbicides worldwide in 2018—but now other countries are getting into the business, including Malaysia and India. Pesticides used to flow from Europe and North America to developing nations, but now developing countries export many pesticides to wealthy nations. More pesticide factories in more places leads to oversupply and even lower prices, with critical implications for human health and the environment.

Thanks to cheap globalized manufacturing, glyphosate has become ubiquitous on farmland worldwide—and in human bodies. Researchers have detected it in the urine of children in remote villages in Laos and babies in New York and Seattle.

There also are questions about possible linkages between glyphosate and other human health problems. A 2019 study found that children whose mothers experienced prenatal exposure to glyphosate had a significantly higher risk of autism spectrum disorder than a control population.

Studies have found that glyphosate causes liver and kidney damage in rats and alters honey bees’ gut microbiomes. Mice exposed to it have shown increased disease, obesity and birth abnormalities three generations after the exposure. Although glyphosate breaks down in the environment relatively quickly, it is present in aquatic systems at a volume large enough to be detected in blood samples from Florida manatees.

However, the US Environmental Protection Agency and the European Food Safety Authority maintain that glyphosate is unlikely to cause cancer in humans and does not threaten human health when used according to the manufacturer’s directions.

A challenge for regulators

In the 1990s and early 2000s, the world community adopted several groundbreaking agreements to restrict or monitor sales and use of hazardous pesticides. These agreements—the Stockholm and Rotterdam conventions—target compounds that are either acutely toxic or persist in the environment and accumulate in animals, including humans. Glyphosate does not appear to meet these criteria, but humans may be more exposed to it because of its ubiquity in soil and water and on food.

Today a handful of countries, including Luxembourg and Mexico, have banned or restricted the use of glyphosate, citing health concerns. In most countries, however, it remains legal with few restrictions.

Scientists are unlikely to reach consensus soon about glyphosate’s health and environmental impacts. But that has also been true of other pesticides.

For example, DDT—which is still used in developing countries to control mosquitoes that spread malaria and other diseases—was banned in the US in 1972 for its effects on wildlife and potential harm to humans. But it was not thought to cause cancer in humans until 2015, when scientists analyzed data from women whose mothers were exposed to DDT while pregnant in the 1960s, and found that these women were more than four times as likely to develop breast cancer than others who were not exposed. This study was published 65 years after the first congressional testimony on DDT’s human health impacts.

Science can take a long time to reach conclusive results. Given how widely glyphosate is used now, we expect that if it is definitively found to harm human health, its effects will be widespread, difficult to isolate and extremely challenging to regulate.

And finding a cheap silver bullet to safely replace it could be hard. Many substitutes on the market today are more acutely toxic. Nonetheless, there’s a need for better options, because weeds are developing resistance to glyphosate.

In our view, growing concerns about glyphosate’s effectiveness and possible health impacts should accelerate research into alternative solutions to chemical weed control. Without more public support for these efforts, farmers will turn to more toxic herbicides. Glyphosate looks cheap now, but its true costs could turn out to be much higher.

This article has been updated to remove a reference to glyphosate detection in breast milk, which was based on a study that was not peer-reviewed.

The authors appear to be geographers. This article is really quite misinformed.

Yup, where are all the sources for all of these claims?