The review could impact meat processed in the United States but grown and raised internationally. 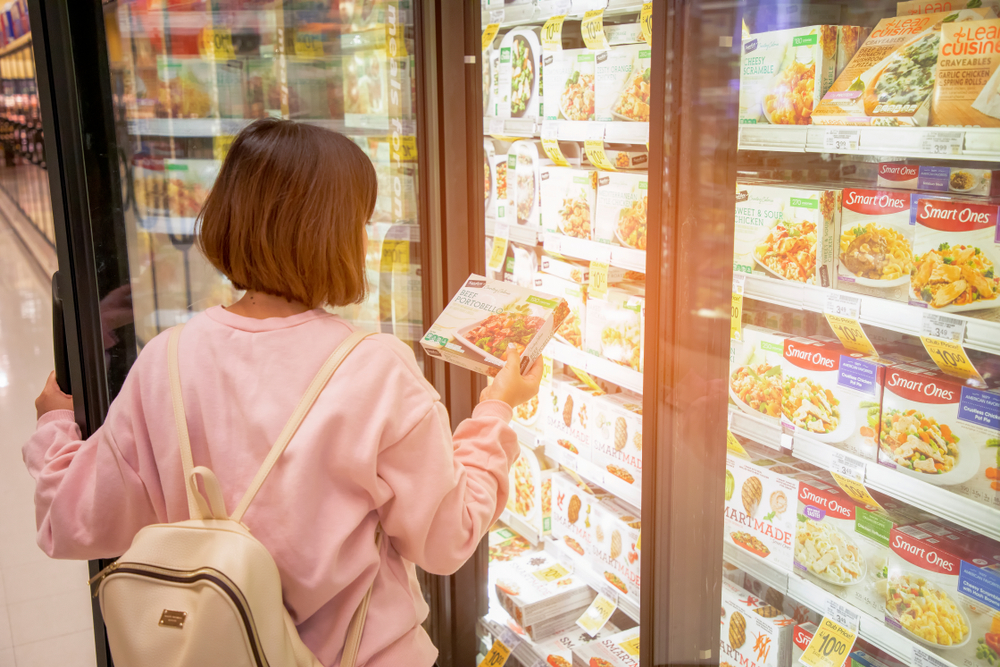 The USDA has not announced a timeline for the review.
Photography by Bill45/Shutterstock
Share
Tweet
Pin
Email

The US Department of Agriculture has promised to do a “top-to-bottom” review of the “Product of the USA” label, in an effort to find out what it means to consumers. This follows a revamp of the rules from the Federal Trade Commission.

Last week, the FTC announced that anyone who voluntarily uses the “Product of the USA” label will have to prove that their product was entirely, or nearly entirely, produced in the United States. The FTC has been able to seek penalties and fines from “Made in the USA” fraud since 1994, but only if the commission actually issued a ruling. It has been reluctant to do that for years, but it has now codified its ability to penalize false claims. With this new regulation, the FTC will be able to fine rule-breakers more than $43,000 per violation.

The USDA announced it would take the opportunity to review how the “Product of the USA” label is applied to food, especially in light of comments submitted to the USDA regarding meat labelling. In a statement, Agriculture Secretary Tom Vilsack said that consumers rely on the labels to learn about their food and producers use the labels to inform customers. Now, Vilsack said, “The current ‘Product of USA’ label on meat products may no longer effectively serve either of those purposes, to the detriment of consumers, producers and fair and competitive markets.”

The USDA’s review is being applauded by organizations such as the National Farmers Union (NFU) and the Consumer Federation of America (CFA). These groups have long opposed the current labelling system, which could label meat that was born, raised and slaughtered in another country as a “Product of the USA” if it was simply processed inside the country.

NFU president Rob Larew urged the USDA to only allow meat that has never left the US the right to use that label. “American consumers deserve to know where their meat comes from. Whether they want to keep their food dollars in their community, limit their food miles or avoid unsustainable or unethical practices, there are many reasons why someone would want to know what country their meat was raised in,” Larew said in a statement.

While the USDA has promised an internal review, there are no specific commitments regarding the outcome. Vilsack admitted that some consumers may be confused by the label, but he has not determined how the label should be applied going forward. In a CFA poll, 89 percent of respondents strongly approved of country-of-origin labeling on fresh meat. Thomas Gremillion, director of Food Policy at CFA, said in a statement that he hopes the USDA reintroduces mandatory labelling. “USDA has the authority—and indeed the duty—to protect consumers from deceptive and misleading claims.”

The USDA has not announced a timeline for the review, although it did say it would collect data and request comments from stakeholders, including international trade partners.

Related
Food & Drink, Technology
How High-Pressure Processing Is Helping Remote Farmers Bring Fresher Foods to MarketNaoki Nitta
Food & Drink, Plants, Recipes
A Botanist-Bartender’s Ode to the DandelionDanny Childs
Politics
President Biden Calls on Farmers to Double Crop in Face of Food...Emily Baron Cadloff
Health, Labor, Politics
The Meatpacking Industry Drafted Trump’s 2020 Order to Keep Plants Open At...Madison McVan
wpDiscuz
We use cookies on our website to give you the most relevant experience by remembering your preferences and repeat visits. By clicking “Accept”, you consent to the use of ALL the cookies.
Cookie settings ACCEPT
Privacy & Cookies Policy