A new short film looks at the lives of Scottish farmers, in an effort to highlight issues within the community. 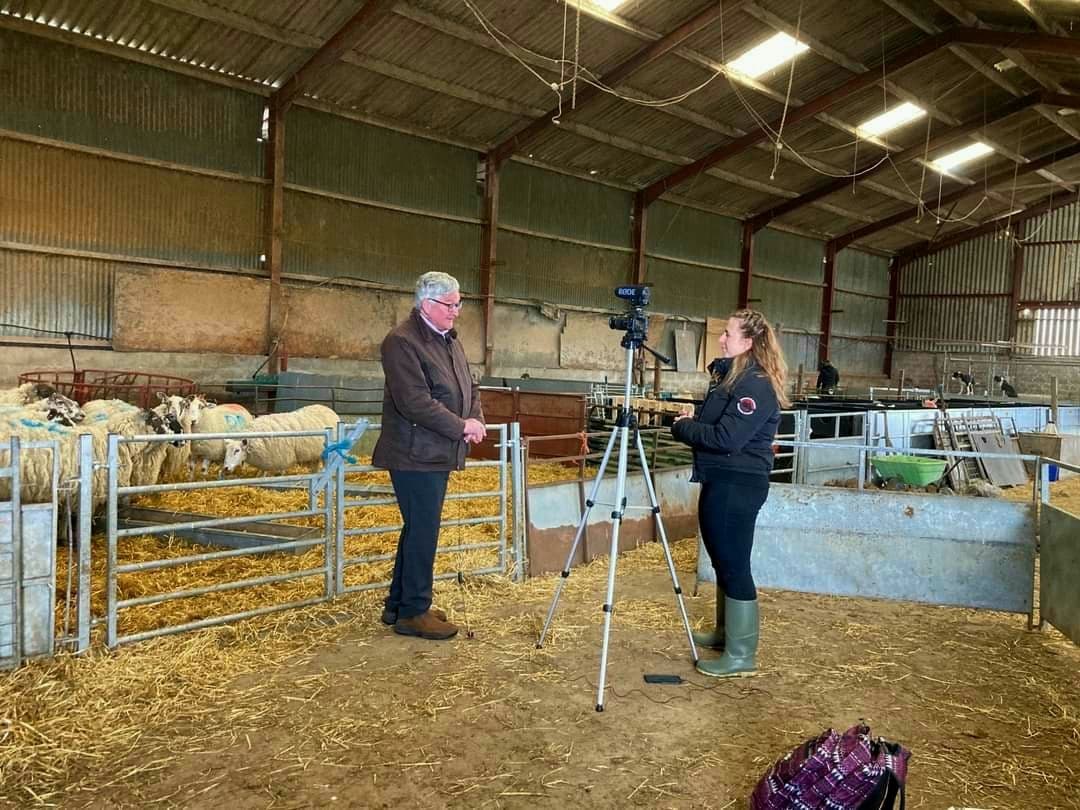 Erin Smith was shocked to learn the statistics about farming and suicide. Across England and Wales, an average of two farmers a month commit suicide. That number is closer to one farmer a week across the whole of the United Kingdom. And 84 percent of respondents in a Farm Safety Foundation survey said mental health was the biggest danger in the industry.

The numbers were a shock because Smith had grown up in a farming family. She spent time at her grandparents’ farm near Aberdeen in Scotland, surrounded by open pastures and gently rolling hills. Her view of farmers in general was a bit of an imagined portrait of a stereotypical farmer. She believed they were generally happy, hard workers who roll with whatever nature throws at them with a rueful smile.

But that’s not the case for many farmers.

“It was a shock initially,” Smith recalls. “I’d never seen any issues with my grandparents on the farm, and you just assume that a farmer doesn’t have any problems, they just farm and they have a happy lifestyle outside. And so doing the film really did open my eyes a lot, because it totally makes sense.”

Smith created and directed Unearthing Farming Lives, a short documentary that dives into what’s really going on inside Scottish farmers’ heads. She worked with a team of seven others, members of groups such as the National Farmers Union Scotland, Live Life Aberdeenshire and Aberdeen Samaritans. The project was originally brought to Smith from one of her previous university lecturers who was looking for a filmmaker to head the project. Smith’s new production company, Pink Sphynx Media, was a natural fit.

The group began interviewing farmers in the region, and Smith was surprised by what she heard. The heavy responsibilities of running a farm were weighing on them. There were long hours and fluctuating cash flow. The farmers spoke about feeling isolated, losing sleep and not socializing: classic symptoms of depression. “They shared that they’ve had consultations by [doctors] and put on antidepressants, for example, or they were lacking sleep, they would get up in the middle of the night and just watch like television,” Smith says. One farmer said his family clued him into his changing behavior, which was causing problems.

Unearthing Farming Lives doesn’t shy away from those issues or attempt to explain them away. Instead, the film allows farmers to say what’s going on in their own words and get away from notions that they have to uphold an image of a rugged individualist. The film encourages farmers to shake off the stiff-upper-lip masculine mentality of farming and get in touch with their emotions. This is something that Smith says is getting easier with younger generations taking over farms. “Mental health is being so well spoken about at such a young age now that we hope that this generation coming forward will be able to have the courage to speak about these things and get help as they need it,” she says.

In speaking with the NFU, Smith learned that when many farmers do reach out to speak with someone, it’s often their veterinarians, a trusted source of medical advice. But that can exacerbate the issues throughout the agricultural field. “Then the vet might feel under pressure,” Smith says, “because farmers might look to these people for support. But they’re also under the umbrella of the agricultural industry; they could already be experiencing some of their stresses as well. It’s a tough one.”

All in all, the film took nearly a year of work, much of that during the pandemic. Smith’s aim from the start was two-fold. First, she hoped to shine a light on little-known issues within the farming and agricultural industries for people who might not know how tough it can be. And second, she wanted to let farmers know that they aren’t alone. The struggles and responsibilities they shoulder don’t have to be kept private.

“It’s spreading a really good message about mental health and making people aware,” Smith said. “It’s making people feel heaps of emotions. As a filmmaker, that’s your end goal. You want them to feel something at the end of watching something that you’ve made.”

Unearthing Farming Lives was released in Scotland and online in June. From here, Smith plans to enter it into film festivals in Scotland and internationally. She hopes that this summer, if restrictions allow, she will be able to have an in-person release party to celebrate.