The legislation would recognize that people have a “natural and unalienable right to food” in the state. 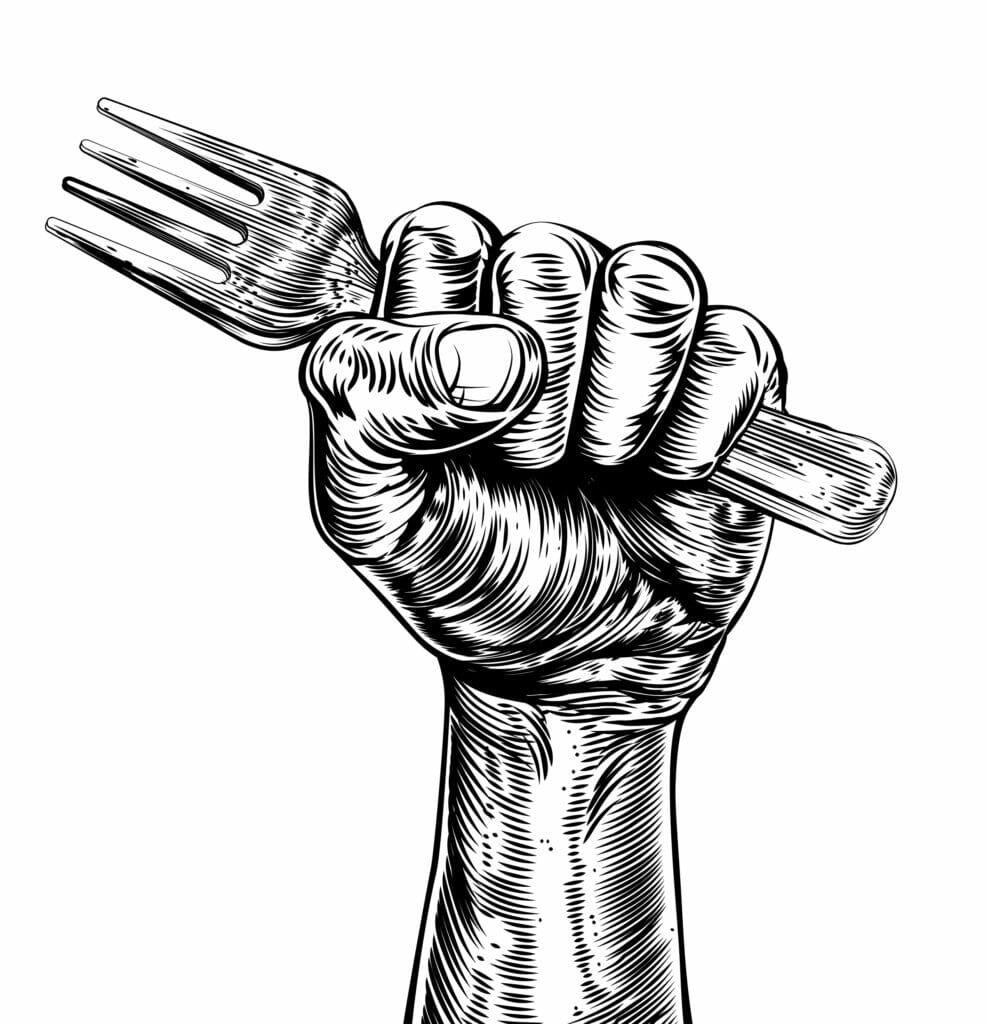 Danielle Walker remembers how hard she worked to feed her family, just a few years ago. In 2013 and 2014, her mother was undergoing cancer treatments, and her two sons were homebound, dealing with their own health issues. Walker had to find ways to keep everyone healthy and fed.

“I had a barter program with my neighbors. If I had trash bags, then I could get some canned food, or fresh fruit or vegetables, if someone had extra. If I had toilet paper, then maybe someone could offer me a package of meat,” Walker says. “I survived off of sugar water for three months to make sure that my children had what they needed to eat.”

Now, eight years later, she is Delegate Walker, a Democratic representative for District 51 in the West Virginia House of Delegates. And she wants to address food insecurity and hunger in her state.

Walker led a joint resolution in the West Virginia House, known as the Right to Food, Food Sovereignty, and Freedom From Hunger Amendment. If passed, the amendment would recognize that West Virginians have a “fundamental right to be free from hunger, malnutrition, starvation and the endangerment of life from the scarcity of or lack of access to nourishing food.”

If the Right to Food amendment passes, it’s likely that West Virginians won’t see any changes for at least two to three years. Still, they could be among the first in the nation to enact this kind of legislation. Maine proposed a similar amendment in 2019, and it passed in the state House this month. It will now move to the state senate, though it does face opposition from groups like the Maine Municipal Association, and questions from Maine’s Department of Agriculture.

Variations on this kind of legislation exist all over the world, from the very broad, such as the United Nations’ International Covenant on Economic, Social and Cultural Rights, to more specific regional laws, like Brazil’s Human Right to Adequate Food. While the United States signed the UN’s treaty back in 1977 under President Jimmy Carter, no government since has moved to ratify it, and there’s no similar legislation at the federal level. The team in West Virginia worked within their Hunger Caucus, a bi-partisan group looking at food insecurity in the state, and partners like the Food Justice Lab at West Virginia University, to put together this proposal. 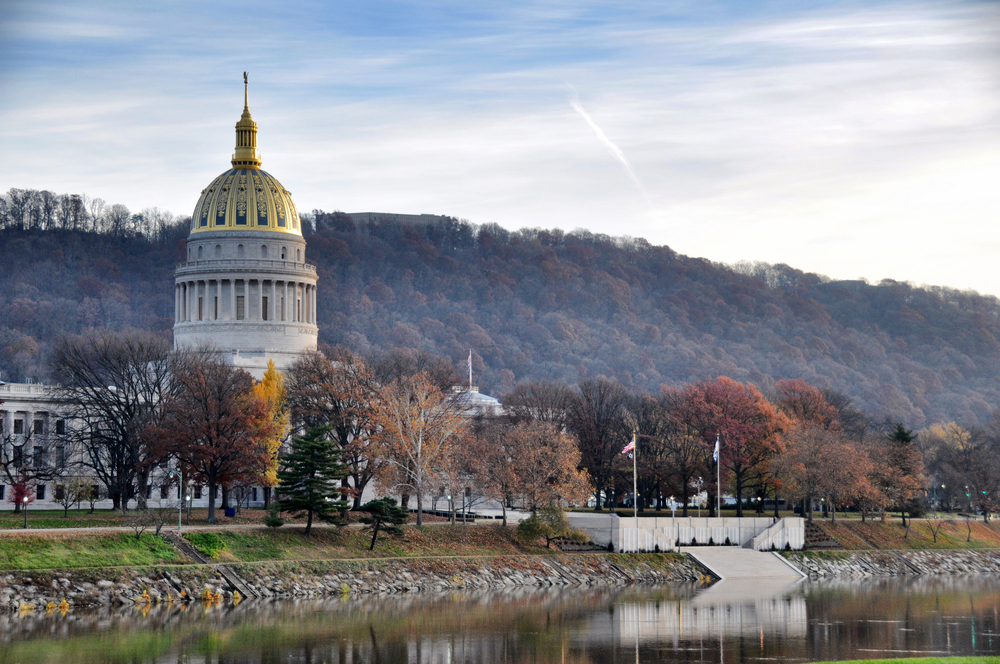 Walker and her family were just a few of the many West Virginians who have struggled with food insecurity. According to Feeding America, one in seven residents of the state face hunger. In 2020, those numbers included more than 68,000 children, or one in five. West Virginia also deals with some of the lowest household incomes in the country, with many residents relying on the Supplemental Nutrition Assistance Program (SNAP).

The resolution has broad support from Walker’s Democratic colleagues, with one Republican delegate, Mick Bates, co-sponsoring. Delegate Cody Thompson signed on after seeing how precarious many people’s access to food became during the pandemic. “When the pandemic hit, it really opened my eyes even more to the needs of people and food scarcity,” says Thompson, who’s also a Democrat. He volunteered for a drive-up food pantry during much of last year, and saw lineups of cars of people needing food.

For delegate Ed Evans, the problems of food scarcity are rampant in his district. A teacher for more than three decades, Evans recalls a time when a middle school student came up to him, holding an object, and asked what it was.

He lists the many cities and towns in his district considered food deserts, with grocery stores up to an hour away by car. A supermarket closed recently in Iaeger, West Virginia. In the town of Northfork, many years ago, a grocery store burned down and was never replaced, he says. The residents of the town of Kimball don’t have their own grocery store to buy fresh produce. “I could just go on [and on],” he says.

Evans says for many residents in his district, and across the state, there’s not just a need for food, but for nutritious food. He notes that in many small towns, the best options for shoppers might be a dollar store or a gas station, but that there aren’t a lot of places to reliably find a wide variety of foods.

In Charleston, West Virginia, there are a dozen food pantries that serve groups throughout the city. Mountain Mission serves about 125 families per month, and finds themselves having to turn some people away, or vetting clients based on need.

“While we want to help everybody, we try to focus on the most needful cases. Many times, it’s families with children, and seniors with fixed incomes,” says John Roberts, the executive director of Mountain Mission. “If this would allow us to have more resources to be able to do that, we’d be excited to be able to expand our programs to be able to serve more people.”

Mountain Mission provides about a week’s worth of food at a time, and Roberts says they do their best to meet everyone’s needs. He adds that fresh fruit and vegetables, as well as premium meat, are often the hardest things for his pantry to supply. 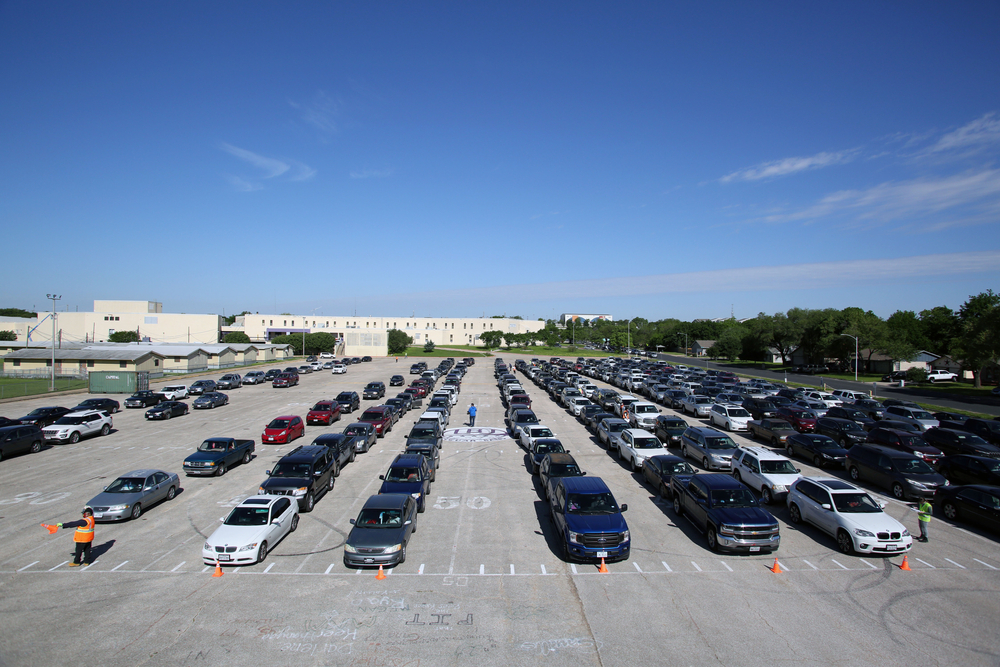 Food bank demand grew exponentially during the early days of the pandemic. Photo by Vic Hinterlang/Shutterstock.

If this resolution passes, it could help address those issues. But first, it has to pass through the political channels.

The resolution was introduced in March, and could be voted on in the House as early as June in a special session, but likely won’t see a vote until the next regular session in January. After that, it has to pass through the state senate, and then be added to a public ballot, where West Virginians would vote on the amendment.

“There’s gonna be a lot of grassroots organizing around this,” Walker says. While Walker and her fellow Democrats generally support the amendment, there has not been much public bi-partisan support yet.

If the resolution makes it that far, it’s still not clear what the real impact will be. Beyond enshrining the right to food and freedom from hunger, would the legislation allocate more funds to food pantries? Increase the state’s SNAP budget? Allow for more household and community garden programs? Potentially yes to all of those things, says Evans, though it’s really too early to say.

“I would hope that it might even lead to grants for individuals that may be interested in building supermarkets, depending on the amount of money that would be actually allocated, that this could reduce the food deserts that we actually have,” Evans says.

The resolution is also broadly written at the moment, an issue that prompted much of the opposition in Maine as they voted on their own amendment. As it stands now, it would allow West Virginians the right to “consume the food of their own choosing by hunting, gathering, foraging…exchanging seeds by barter, trade, or purchase from sources of their own choosing” as long as the individual doesn’t steal or poach those resources. Theoretically, people could trade or barter for homemade food and goods that aren’t held up to the same safety standards that are in place now.

Though there is a long road ahead for this resolution, Walker is emphatic about its importance. “Food on your table has nothing to do with Democrat or Republican, rich or poor, young or old, Black or white,” she says. “Everyone deserves dignity and the right to eat.”

My afterthought to my first post. People waste far too much food. I once gave a take home meal to a homeless person and he threw it in the garbage bin,It was good food I was taking home to eat. Kids in schools throw away great amounts of food. How much food is thrown away in restaurants and at home? We called it conservation back when I was growing up! Too much couch time, too much screen time, and minimal outdoor time gives you the people that lack ability to make good life decisions. God bless America!

I grew up on a farm , we ate what we grew on the farm. It was incumbent for our family to save for a rainy day. Do you remember the parable of the ant and the grasshopper? Perhaps , homeless people should be working on farms to provide for themselves. They were called county farms in my youth. This is freedom and liberty and people should be proud of accomplishments to provide for themselves. I note many people have taken more pride in taking from the government and not fending for themselves. Additionally, I see people driving newer cars,… Read more »

The “right to food”??????How about the “right to farm” on a piece of land that will make a living for the farmer…… with employees who ‘work for their keep’

While I understand the sentiment, a “right to food” on a finite planet is sorta telling astronauts that they have a “right to oxygen.” Our civilization is already in overshoot. We keep making more people, but we can’t make more farmland, nor can we make more fossil sunlight that makes the farmland we have produce much more than it naturally should. I would rather see a “right to farmland” than a right to food. Then, the lie would be laid bare. “We can’t possibly give everyone farmland!” the critics would wail. Well, how are you going to give them food,… Read more »