The Best Barbecue Shows to Stream This Memorial Day

The long weekend is the unofficial start to grilling season. Stream these shows to find your next BBQ inspiration. 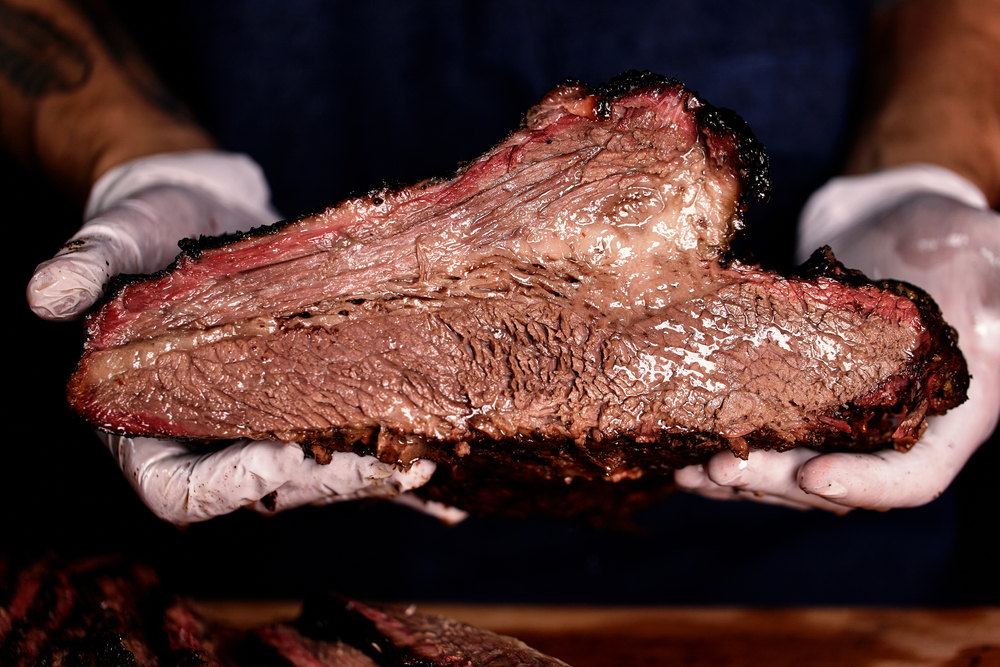 Dust off your grills and haul out your charcoal. Memorial Day is here, and with it, the start to a season of barbecue. From classic burgers and hot dogs, to smoked brisket and ribs, there’s nothing better than barbecue. And as anyone who has attended a midsummer cookout can tell you, the best barbecue is the one that someone else cooks. This long weekend, why not put your feet up and watch someone else do the hard work? Here are some of the best shows to stream while you work up an appetite.

This competition show is the perfect kick-off to your long weekend. Eight contestants vie to be the ultimate pitmaster, tackling everything from barbecue staples like ribs and cornbread, to more unusual ingredients (pulled alligator, anyone?). The judges are harsh but fair, the food looks delicious, and the contestants all seem like they’re having a good time. It’s the whole package.

If you like your barbecue with a side of smack talk, this could be the show for you. Chefs Bobby Flay and Michael Symon head up two teams of pitmasters and compete head to head. While the two chefs say they are best friends, they might mean frenemies, based on how much they egg each other on during competition. Facing time pressures and weekly eliminations, this classic competition show comes back for a second season on June 14.

For the road trippers, this show travels around Texas, showcasing classic barbecue joints, and looking for the best secret and off-menu dishes. Host Kelsey Pribilski also sits down with the restaurant owners and locals to hear the history of their most famous dishes. Plus, a bonus: The show features recipes for some of the dishes, so you can create your own brisket and sausage frito pie or barbacoa empanadas while you watch.

Visually stunning, this show features barbecue from around the world. Filmed in close-ups, you see the coals shimmering with heat, the smoke billowing, the flames flashing up on the grill; it’s gorgeous to see. Focusing on four cooks from different barbecuing traditions, this miniseries shows that the world of barbecue is much broader than you might think.

Another competition show, this one is quicker paced and likely the most familiar format. Each episode, three new chefs compete over three rounds to win the grand prize, and the rounds speed by. Chefs race to finish their dishes in just 30 minutes.

High on the Hog – Netflix

This miniseries dives deep into the history of African American food, and its influence across the country. While host Stephen Satterfield looks at ingredients like okra, rice and yams, there is also plenty of discussion about the history of barbecue and its roots in African American cooking traditions. Come for the beautiful food, but stay for the chance to learn about how Black culture has shaped, and continues to shape, much of the food we love.

You probably know about Whalburger, the burger chain owned by Mark and Donnie Whalberg and their family. But did you know there’s a reality show following their antics at the restaurant? Did you know that it’s been on for 10 seasons? Yeah, that’s right. The Whalbergs don’t quit. While not really a barbecue show, this one earns an honorary mention for sheer longevity and goofiness. The first season is also available on Amazon Prime.