What Mario Kart Can Teach Us About Equitable Farming - Modern Farmer
Animals, Plants

What Mario Kart Can Teach Us About Equitable Farming

One researcher finds a unique connection. 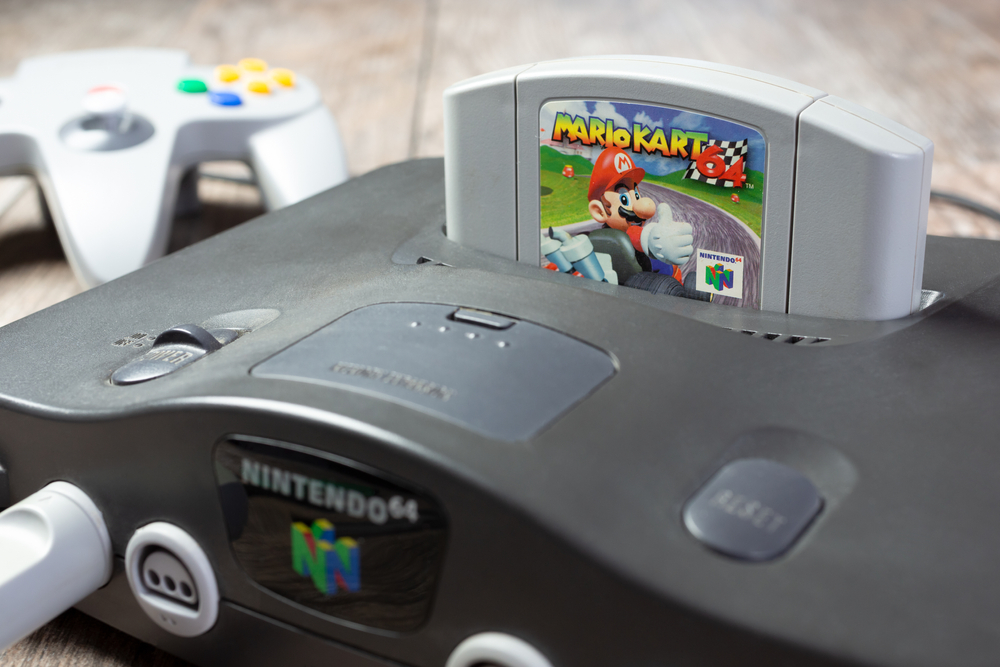 What does a Nintendo racing game first released in 1992 have to do with the future of farming? A lot, says environmental researcher Andrew Reid Bell.

In a new paper published in Nature Sustainability, Bell looks at how aspects of Mario Kart can be applied in the real world to reduce world poverty and improve sustainability in farming and agriculture. The video game, in which multiple players compete in go-kart races, offers a variety of tools that help players power up or thwart other competitors. A golden mushroom, for example, is a recovery item given to lower-place players to boost their speed. The spiny shell, also known as the blue shell, aims directly at the first-place player to slow them down. Using a mechanism known as rubber banding, Mario Kart allows all racers a chance to catch up to the leading player. The game is designed to get everyone racing together, no matter their individual ability.

Bell, an assistant professor in Boston University’s department of earth and environment, believes the merits of Mario Kart go beyond being just a fun video game. In his paper, he argues that the game’s principles can serve as a helpful guide when creating programs to better serve farmers in low-resource, rural farming regions.

As part of his research, Bell traveled to Pakistan, Bangladesh, Cambodia, Malawi and other countries in southern Africa, where farmers are provided little or no assistance. One of his suggestions to governments is to introduce a Payments for Ecosystem Services (PES) system, which offers incentives to farmers or landowners in exchange for managing their land to provide some sort of ecological service. If policies designed to bump up farmers and keep them in the race were implemented—similar to those available in Mario Kart—agriculture would be a more equitable and sustainable industry for all.

Modern Farmer caught up with Bell to discuss his new paper, what we can learn from video games and how we can build better agriculture programs as a result. 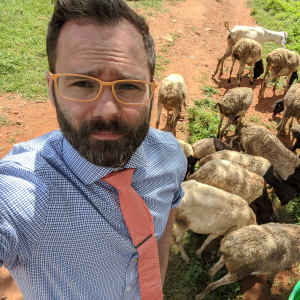 Modern Farmer: What sparked the idea to link Mario Kart with agricultural and economic issues?

Andrew Bell: I don’t totally remember how I got onto it initially, but over the past couple of years, I discovered that I could talk about Mario Kart anywhere in the world and be understood. Maybe not everyone has access to games growing up, but in any room of professionals or decision-makers, anywhere in the world, someone or their kid plays Mario Kart. That’s part of what makes it potentially powerful, because the same people who might launch the next social or environmental program are people who can relate to—or maybe being terrible at—Mario Kart.

MF: What is the link you’ve drawn between the two?

AB: What seals the deal is that it shows us this important social feedback mechanism that we don’t see much of—a balancing feedback that pulls harder at people in the back as the distance from those in front of them grows. It’s a really rare thing in practice, because with the way we design programs and interventions, the people most able to access and take advantage of what’s being offered are those who are comparatively better off, more cash-literate and more able to experiment and take on risks. People in the back are hard to reach.

MF: Can you explain rubber banding in Mario Kart and how it could function in the agricultural industry?

AB: As I understand it, rubber banding in Mario Kart keeps the game fun for those in the back by speeding them up relative to the competitors in front of them and offering better items. The extension of the analogy to agriculture requires us to find ways to identify those who are in the most precarious positions and to overcome barriers of distance, cash literacy, risk tolerance, etc., to let program benefits reach them.

In practice, the kinds of things we offer are more likely to be taken up by those in the middle—with a need to improve and the ability to access and take risks. In the paper, I discuss a few specific contexts—irrigators along a channel and farmers observing their peers experimenting with encouraged practices. [It could work by] leveraging linkages across people in a system such that participants can’t help but help those behind them in their efforts to help themselves.

MF: Which key aspects of the game do you believe would be most beneficial to farmers?

AB: The basic concepts in rubber banding—identifying those who are furthest back and targeting improvements to them—are a package of improvements that need to go together to be beneficial in a pro-poor sense. Some of these improvements are becoming real life now, which makes me hopeful. The challenge of knowing who is at the back and what they need is wearing down as cost and digital literacy barriers fade for mobile technologies. The problems of generating and targeting benefits toward the back are more substantial, but I’m still optimistic.

MF: How do you wish to see your findings applied in the real world?

AB: There are wonderful things happening now with extending our reach to smallholders via mobile devices, and one thing I would like to see is further transformation of the way we engage across mobile networks—and not just sending advice but staying connected so that we observe social systems in real time and can more easily identify shocks and precarity where they happen. I also hope we see movement forward in what we are able to measure, attribute and reward in agricultural and environmental spaces. Observing and attributing good environmental behavior on a landholding of 1,000 acres is one thing; on a half-acre [it] is another.

AB: One of the things that mobile technologies let us do is observe what is happening in far-flung places in near real time, and that opens the possibility for development interventions to be truly conditional, meaning we can offer payments for things we observe to have happened.  This really transforms our ability to make payments programs (like the PES I hint at in the paper) sustainable, and further, transforms our ability to recognize and value the contributions that smallholders may already be making as stewards of their landscapes.

MF: Who are the farmers who would most benefit from their own golden mushrooms or blue shells?

AB: Hmmmm, those are very different boosts. The golden mushroom smoothes the farmers’ risks and allows them to excel in spite of whatever happens around them. The blue shell allows them to penalize a farmer—fairly or unfairly—for being out in front. If we think of golden mushrooms like insurance or cash transfers, then we are looking to farmers on tiny holdings, facing insecurity and variation and unable to take risks. If we think of blue shells as penalties, then my mind goes to irrigation commands or other asymmetric commons where the aim is to reduce unequal access.

MF: And finally, which character do you play in Mario Kart?

AB: Phew, allegory for life here. Walk into the unfamiliar as Mario, hedging your risks. And then learn your world well enough to be Wario or Bowser. But in case you’re asking literally, I am a terrible Mario Kart player. It is perhaps how I became aware of the rubber band effect. I always choose Mario, but most likely it is the nudge of the default.

thank you for posting your article, this will helps many of the people to gain knowledge on agriculture industry, we are helping people by providing agriculture services, technological machines and seeds in rural villages to make them grow digitally.

Wow – the gamification of ecosocialism, what could go wrong? It is a good thing we have a class of “best and brightest” people in government (and media) that know what’s best for us and are determined to apply Marxism correctly this time. Because the flavors of socialism ever lifted any people out of poverty without first eliminating the undesireables. A better title might be, “Farmers of the world, level-up and unite!”

Popular
7 Smokable Plants You Can Grow That Aren’t MarijuanaBrian Barth
Is Agroforestry the Key to Hardier Row Crops?Shea Swenson
Goat Sex: Everything You Wanted to Know But Were Afraid to AskAndrew Amelinckx
6 Differences Between Llamas and AlpacasAndrew Amelinckx
Why Don’t We Eat Turkey Eggs?Dan Nosowitz
Explore Modern Farmer
Related
Environment, Plants
Is Agroforestry the Key to Hardier Row Crops?Shea Swenson
Animals, Environment, Technology
Alaskan Salmon Face a Stream of New MinesBecki Robins
Animals, MTMF
Meet the Maine Teenager-Turned-Landscaper Thanks to Grazing GoatsBridget Shirvell
Animals, Environment, Health
To Stop New Viruses Infecting Humans, We Must Protect Bat HabitatAlison Peel, Peggy Eby, Raina Plowright
wpDiscuz
We use cookies on our website to give you the most relevant experience by remembering your preferences and repeat visits. By clicking “Accept”, you consent to the use of ALL the cookies.
Cookie settings ACCEPT
Privacy & Cookies Policy