Could the USPS Bridge the Gap Between Farmers and Consumers? - Modern Farmer
Food & Drink

Could the USPS Bridge the Gap Between Farmers and Consumers? 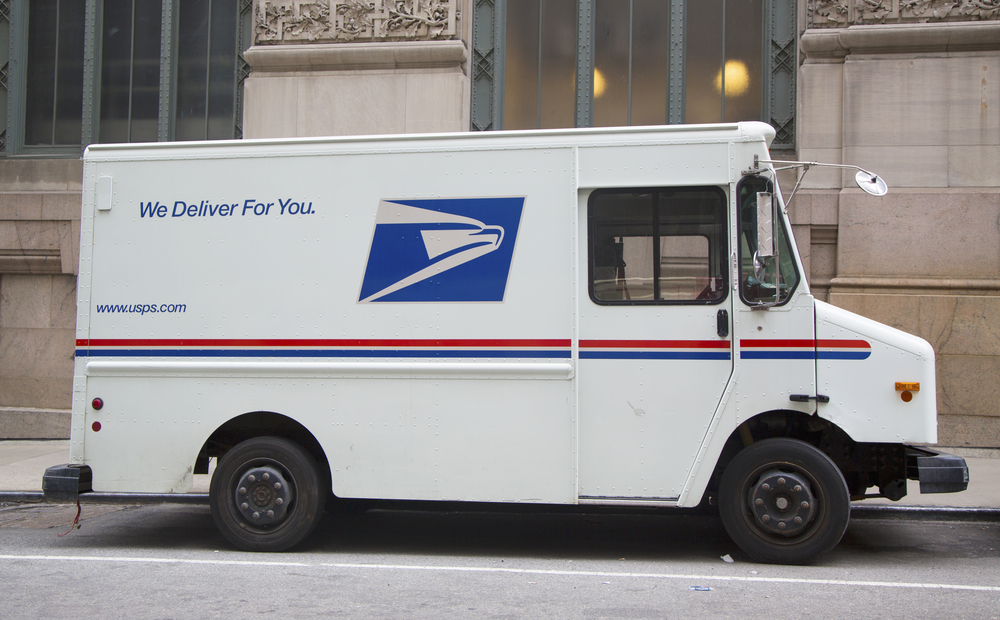 Last spring, as reports of farmers plowing perfectly ripe vegetables back into the soil and dumping surplus gallons of milk made headlines, it quickly became clear just how fragile our food system is.

“Farmers, especially those that were working with restaurants, more or less had their markets disappear overnight,” says Julia Kurnik, director of innovation start-ups at the Markets Institute at the World Wildlife Fund (WWF). “There was all this food going to waste, juxtaposed against the bare grocery shelves and people struggling to find food even if they could afford it.”

Around the same time, the US Postal Service reported it was facing a giant revenue shortfall of $363 million at the start of its fiscal year. Faced with these two realities, Kurnik and her colleagues began to toy with an idea to solve both problems.

Over the past year, the team at WWF’s Markets Institute has been developing guidelines for a new initiative called Farmers Post that could benefit several groups at once: farmers, consumers and the struggling postal service. The business case, published late last month, offers a bit of a blueprint for how a CSA-like delivery program run by the postal service could work.

The proposed Farmers Post process would look something like this: The USPS, which delivers mail and packages six days a week to most houses throughout the country, would help bridge the gap between farmers and consumers. Farmers would grow and package produce into USPS boxes that would be delivered regularly. USPS would pick the produce-filled boxes up and deliver directly to consumers in nearby zones, who would place orders via a third party.

The team at Markets Institute hopes the program could help move fresh produce into the homes of those who can’t afford current food delivery options. Katherine Devine, director of business case development at WWF’s Markets Institute, has watched food delivery services surge during the pandemic, with grocery e-commerce companies such as Instacart, FreshDirect and Peapod seeing their projected growth accelerating by at least five years. “But it’s still not accessible to everyone,” she says. “It’s expensive, with added tips, delivery fees and other hidden fees. And just like CSAs aren’t available in every market, neither are these delivery services.”

Farmers Post is a seemingly simple process, one that could potentially help prevent food waste and address food insecurity while also opening up another revenue stream for two struggling industries. But is it realistic?

In theory, Farmers Post would be a convenient and cost-effective solution for farmers to connect with consumers, without needing to leave their homes. This could be a new way to reach senior citizens, people with disabilities and others who may be homebound. And if Supplemental Nutrition Assistance Program (SNAP) benefits could be applied, Farmers Post would get food into the homes that need it most. But its success depends on factors beyond the Markets Institute’s control.

While the team is still in early discussions with the USPS, they say there’s a lot of excitement about it. Of course, the agency would need to do something about the persisting delivery delays in order to ensure the produce would arrive within 24 hours of being packed. Otherwise, Farmers Post risks becoming just another contributor to food waste.

But Kurnik and Devine are invested in seeing the initiative take off. “The reality is [food loss] is a challenge that exists outside of COVID as well, which is why Farmers Post could be such a meaningful solution,” says Devine. “Hopefully, we can take the idea and see it come to fruition.”

Interesting idea. Sounds basically like a CSA model with the USPS handling the delivery instead of the farmer, which may or may not be cheaper, depending on what the USPS would charge. However, this would be relevant to only a small subset of the agricultural system: small to mid-sized growers of mixed vegetables. The biggest supply chain disruptions early in the the COVID-19 pandemic which the article mentions at the beginning, were with dairy and meats, in both cases due to processing bottlenecks. This USPS idea may still be worth considering for other reasons, but is not relevant to the… Read more »

Popular
7 Smokable Plants You Can Grow That Aren’t MarijuanaBrian Barth
Record-Breaking Egg Profits Prompt Accusation of Price GougingClaire Carlson, The Daily Yonder
Could New York Become the Mushroom State?Sara Foss
6 Differences Between Llamas and AlpacasAndrew Amelinckx
Hell in High Water: The Story of Devils Lake, North DakotaSharlene Breakey
Explore Modern Farmer
Related
Features, Food Security, Labor
The Rise of Virtual Farmers MarketsLeah Borts-Kuperman
Features, Food & Drink, Fungi
Could New York Become the Mushroom State?Sara Foss
Environment, Labor, Water
California Farms and Farmworkers Attempt to Recover From Record FloodsNaoki Nitta
Food Security, Labor, news
A New Egg Co-operative Has Hatched in the Western U.S.Lindsay Campbell
wpDiscuz
We use cookies on our website to give you the most relevant experience by remembering your preferences and repeat visits. By clicking “Accept”, you consent to the use of ALL the cookies.
Cookie settings ACCEPT
Privacy & Cookies Policy