Chicken Yoga Is Happening in Florida

The birds are the latest farm animals to waddle among malasana squats and mountain poses. 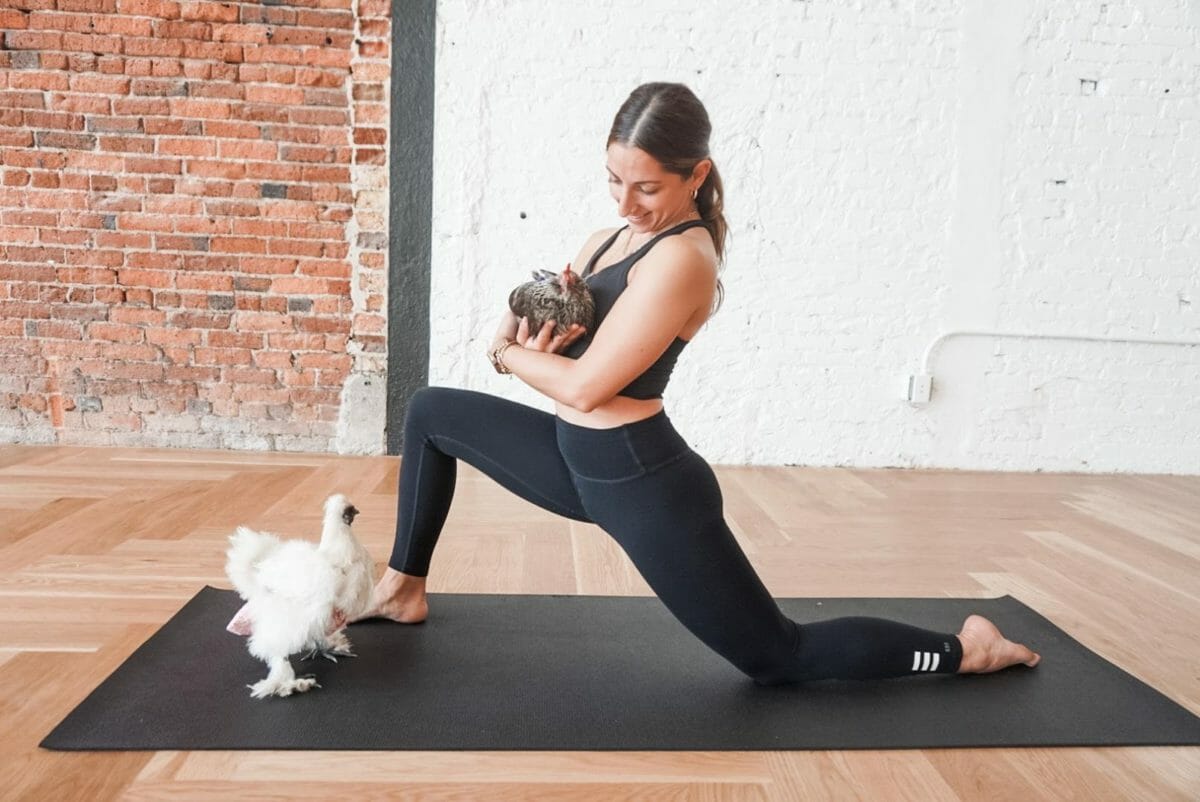 A fitness center in the sunshine state has put its own twist on the goat yoga trend by introducing hens and roosters to its yogi sessions. Union Three studio, based in Tampa Bay’s Ybor City neighborhood, hosted its first chicken yoga event on Sunday.

These yoga chickens are residents of the Ybor Misfits Microsanctuary, a refuge that houses abandoned birds. Dylan Breese, a manager of the sanctuary, told the Tampa Bay Times that the chickens are “domesticated,” and that they’re all bathed and put in diapers before the class commences to ensure yogis aren’t planting their hands and feet in bird excrement.

“We get the diapers from Etsy and they wrap over the wings and under the legs for a perfect fit,” Breese said. “Once snapped over the back, they’re ready for some crescent lunges and warrior poses.”

While chickens are still somewhat of a novelty in the wellness trend of combining yoga with animal therapy, the feathery creatures have started to emerge as emotional support animals in recent years. The concept of animal therapy is based on the scientific research that shows interacting with furry friends releases good hormones such as serotonin, reduces loneliness, lowers blood pressure and helps with anxiety. 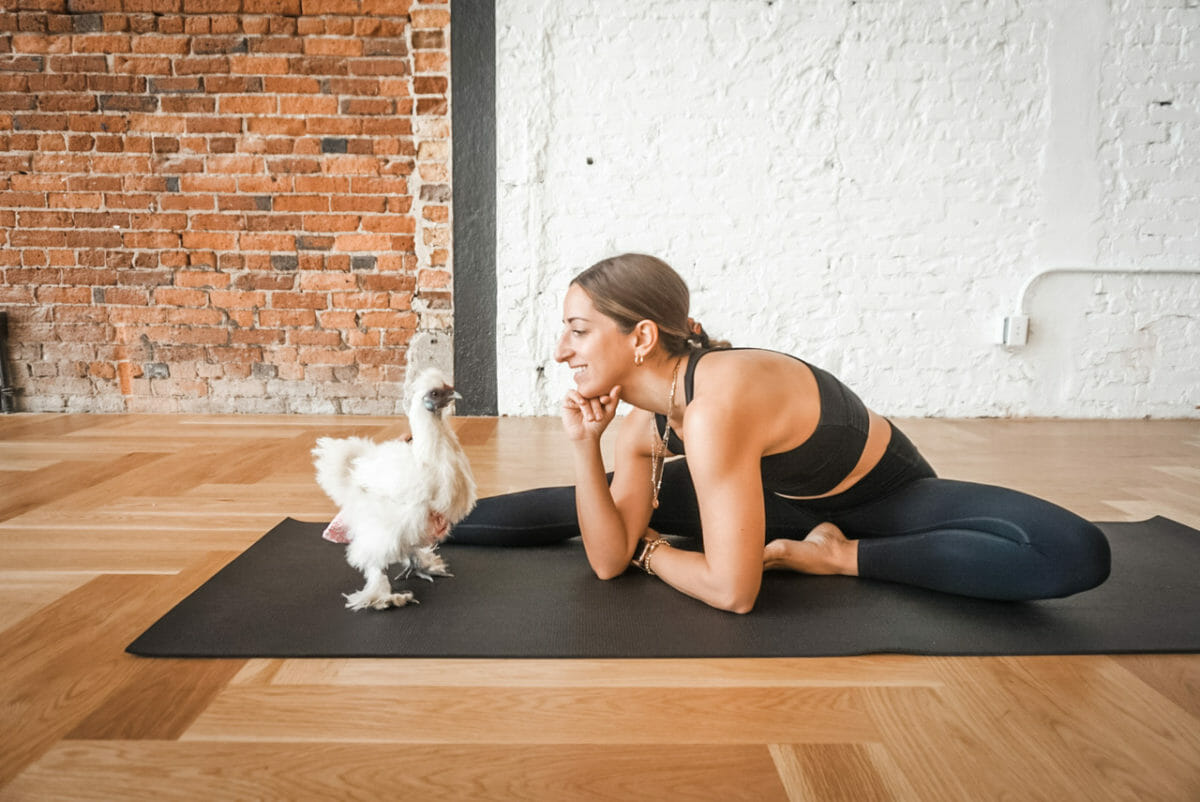 Novelty aside, Ybor City has a long and rich chicken history that dates back to the 1800s, when immigrants to the area kept the animals for food and set up farms and homesteads. As of 1989, an ordinance declared all of Tampa Bay a bird sanctuary, which prohibits anyone from hunting, killing, maiming or trapping birds.

Keeping in spirit with the area’s affinity for chickens, Union Three studio said it will host the classes with the sanctuary’s birds on the final Sunday of each month for the foreseeable future.

Related
Animals, Environment, Plants
Farmers’ Battle Against, and Now For, MilkweedJennifer Taylor
Food & Drink, Plants
The Best Alternative Grain Flours to Have in Your Pantry—If There’s Enough...Pearse Anderson
Food & Drink, Plants
When Sharing Seeds Grows More Than Just FoodShea Swenson
Lifestyle
How to Map the Sounds in Your Garden (And Why You Should)Bridget Shirvell
wpDiscuz
We use cookies on our website to give you the most relevant experience by remembering your preferences and repeat visits. By clicking “Accept”, you consent to the use of ALL the cookies.
Cookie settings ACCEPT
Privacy & Cookies Policy