From NFL Stardom to Family Farming

A Q&A with Jason Brown, a former St. Louis Rams player and current farmer who wants to feed the hungry. 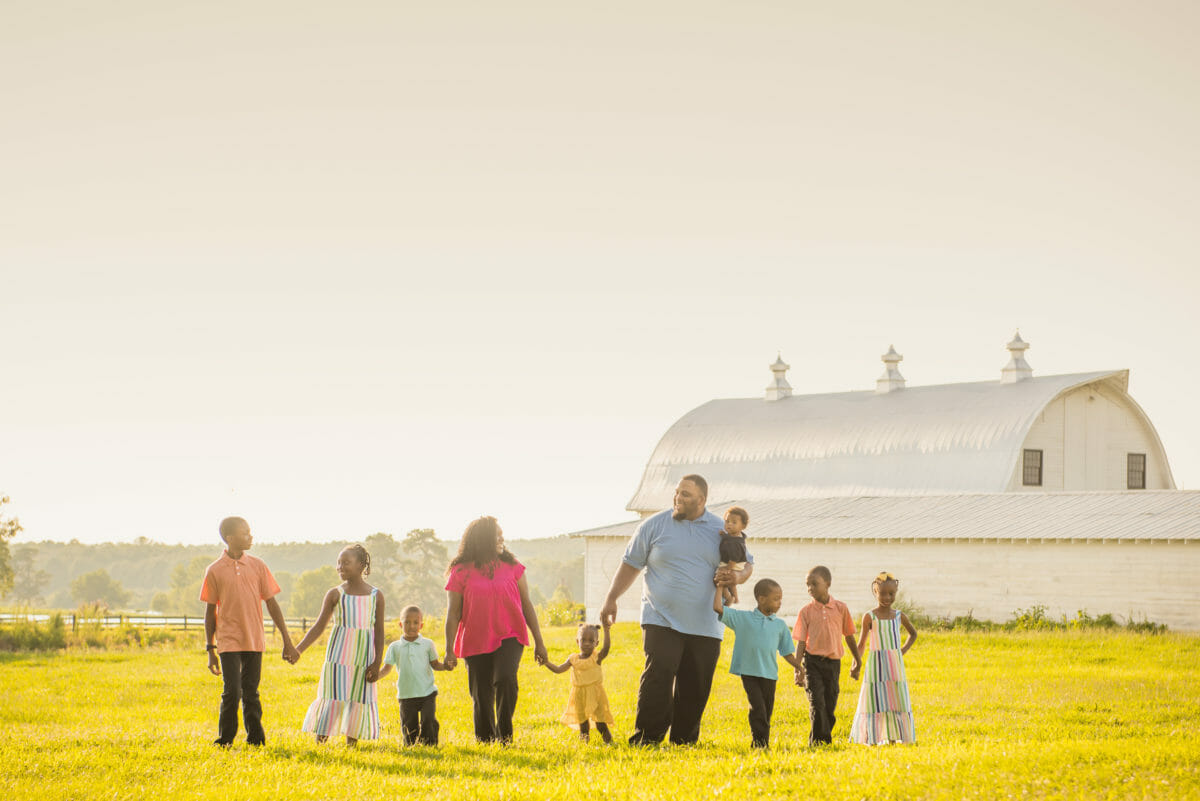 The former NFL offensive lineman walked away from football in 2012 to start First Fruits Farm in North Carolina, not far from where his grandfather was a farmer. At the time, he had just come out of a contract with the St. Louis Rams that had made him the highest-paid center in the game.

He moved his family from a mansion to an old farmhouse and he gave up material wealth to go into a hard industry he knew very little about. But he ultimately found happiness growing food. Since his first harvest in 2014, his farm has given away hundreds of thousands of pounds of food to those in need.

Brown recently spoke to Modern Farmer about his decision to leave the NFL, his transition to farming and his new book, Centered: Trading Your Plans for a Life That Matters, which comes out Tuesday and chronicles his journey. 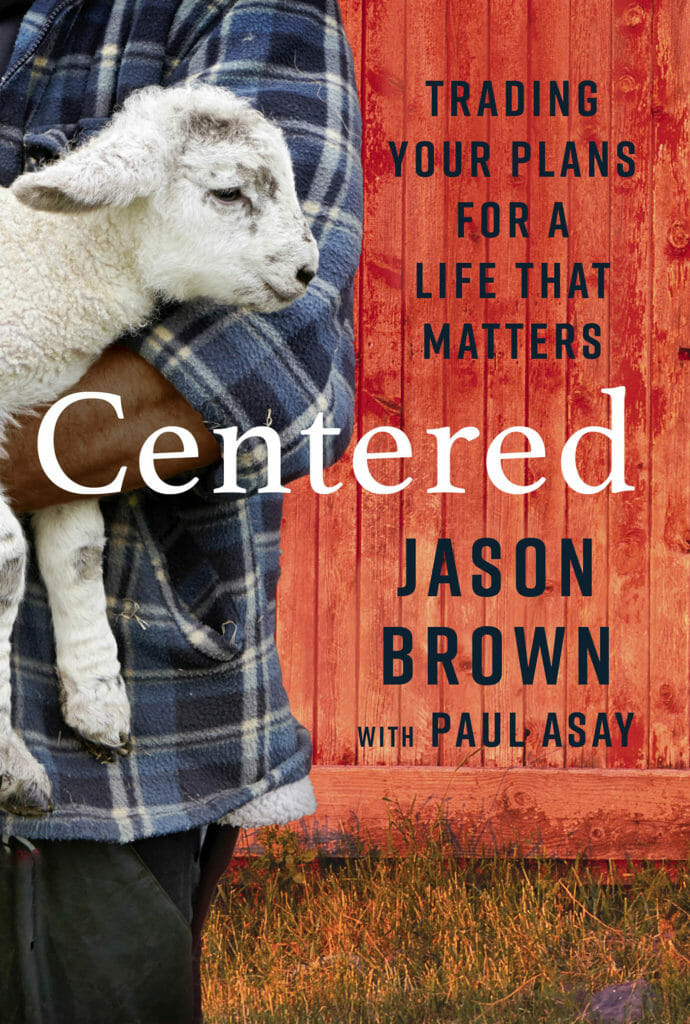 Modern Farmer: So you left the NFL at the age of 27, having recently been the highest-paid center in football. Can you walk us through what you were thinking at the time?

Jason Brown: I was kind of going through a midlife crisis. My older brother was in army intelligence in Iraq and Afghanistan and paid the ultimate sacrifice in service to our country. He was the most awesome big brother in the world and seven years older than me. Seven years had passed since then and in between, I’d gone from college to the height of my career, playing in the NFL. It was a huge pivotal point for me.

On my birthday that year, I should have been happy waking up in my big, large mansion. I walked in the bathroom, whipped the crust from my eyes, looked in the mirror and I didn’t like what I saw, because I began to measure up everything I had accomplished with what my brother had accomplished over the 27 years of his life. There was no comparison. I had lived a life of entertainment and selfishness. And he had lived a life of service. He wore a size-14 shoe and I wore a size-16 shoe, but yet, I couldn’t fill his shoes.

It was then at 27 years old—I didn’t know exactly what I should be doing or what was going on— but from that point forward, I knew I wanted to move towards some kind of service and sacrifice. So many people said we were living the American dream, but what good is the American dream when you’re leaving behind other Americans?

MF: Once you started your farm, was there ever a moment when you thought “oh no, I’ve made a huge mistake”?

JB: You have no idea how many times. There were so many times when I didn’t know what I was doing. And that is still true for today. But that’s where the miracle of walking in faith and not by sight [comes in]. God told me he was going to supply my every need. He told me he was going to supply me with all the resources and the wisdom. Sure enough, things just started coming together and it happened by faith. I can take very little credit for the success we have had here at First Fruits Farm.

MF: You’ve given away a ton of the food you grow to those in need. Why was that something that was important to you? And given that you give away so much, how are you able to make your farm profitable?

JB: We give away a lot of our harvest. The original plan was to give and donate the first fruits of every harvest to our local communities and people in need. At the end of our first harvest in 2014, many of the food banks and soup kitchens came back to us to ask if we had more as there was still so much need. God placed it on our hearts to give away the entire harvest.

We took a closer look at agritourism. So we have had many people tell us that we have the most beautiful farm in all of North Carolina. It truly is a special place, and many people like to come out here. People can rent our barn for wedding receptions and reunions. We started to switch gear and dive into agritourism a couple [of] years ago. It was tremendous in helping the operations of First Fruits Farm move forward. 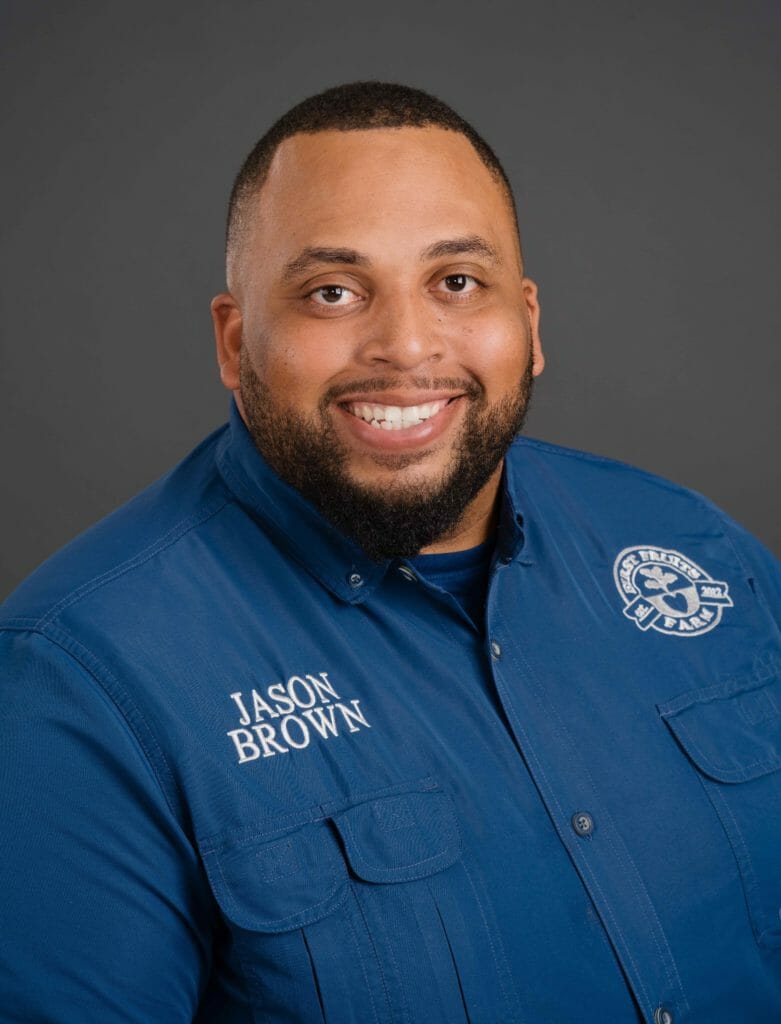 MF: You wrote in your book about how your grandfather and his family were chased out of their farm in North Carolina after he was a leading voice in trying to desegregate local schools. Black farmers have largely been stripped of their land over the years to the point that very few remain. Do you see your farm as playing a role in that larger struggle for African American farmers to regain their role in American agriculture?

JB: Yes, I do. People of color have some deep roots on farmland in America. It is actually part of us. Unfortunately, starting out, it was a part of our culture by force, but now we have freedoms and people can choose.

Back in the day, farming was still a blessing to those families and I know people say “how can you say that,” and that’s because they never missed a meal. People called my grandfather and his family poor, but they always had a meal on their table, and that is the magic of farming and agriculture. You can have no money in your bank account, and live below the poverty line according to societal standards. You could be living in a shack, and your clothes could have rips and tears. But if you have just a little bit of land and you know how to work that land and farm that land, there is always going to be food on your table. And you will always be able to provide a meal for your family and loved ones. Throughout our financial struggles and hardships, there was always food on our table. We have a big family. We have eight children—and they’ve never missed a meal. I thank God for that opportunity every single day.

MF: A lot of people have been fleeing cities during the pandemic and buying up rural property. You did the same, but many years before. What is it about life out in the country that drew you back to it  and that ultimately draws others?

JB: It’s the freedom that you can experience out here in the country and rural areas, as well as knowing that you have control and power over the necessities of your life. That power comes through sowing seeds. What we’ve witnessed just the last couple of years that people have purchased a few acres here and there. They’re getting into homesteading and bringing it full circle. They’re starting out with a small chicken coop and little family garden. Even if it’s just a little bit to supplement for yourself and your family, it goes a long way. That was one of our goals here, to see how self-sustaining and sufficient we could be. In almost three years now, we haven’t purchased any eggs, poultry, pork or beef from a grocery store. And there is freedom in that. You also develop an intimacy with food.

A good man, who was well-raised, choses the best life for his family so he can teach his children, of which he has many, to love and serve others. This is a story I needed to read today, It gives me hope for the future. Thank you.

Jason, how inspiring! Thank you for sharing your story. It gives me the courage to not shrink from my dreams. Great success to you and your family!

Such an inspiring story of Faith and Success! Congratulations, Jason, your legacy will speak through generations!

Great story. Hats off to Jason and his family. Your brother would be very proud of you

such an inspiring story of Faith and Success! Congratulations

Jesus said..”when I was hungry..you didn’t feed me…when I was thirsty…you gave me nothing to drink..I wanna walk into my calling…r u my brother’s keeper?

Popular
Is Agroforestry the Key to Hardier Row Crops?Shea Swenson
7 Smokable Plants You Can Grow That Aren’t MarijuanaBrian Barth
Goat Sex: Everything You Wanted to Know But Were Afraid to AskAndrew Amelinckx
Why Don’t We Eat Turkey Eggs?Dan Nosowitz
6 Differences Between Llamas and AlpacasAndrew Amelinckx
Explore Modern Farmer
Related
Environment, Plants
Is Agroforestry the Key to Hardier Row Crops?Shea Swenson
news
The Fertilizer Shortage Will Persist in 2023Shea Swenson
Environment, Food & Drink
Where Has All the Mustard Gone?Chloe Faure
Animals, MTMF
Meet the Maine Teenager-Turned-Landscaper Thanks to Grazing GoatsBridget Shirvell
wpDiscuz
We use cookies on our website to give you the most relevant experience by remembering your preferences and repeat visits. By clicking “Accept”, you consent to the use of ALL the cookies.
Cookie settings ACCEPT
Privacy & Cookies Policy