This Edible Peel Extends the Shelf Life of Produce

Apeel Sciences has created a way to stop food from spoiling before it reaches our plates. 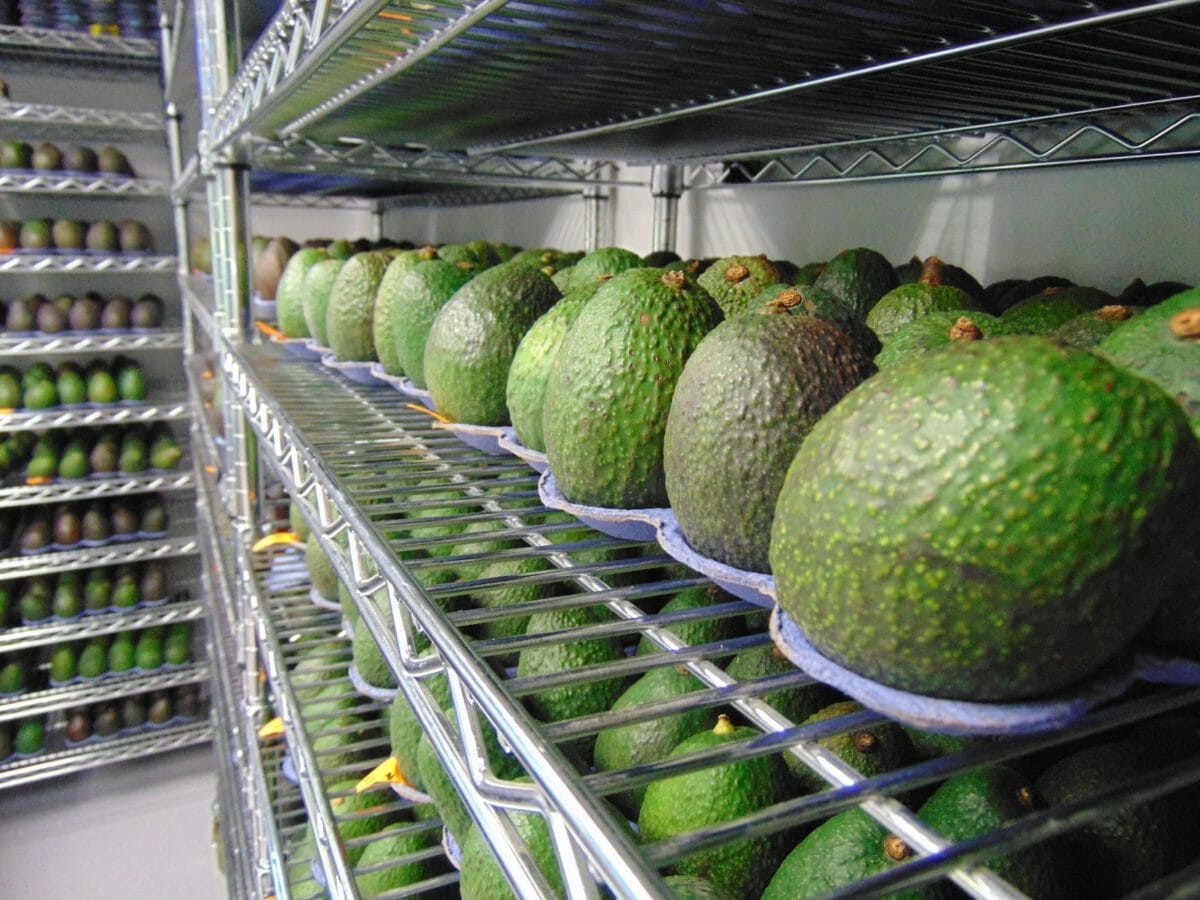 Many of us have reached into the fridge and found avocados that are too brown to put on toast, strawberries that are coated in fuzzy mold or kale that has shriveled up and sprouted black and white fungus. This lowly produce often gets pitched straight into the trash, becoming part of the 80 billion pounds of food waste that rot in US landfills each year.

And yet despite those mountainous piles of food waste, hundreds of millions of people around the world live in hunger. This stark picture compelled James Rogers, a materials scientist in California, to create something that could solve some aspect of the food waste problem. He decided to figure out a way to stop food from spoiling.

“If we could slow things down before [food goes bad], it would be more likely to reach someone who needed it,” he says.

In 2012, Rogers received a $100,000 grant from the Bill and Melinda Gates Foundation to help get his idea off the ground. That same year, he launched his start-up, Apeel Sciences, where he developed an edible, FDA-approved solution that works to extend the shelf life of produce sold in the United States, Germany and Denmark.

The Apeel treatment is made up of lipids and glycerolipids, plant-based compounds that are found in peels, seeds and pulp. It acts as an invisible barrier, or an extra peel, as Rogers puts it, to double or triple the time it takes for produce to go bad by locking in water content and keeping oxygen out. These are the two factors that cause spoilage.

Farmers and distributors have been applying the product by coating fruit and vegetables with it. The solution comes as a powder that is diluted with water and can be used as a spray or dip. Rogers says he tries to sell the product to distributors rather than farmers, as he believes that the cost of spoilage shouldn’t be put on the farmer, especially smallholder farmers.

Over the years, Rogers says he’s heard from farmers, distributors and grocers that Apeel has helped their bottom line. A recent pilot project between Apeel and German grocery giant, the Edeka Group, shows that 2,900 stores across the country that sold Apeel-treated avocados had a 50-percent reduction in avocado spoilage and a 20-percent increase in sales.

Jay Ruskey, a small organic farmer in Goleta, California, has been using the Apeel product for more than four years on his cherimoya, avocados and passion fruit. He says that, in the past,  he’s struggled with preserving the quality of his product and protecting it from damage when shipping overseas or across the country to New York or Vermont.

“It’s a rough ride for a lot of produce to get to their main consumer,” he says. “And I feel like there’s always this tendency in our supply chain for the farmer to take the hit… It feels like it’s always the farmer’s burden. ”

Ruskey says that on average he would suffer a 10-percent loss of sales on each shipment when his product was damaged or had spoiled on its way to its destination.

He says Apeel has eliminated the majority of those losses. His caviar limes, for example, have a regular shelf life of one week to 10 days. The treatment has been able to double that. Ruskey also says that the product has helped him to grow his export market by about 25 percent over the last few years.

Smaller operations have been a special focus for Rogers in Apeel’s model both at home and abroad. Although he says that he knows he has to work with farms of all sizes in order to tackle food waste, it’s important to him that those with less capital or land are provided with the chance to expand their customer base. A recent $30-million check he received from private investors in October will allow him to set up more partnerships with smallholder farms in sub-Saharan Africa, Mexico, Central and South America and Southeast Asia so they can use the product on what they’re growing and break into the global food markets.

“We can create an opportunity for new and interesting genetic varieties to find a home in our market, so we’re not part of a world where you find only 12 different kinds of apples at the grocery store, but a more diverse food system with tens of thousands of different kinds of fruits and vegetables you can buy,” he says. “By doing that, we can support the small producers that are the stewards of our planet.”

As the product has rolled out, Rogers says he’s been encouraged that Apeel has played an important role in food systems, buying time for fruit and vegetables to get from farm to grocery store to kitchen table.

Sounds good to me. Anything that increases the supply of food for people to eat is a good thing.

Honestly as someone with food allergies this sounds terrifying. I struggle to find food to eat and thinking about all of my whole, untouched safe foods being sprayed with other food ingredients is upsetting. How will we know what foods have been treated and with what ingredients??

How do I invest in this journey

Is Apeel available for me to purchase and would it extend the life of foods I buy at the store and bring home?

How does this compare to organic coatings that have been in the market for years? I’m not clear on how Fruit APeel is doing anything new. As far as I know, most citrus, pineapple, apples, and many other fruits have had this for many years.

Wait, so is it safe to eat (unless you’re allergic to it)?