Water conservation is a beautiful thing. 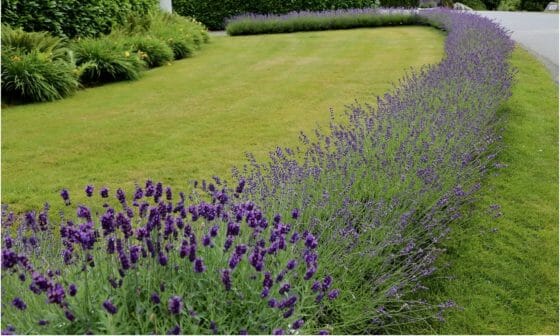 In most places in North America, January is the perfect month to embark on a water management and conservation plan for the growing season ahead. There is still plenty of time to observe, prepare and take action, but it is best to get started earlier than later.

Permaculture design education suggests that a home site be walked and observed more-or-less daily for one full calendar year, before putting pen to paper, or spade to soil. Lovely in theory, but hardly practical for 99.9%? percent of people living in urban and suburban environments.

The observation and notation suggestion though, is a good one — essential even. As we experience more intense rain and drought events in all parts of the country, as a result of climate change, we are forced to think more about rainwater and snow melt, and how to manage it. Swales and rain gardens are simple permaculture installations that can help us direct water away from certain areas, and toward others, for use or for storage. And, they can be beautiful. 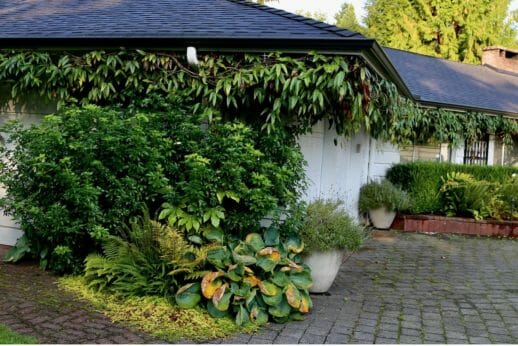 Now is the time, during this cold, wet season, so stand, sit, or walk outside on a rainy or wet day, and watch the water — where it comes from, how it flows, where it collects, and how quickly is dissipates. Ask yourself if you would prefer it ran another route or routes, pooled differently, dissipated more or less quickly, etc. Similarly, observe your outdoor spaces during times of water scarcity, shortage or drought. Take note of those areas that dry out quickest, sustain the most damage, or hold moisture and stay greener longer than other areas.

The good news is that we have ways and means of harvesting, storing and redirecting atmospheric water so that we can a) avoid wasting a precious natural resource; b) reduce irrigation frequency and volume, which will certainly reduce pressure on public infrastructure, and perhaps save money on utilities, and c) create or enhance natural habitat, grow produce, or create a cash crop such as the lavender shown above.

Swales and water gardens are two fabulous ways of collecting and managing rainwater that don’t involve the purchase and installation of rain barrels or cisterns.

Swales are rather like below ground ditches filled with a medium that absorbs and moves water to lesser or greater extent, depositing some, all, or none of it as it travels along a specific distance. A ditch or a trough can be a swale, but we would typically see such open forms of swales in rural settings. In urban settings, where real estate is more scarce, swales are generally below ground and invisible. 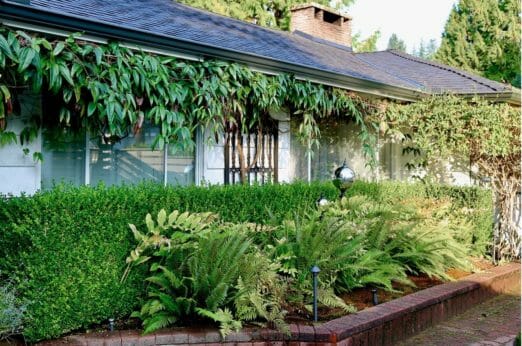 A rain garden is typically a final destination for directed water, often but not always located at the end of a swale, or series of swales, and sometimes above or beside a drywell or natural bog. The riparian edge of a pond can be a rain garden, if that pond is located at the end of a swale. Put very simply, swales harness and move water, and mitigate its flow-rate; rain gardens collect and retain water for a period of time, and use it to nourish biomass.

In rural areas, where there is bare soil and extreme drought and/or rain events, swales can slow-down erosion, and help capture lost soil for re-application. In urban areas, swales are used primarily to slow down and control the direction and dissemination of water.

Oftentimes, swales and rain gardens do nothing more that create a means of utilizing water that would otherwise disappear down a paved gutter or storm drain, to grow food or create biodiverse habitat for pollinating insects and birds. That in itself, is a huge win!

Where I live, in an established neighborhood with a long history of conservative garden design, but most definitely not of ‘conservation’, I was challenged recently to create water management solutions for our front yard that both worked well and looked beautiful. 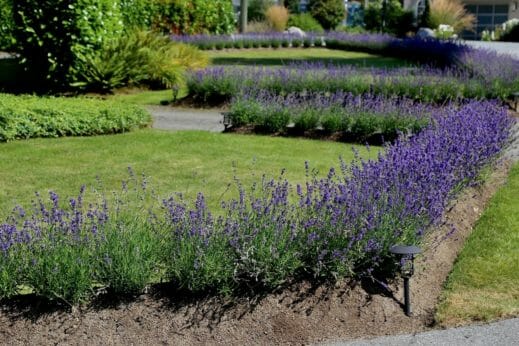 Over the past few years, our 75 year-old country-lane-style neighborhood had changed from a heavily wooded, low-profile community of ranchers with extensive and mature gardens and no sidewalks or streetlights, to one populated by extremely large homes (some would call them McMansions) on near clear-cut lots with extensive impermeable hardscaping and paving. As a result of the removal of mature wooded areas and permeable surfaces, our property, located slightly downhill and downwind of the new construction, was newly exposed to extreme north winds, heavy water run-off, and significant, drain-clogging, wind-born debris.

The rustic nature of the original neighborhood forsook storm drains, so we had some serious drainage and water accumulation issues to deal with. Ironically, during the winter months, rainwater accumulation and run-off began overwhelming the same areas of the front yard that, during summer months, dry out severely due to abutment with hot, dry pavement. My original plan for the affected area — a three foot wide swath of unproductive turf that stretched 100ft or so along the road area — was to install drought tolerant plants like lavender and grasses in a large bed along the road, so that I could scale back on irrigation until such time as we could remove the lawn entirely and replace it with a pollinator-friendly lawn alternative. 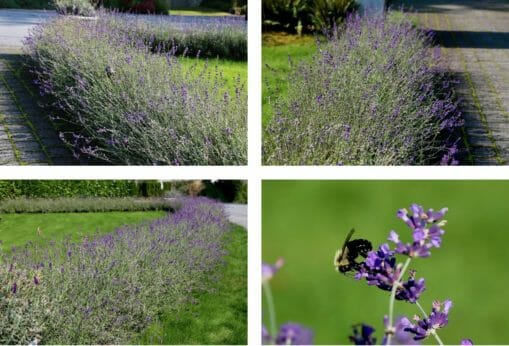 Time for a new plan. Leaning heavily on the teachings of permaculture design, most particularly the principle of ‘the problem is the solution’, we designed two three-sided swales surrounding both patches of boulevard, each dug 18″ deep. We filled the swales with small round drain rock to allow for plenty of room for water collection and movement, and then build 12-18″ high rocky berms on top of them, at grade, in which to install drought-tolerant, heat-loving lavender, whose feet do not like being wet.

The swales now capture and move water slowly from the front of the property, along the width of the swale, dispersing it slowly as it goes, feeding the lawn and other plantings. The lavender, now in its second season, forms a magnificent raised pollinator habitat for thousands of bees, birds and butterflies, and provides a cash crop of beautiful cut lavender and lavender products. A double win!

The most popular application of swales in rural permaculture is to dig them them on contour on a gentle slope, and then pile the excavated dirt on the downhill side of the ditch, to form a berm. This works beautifully, but unless it is planted or otherwise landscaped, isn’t terribly beautiful to look at in an urban environment. Oftentimes, people incorporate swales into footpaths or paths between garden beds, and infill them with woodchips or gravel. Both of these ideas work brilliantly, though gravel can be very unstable (even dangerous) to walk on, and wood chips can be too informal for some design-restricted urban environments.

Elsewhere on our property, the management of excess water is much more difficult to manage, and poses a more serious threat. In our backyard, slightly below grade from our patio, water has started pooling in places where it once percolated down through the soil at the same rate at which it arrived. It doesn’t take a major increase in annual rainfall or, as in our case, surface run-off, to upset such a balance and instigate major changes in water pooling behaviour. 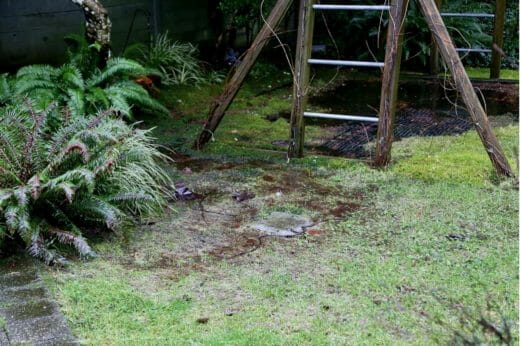 This particular backyard area sits directly above a dry well (gravel filled, landscape fabric lined pit) into which roof rainwater and excess surface water run-off feed through drainage tiles/pipes running under the patio. We quadrupled the size of the dry well just three years ago, and cannot expand it further without compromising established infrastructure. After much consideration we decided that the problem in itself will once again, become the solution.

This spring, we will create a large rain garden chock full of water-loving/tolerant, bog-loving/tolerant plants and medicinal herbs such as Labrador tea, watercress, rhubarb, asparagus, flag, iris, marshmallow, water mint, lemon balm, and other beautiful creatures. A newly laid set of reclaimed paving stones will forge a path, through a waist-high food forest, from the patio to the monkey bars. How perfect!

Rain gardens can be relatively easy fixes when perimeter drainage issues threaten the foundations of buildings, as well. It is very simple and cost-efficient to attach a short diverter to the bottom of a downspout, and direct the run-off away from the structure into a thirsty purpose-built rain garden, or rain garden and swale combination. Once plantings have matured over as little as a single season, the diverter disappears into the greens and no one is the wiser. Problem solved.

I encourage you to pull on your rubber boots and don some raingear, then go outside in the rain and the wet, and walk slowly around and observe, and imagine an action plan for the spring. However small — with absolute certainty you can harness the awesome power of atmospheric H2O and channel it into something even more life-giving than water itself.

Do this again and again until you see patterns and possibilities; it will happen, it always does. At the very least, you will breath some fresh air and give a boost to your complexion. 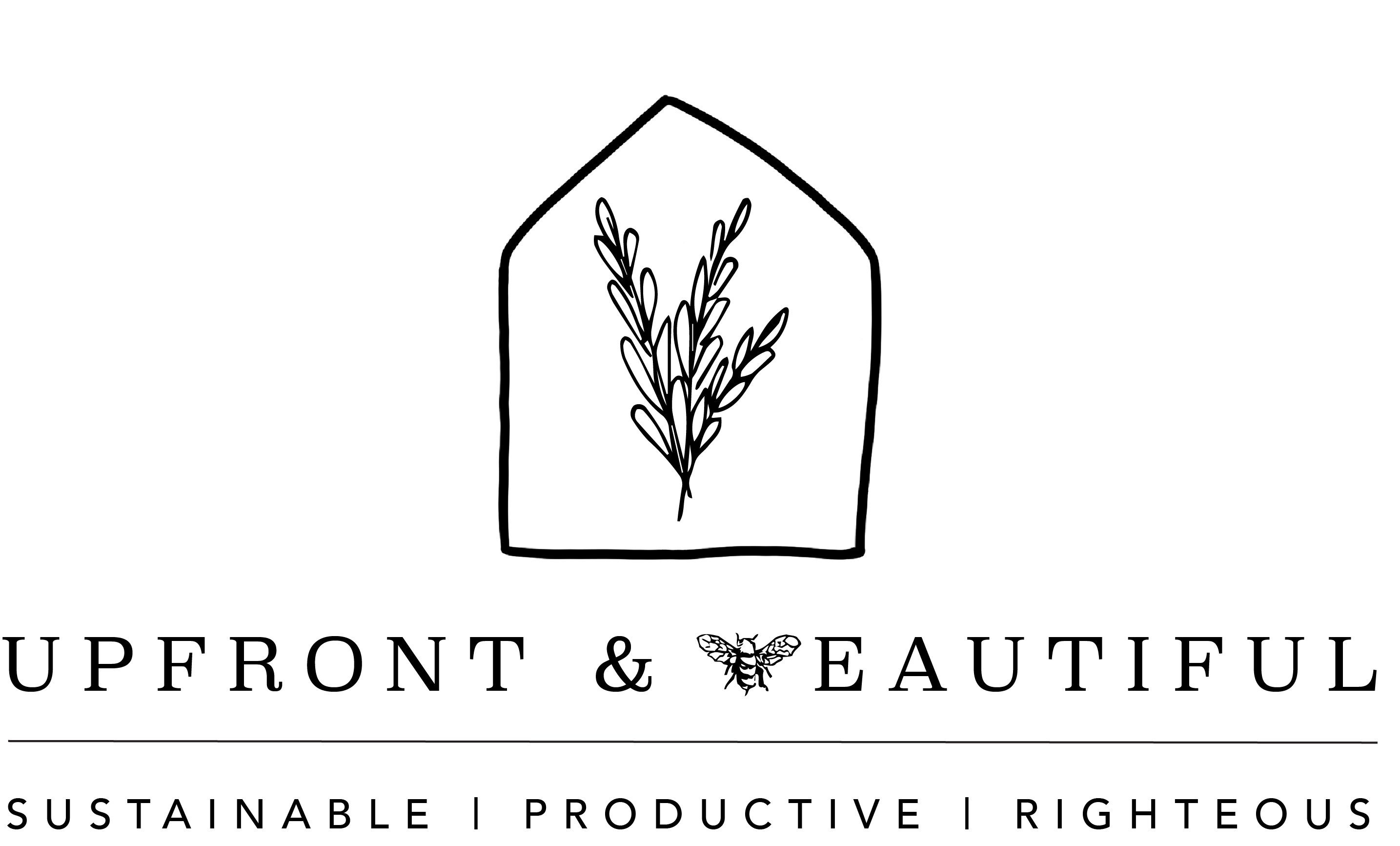 Related
Million Gardens Movement, Plants
SNAP Benefits Can Be Used to Buy Seeds. Why Isn’t That Well...Emily Baron Cadloff
Plants, Urban Permaculture
Urban Farming Can Actually Be Pretty ProductiveDan Nosowitz
Million Gardens Movement, Urban Permaculture
What I Learned During My First Year of GardeningFrank Giustra
Million Gardens Movement
America’s Oldest Continuously Operating Victory GardenFrank Giustra
wpDiscuz
We use cookies on our website to give you the most relevant experience by remembering your preferences and repeat visits. By clicking “Accept”, you consent to the use of ALL the cookies.
Cookie settings ACCEPT
Privacy & Cookies Policy