Australia has the biggest feral camel population in the world, but one farmer is working to change public perception of this ‘pest’. 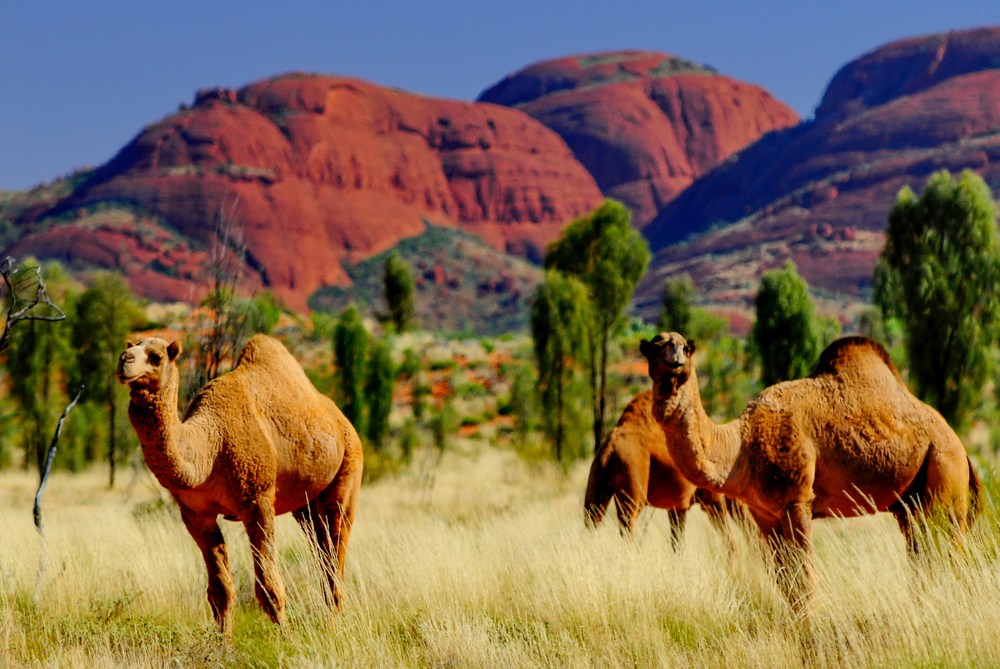 In the 1800s, camels were shipped to Australia from the Middle East, India and Afghanistan to help open up the country’s vast remote interior. They were later released into the Australian wilderness en masse with the advent of mechanised transportation.

With their energy-storing humps, broad toes that support their weight on sand and ability to eat 85 percent of even tough and thorny vegetation, they were perfectly suited to the dry, desert conditions which make up more than one-third of the continent.

Yet with a feral population numbering more than a million, and doubling every eight to 10 years, according to the federal government’s National Feral Camel Action Plan, they have wreaked havoc on landscapes and infrastructure. As a result, farmers have killed hundreds of the animals every day in an officially-sanctioned cull, which struck Martin as short-sighted and wasteful.

“My frustration was that people who have these problems with camels can’t see the opportunity,” he says.

In 2015, Martin and his then business partner, biochemist Jeff Flood, convinced some landowners to stop shooting the dromedaries and, instead, help round them up. They transported 20 camels to a rural property on the outskirts of Ipswich, one of Queensland’s oldest cities, to see if they could turn them into milking camels.

To set up his operation, Martin had to oversee a complicated retrofitting of standard dairy equipment. While cows and camels both have four teats, the similarities end there. Camels are, obviously, much taller. A milking mother must be calm, and have her calf nearby, in order to experience the oxytocin rush which triggers the flow of milk. Even when all these conditions are favorable, a lactating camel will yield only 2.5 liters (less than a gallon) of milk per day on average, as compared with a cow’s 40-55 liters (10.5-14.5 gallons). 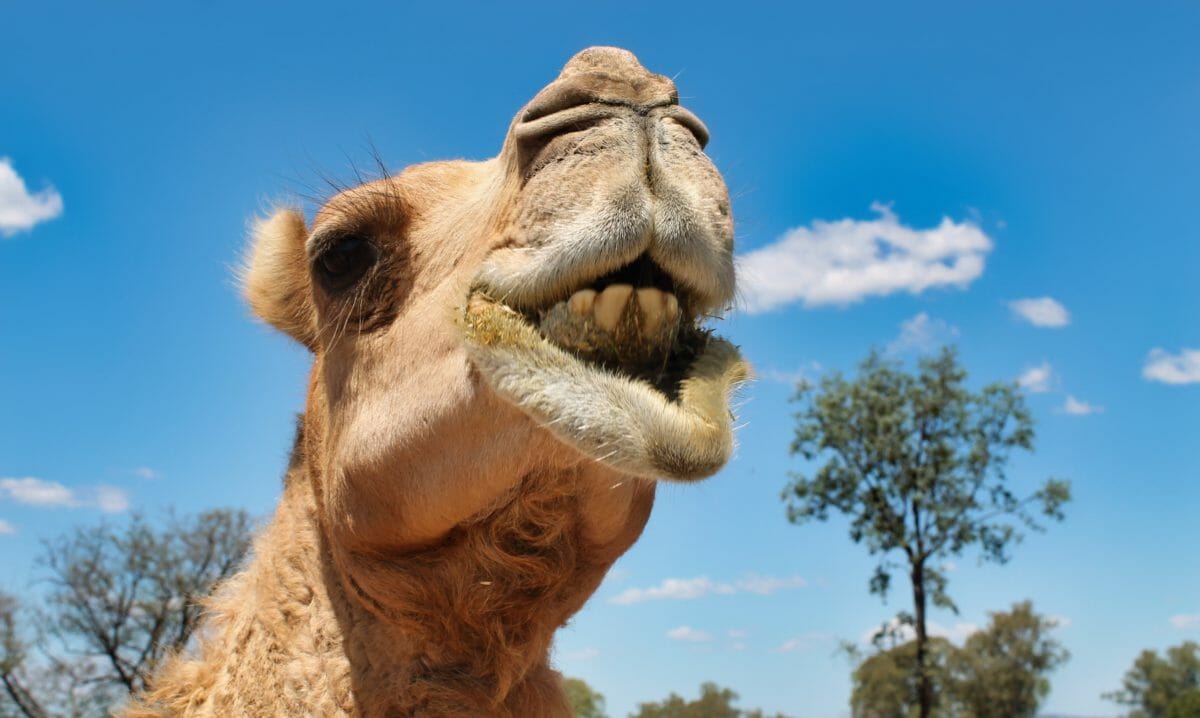 In 2016, the original herd, and an additional 40 captured camels, moved to its current location, an 830-acre property at nearby Harrisville, where Martin’s camel dairy, Summer Land Camels, is still based. His herd grew as he bred camels and flew in more captured animals by helicopter from far-flung locations in Australia. Summer Land Camels now has 550 camels on site and produces more than 1,000 liters (264 gallons) of milk a week.

The cost of producing and purchasing camel milk is fairly steep. Summer Land Camels currently sells a liter of milk (or about a quarter of a gallon) for eighteen Australian dollars. Yet the health properties attributed to camel milk means people are increasingly willing to pay.

Nidhi Bansal, a senior lecturer in food science at The University of Queensland, has been studying camel milk for five years. She says it contains three to five times more vitamin C than cow’s milk, but has no beta-lactoglobulin, a whey protein in cow and sheep’s milk.

“Camel milk has high antimicrobial activity due to the abundance of protective proteins in it, such as lactoferrin and immunoglobulins,” Bansal adds.

Summer Land Camels produces camel milk gelato, cheese and even vodka, courtesy of the whey left over from cheese-making. The farm also produces about 500 kilograms (1,102 pounds) of camel meat a week, using a specialty slaughterhouse.

Tourism wasn’t part of Martin’s original plan, but the interest shown by curious visitors (and the occasional selfie-seeking fence-jumper) encouraged him to introduce farm tours and camel rides.

Martin says his operation has adopted animals that would otherwise be discarded as a nuisance for farmers, and turned them into an economic opportunity. He hopes that the camel dairy industry will expand beyond the current handful of operators that exist in Australia—and not just for the sake of farmers, but for the camels, too.

“If we go and shoot them out, we’re never going to get them back again,” he says. “We’re trying to save these animals by turning (them) into something that people will farm and enjoy.”

Indeed it is wise to harness the economical and health benefits that camels can bring, rather than killing them. But 18 AUS a liter is a hard sell, even for a wonderful dairy milk that is safe for lactose intolerant people and for those with dairy protein allergies.

There must be a way to make camel milk less expensive for Australian. Any time a source for food and good nutrition is available humans should take it. One never knows when dairy cattle are unable, God forbid, to be unable to provide the nutrition needed.
Help animals survive, always.

Your still killing them?!

Related
Dairy, Food & Drink
Yes, the Government Really Does Stash Billions of Pounds of Cheese in...Emily Baron Cadloff
Future of Food, Plants
How More Than a Century of Antarctic Agriculture Is Helping Scientists Grow...Daniella McCahey
Lifestyle
These Farmers and Ranchers Turn Trash Into TreasureBridget Shirvell
MTMF
How Saving Seeds Is Helping This Modern Farmer Reconnect With Her RootsBevin Cohen
wpDiscuz
We use cookies on our website to give you the most relevant experience by remembering your preferences and repeat visits. By clicking “Accept”, you consent to the use of ALL the cookies.
Cookie settings ACCEPT
Privacy & Cookies Policy