What Does Agriculture Have to do With Zoonotic Diseases? - Modern Farmer
Animals, Health

What Does Agriculture Have to do With Zoonotic Diseases? 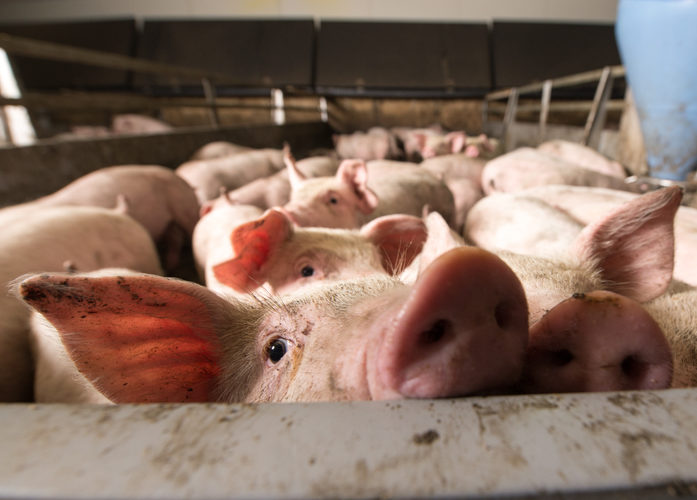 The way food travels from farm to table can have substantial implications on everything from economies to the environment and even our health.

COVID-19 is just the latest zoonotic disease to emerge and over the years scientific studies have shown that certain industrial farming practices and converting land for agriculture have created ideal conditions for such diseases to thrive.

Zoonotic diseases are infections that spread between animals and people. The Centers for Disease Control and Prevention estimates that more than 60 percent of known infectious diseases in people are zoonotic. Despite the fact that the COVID-19 pandemic has been described by some as a “once-in-100-years event,” research shows these kinds of diseases are becoming less rare, and researchers say clearing forests for agriculture is largely to blame.

“Disease emergence and future pandemics are directly related to habitat loss, human exploitation of wildlife and species extinction,” says Jennifer Lane, a field veterinarian at UC Davis’ One Health Institute, who is involved in an initiative called USAID PREDICT , which looks to reduce future pandemic risks.

While evidence at this point indicates that COVID-19 originated in a bat, zoonotic diseases can jump to livestock animals like cows, pigs and chickens. Depending on the disease, it can be transmitted to humans through direct contact, or indirect contact with the animal or through food or water. Lane says that when farms are built near forests, livestock has an increased opportunity to mix with wildlife, which increases the chances pathogens will jump from one animal to the other.

Lane says there need to be focused efforts to either reduce land conversion or to at least be more strategic about it. A study conducted earlier this year by Stanford University scientists looked at farmers in Uganda who lived near forests (and therefore animals) and found that the chance of transmitting zoonotic disease between wild primates and humans increased when farms have a larger shared border with forests.

This is because the larger the shared border, the more resources that were being shared between the two groups. Frequent interactions between farmers and primates would happen when the former would go into the forest to chop firewood, or animals would wander onto agricultural land looking for food.

Acknowledging the fact that there is a demand to feed the world’s growing population, researchers at the time told Modern Farmer that one effort that would minimize risks of contact could include building buffer zones like tree farms or reforestation projects.

Intensive farming practices are another risk factor that Lane points to. This term, another way to describe industrial agriculture production and confined animal feeding operations, has also been associated with creating environmental conditions that breed harmful pathogens. In May, Samuel Sheppard, a professor of biology and biochemistry at the University of Bath, released a paper that found jamming a lot of farm animals into close quarters and overusing antibiotics can drive up harmful bacteria that can be transferred from animals to humans.

“People underestimate perhaps what an impact livestock farming has,” he says, adding that the more animals you have in a confined space, the higher the chance a pathogen has of spreading and the more opportunity it has to adapt amongst different genetic traits of the animals. Certain pathogens, like salmonella, can also thrive on animals that produce stress hormones, which can be common if animals are placed in confined spaces.

“If you increase your livestock, you increase the number of pathogens and the chances of spill over of these pathogens getting into a human food chain,” Sheppard says. “Say it goes into rivers, it goes into land, but also it goes on to the surface of the meat when it’s being slaughtered, and it’s more likely to get into the product that you buy in the supermarket.”

The overuse of antibiotics in farming can also make certain bacterial strains more resistant and difficult to get rid of. Though his recent paper’s focus was on bacterial zoonotic diseases, Sheppard says these conditions can be just as applicable for viral strains, with the exception of antibiotics.

Sheppard and Lane say the agriculture industry does play a role in trying to prevent future zoonotic diseases, but it will be a collective effort. Farmers should be following responsible husbandry practices that prioritize biosecurity and animal welfare, they say. And governments should be enforcing responsible agriculture practices while working to ensure the land is managed in a way that minimizes zoonotic transfer. Until that happens, outbreaks could start coming much faster and definitely more furious.