Meat Production Has Rebounded, But So Have Coronavirus Cases at Plants

Are the plants really operating as safely as they should? 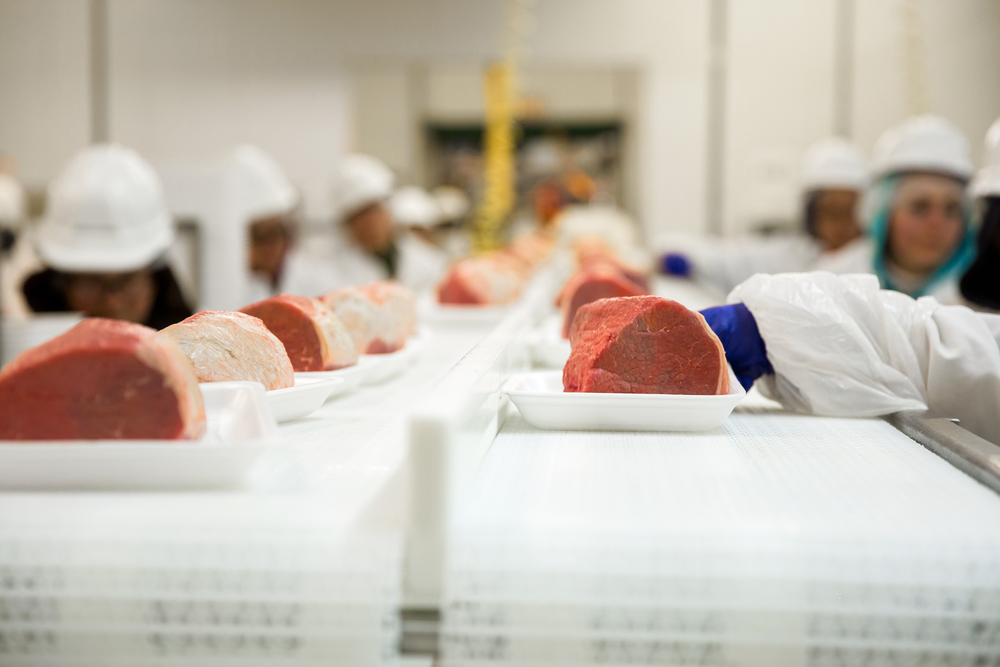 Meatpacking plants have proven to be some of the country’s worst hotspots for the spread of COVID-19.

After dozens of these facilities closed in response to positive test results, the Trump administration and the major meatpackers have pushed hard to get those plants back online, theoretically with new protections. But tracking from the Midwest Center for Investigative Reporting and USA Today indicate that COVID-19 cases have increased dramatically since those efforts to reopen plants.

Meatpacking plants are particularly conducive to the spread of contagious disease. They have been classified as essential, which means they remained open. Workers toil in very close proximity to each other, especially on the line. Many workers live in tight, dorm-like confines provided by the plant. Those conditions led to many positive test results, and further led to the mass shutdown of plants in late March and April.

On April 28th, the Trump administration issued an executive order to compel plants to stay open, which the plants wanted to do anyway. Amid fears of meat shortages, the few gigantic corporations that control the majority of the American meatpacking industry scrambled to institute safety measures, including masks, gloves, distancing, and plastic windows between workers. Those measures took a little while to ramp up—in some cases, workers were given $50 to find their own masks—but they were largely put in place.

The new tracking, though, finds that the rapid spread of COVID-19 among meatpacking workers has hardly stopped. In the five weeks since that Trump order, the number of cases has doubled, now at over 20,000 infections and at least 74 deaths. Plants with protective measures in place have still reported infections.

And it seems as though the push to reopen has also encouraged the plants to resume practices they had before the outbreak. Tyson reinstated a rule it had suspended for a few weeks prior, in which workers are penalized for missing shifts. Now, a worker has to present with symptoms in order to be excused from work, a troublesome rule given that people can be infected, or believe they may have been infected, without showing symptoms. In short, this penalizes people from skipping work because they are, rightfully, afraid of what is one of the most dangerous jobs in the world right now.

The day before confirming that new policy, Tyson announced that 815 of its workers had newly tested positive for COVID-19 at two of its plants.

It is, to be clear, possible that without protective measures, infection rates would be even higher than they currently are in meatpacking plants. But it’s also clear that these plants are obscenely dangerous, and that the protective measures have absolutely not halted the spread of the virus among its workers.