Dream of Wild Health is filling gaps with traditional food. 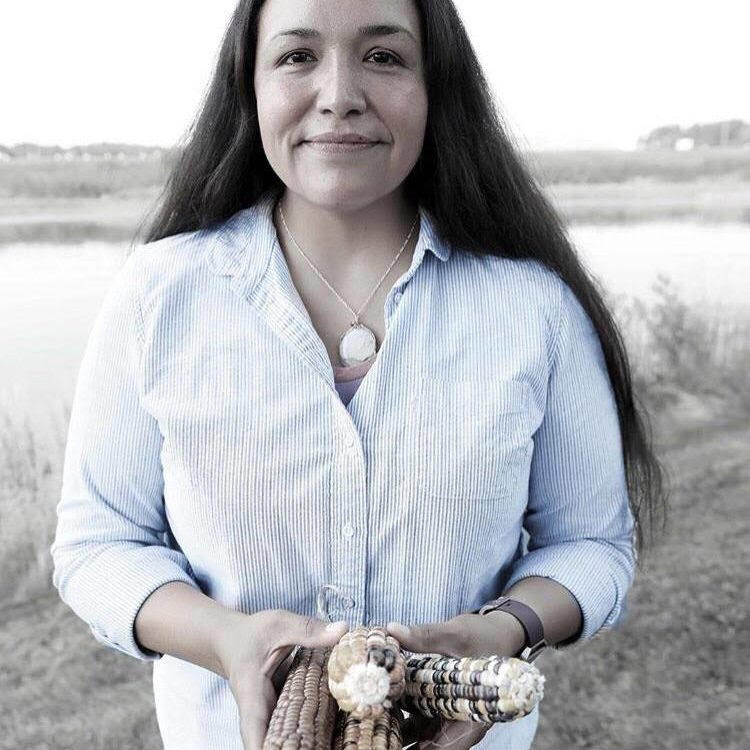 In defiance of COVID-19’s crippling climate of uncertainty, Neely Snyder has stayed grounded by working to ensure her community is provided with the food of its ancestors.

Snyder, a member of the St. Croix Band of Chippewa and a Minnesota resident, has seen the Native American population throughout the state disproportionately suffer from poverty and health issues that have been strongly associated with a higher risk of death from COVID-19.

“A lot of our people were pushed onto reservations, into unfamiliar territories and so they kind of lost that connection to the land, to their food,” she says of colonization. “If we can bring life back into our community and bring back those Indigenous foods that we once had, I think we can start seeing an improvement in our health.”

Snyder serves as the executive director of Dream of Wild Health, a nonprofit dedicated to reconnecting Native American people in the Twin Cities region to traditional food, medicine and lifestyle. It grows fresh produce on its Hugo, Minnesota farm, maintains a native seed collection and provides education surrounding traditional crops.

When the pandemic hit the area, the organization began to ramp up its services in response. On March 31, the organization acquired an additional plot of land, tripling its farmland to 30 acres. Snyder says the increased capacity will help fill additional gaps in food insecurity caused by COVID-19, and will ensure a connection between Native Americans in the area to their culture during turbulent times.

”Access to food will become a challenge and we want to be ready to be able to meet that challenge,” Snyder says. “We’re going to make sure we take care of our community.”

Crops produced on the Dream of Wild Health farm consist of native crops such as corn, beans and squash as well as market vegetables like cucumbers, tomatoes and onions. They are distributed through its CSA program, sold at farmers markets and sent to a number of Native restaurants, chefs and non-profits. The organization also donates a portion of its product to food shelves.

According to the Indian Health Service, the Native American population in the US    has a life expectancy that is 5.5 years less than the country’s general population. In addition to high rates of poverty and hunger, they are 50 percent more likely to be diagnosed with coronary heart disease than white people and three times more likely to be diagnosed with diabetes.

Farm manager Jessika Greendeer and her crew of seven have been clearing brush on the new 20-acre property, so that planting can begin within the next few weeks.

“I know a lot of people are counting on us to get this right and that’s what’s so important about our work,” she says.

As the seed keeper for Dream of Wild Health, Greendeer manages the organization’s seed collection, which preserves more than 200 varieties of native seeds. Such initiatives play an important part in keeping Indigenous food traditions alive.

Greendeer has also been running a number of online workshops about Native American food traditions. As there has been an increasing number of people looking to grow their own gardens, staff has been offering virtual training on growing Indigenous crops and producing food at home.

“It’s beautiful to be a part of giving people new, old traditions to start their own journeys with their own food sovereignty,” Greendeer says.

Moving forward, Snyder and Greendeer are confident that Dream of Wild Health will continue to expand its presence in the community even after the pandemic runs its course. When social distancing measures ease up, they hope to have visitors on the farm so they are able to share their new land and use it as a hands-on space for learning.

i believe “food sovereignty” is natural and you are acting with beautiful intent, thank you

Popular
The Rise of At-Home Hydroponic GardensBridget Shirvell
How to (Actually) Get Rid of Fruit FliesEmily Baron Cadloff
7 Smokable Plants You Can Grow That Aren’t MarijuanaBrian Barth
5 Rare Plants That Are Surprisingly Easy to Care ForEmily Baron Cadloff
Five Differences Between Rabbits and HaresAndrew Amelinckx
Explore Modern Farmer
Related
Animals
How Can Farmers Coexist With Wolves?Dan Nosowitz
Plants
One Way to Grow Despite Drought? It’s in the RootsDan Nosowitz
MTMF
Cultivating Resilience: Growing Olives in PalestineEmily Baron Cadloff
Immigration, Labor
Farmers Across the Midwest Struggle to Hire Domestic EmployeesAmanda Perez Pintado
wpDiscuz
We use cookies on our website to give you the most relevant experience by remembering your preferences and repeat visits. By clicking “Accept”, you consent to the use of ALL the cookies.
Cookie settings ACCEPT
Privacy & Cookies Policy