Thousands Began Farming Hemp This Year. It Hasn’t Gone How They Hoped.

The rush to farm industrial hemp has left some farmers without a buyer. 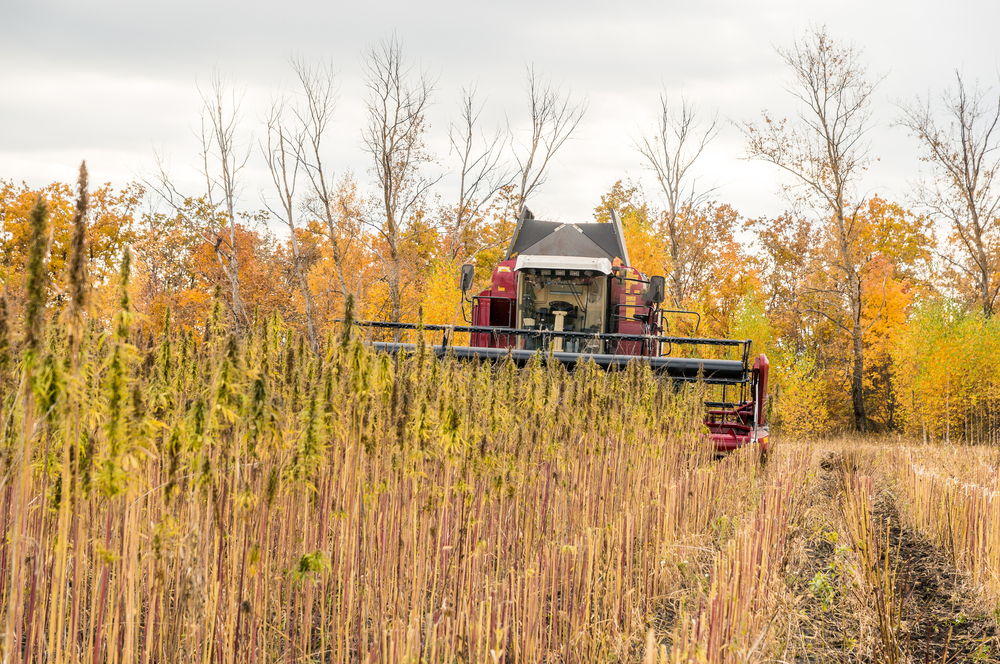 Thousands of American farmers across the country began growing hemp—cannabis with low or nonexistent levels of the psychoactive THC—seeing a potential windfall of profits. But reports from the first year indicate that hemp may not be the financial savior it was billed as.

A new story from Reuters finds that many hemp farmers have struggled in this first harvest. The crop hasn’t been as easy to grow as it seemed, but more troubling is that the market for industrial hemp has been rocked by the sudden appearance of thousands of sellers.

Though many of the traditional uses of the versatile hemp plant, for textiles, papers, and rope, have yet to prove particularly profitable, a craze for cannabidiol, or CBD, provoked a frenzy for planting the crop. Cannabidiol is a legal but almost entirely unregulated extraction from industrial hemp, taken as a supplement. CBD is FDA-approved for an epilepsy treatment but more commonly used recreationally to theoretically treat everything from anxiety to gluten intolerance, and is likely already a billion-dollar industry. Some estimates suggest it’ll skyrocket in the next few years; one study predicts it’ll be a $20 billion industry within a few years.

Given the demand, some in the hemp industry predicted that good-quality hemp would fetch around $750 an acre, several times more than row crops like corn and soy. And hemp was presented as an easy-to-grow crop: naturally resistant to pests, able to tolerate wide variances in climate and soil quality.

But Reuters found that this hasn’t all added up to a big paycheck for hemp farmers. For one thing, the price for hemp immediately dropped in response to the quickly swollen supply; a July survey from Whitney Economics found that 65 percent of hemp farmers surveyed could not find a buyer for their crop.

Hemp has also proven a little more tricky to grow than expected. The process of growing cannabis without THC in it—the legal limit is 0.3 percent—is inexact and based on cross-breeding. Some farmers accidentally grew hemp that tested above that limit, which makes that hemp illegal to sell in most states. Those farmers had no choice but to destroy any offending plants. There’s also a recurring issue with mold; some farmers have lost nearly half their crop to mold, which renders the plant unsellable.

Another issue is that hemp, despite its vibe, is not particularly well-suited for small acreage cultivation. It takes an awful lot of raw plant material to extract CBD; a hemp marketplace CEO told Reuters that the crop is more like canola than a small-batch artisanal crop. Volume is key, and many farmers simply experimented this year with a few acres.

In some ways, this issue is to be expected; the market is brand new and has yet to stabilize. Farmers didn’t know what the buyers would want, and sellers have capitalized. Some of that will be fixed in time, but many farmers will certainly be scared off of trying hemp next year, based on this first harvest.

what are some of the best practices in growing hemp. And what are the pitfalls to look out for

nice article.
as one of the first eu processors of hemp for extracts, weve been through the mill a few times!