They followed the law, but might still lose everything. 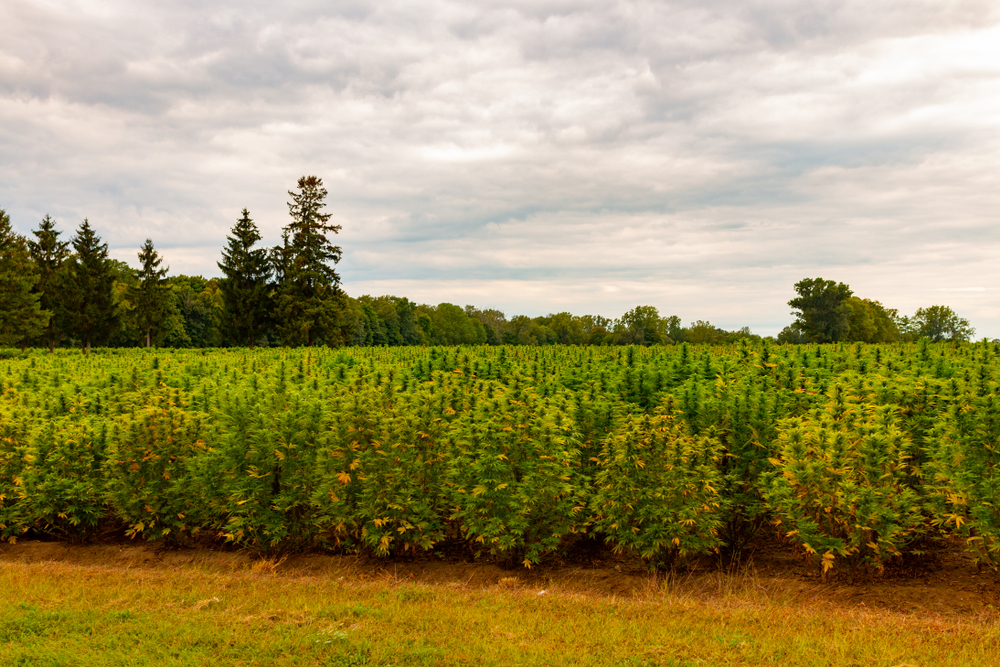 We wrote about Sheepscot General Farm, up in Maine, just a few weeks ago.

Sheepscot was the first farm in the country to announce a pick-your-own hemp field, in the same way you might pick apples or berries. “The U-pick was a success,” says Taryn Marcus, who co-owns Sheepscot with her husband Ben. What came after was less successful.

Two weeks ago, the Marcuses received notices from both their bank and their insurance company, which covers the farm as well as their home. Acadia Insurance abruptly cancelled their coverage, giving them only until November 19th to find a new insurer. Shortly after that, their bank, Camden National, said they would be closing the Marcuses’ bank account, reports Penelope Overton at the Portland Press Herald.

Taryn and Ben said they were complying fully with the law surrounding hemp: they secured a Maine state license and followed all available laws in growing their first three acres of hemp. They even instituted a rule requiring all purchasers to be 18 years of age or older, which they were not legally required to do. (There is currently no legal age minimum for the purchase of industrial hemp or hemp products.)

Their insurance company and bank pulled their services not because the Marcuses were doing anything illegal, but because the laws that exist are not, in their view, strong enough to limit their liability. Industrial hemp became legal with the 2018 Farm Bill, but the vast majority of actual regulations around production, harvesting, packaging, and sale were unfinished for months. With CBD, the main product created from hemp, a potentially multi-billion-dollar annual industry, hundreds of farmers across the country leapt into the market. “They said that the ‘risks’ with hemp is not yet understood and that we should have a better idea in a couple years. It’s absurd,” says Marcus.

That’s meant that many farmers like the Marcuses have been placed in an impossible situation. Their financial safety nets are skittish of anything as poorly regulated as hemp, but the market is there. In response, Maine’s governor and agriculture commissioner both penned a letter to the USDA, calling on them to get some rules out already so farmers can grow their legal crop.

The USDA may have been slow to create guidelines for the new and highly profitable hemp industry, but as of this week, a set of interim rules have been proposed. They make clear some requirements for testing, licensing, and processing hemp. But perhaps most importantly for farmers like the Marcuses, they make hemp farmers eligible for crop insurance, just like any other farmer, through the Federal Crop Insurance Corporation. The USDA will also be providing, through all its many channels, all the marketing, growing, and technological assistance available to farmers of soy, corn, or any other crop.

But it’s not clear that these new rules will fix the problems the Marcuses and other hemp farmers face. “I did see that USDA released its hemp guidelines, and though we think it’s a step in the right direction, we think banks and insurers and thus farmers and the rest of the public are ultimately at the mercy of the underwriters,” says Taryn Marcus. “We haven’t found an insurance company that is willing to offer us a reasonable premium to do with hemp what we do with every other crop that we grow – sell it direct to consumer.”

One major problem is that the new rules do not explicitly tell insurers to accept hemp farmers.

“We won’t be taking advantage of FSA loans or crop insurance through the fed, we don’t use those programs for any of our crops,” says Marcus. So switching to the FCIC would be a huge adjustment, all for a crop as legal as any other.

The bank part turned out, says Marcus, to be a relatively easy fix; another local bank, cPort Credit Union, knew their story and took them on with no fuss.

The work to fully understand and appropriately regulate hemp is nowhere near done; it will take decades for public health research to have any real conclusions about the chemicals in hemp. But treating it like any other crop is a vital step for the new farmers.