Despite efforts, hundreds of complaints of problems related to the herbicide are rolling in. 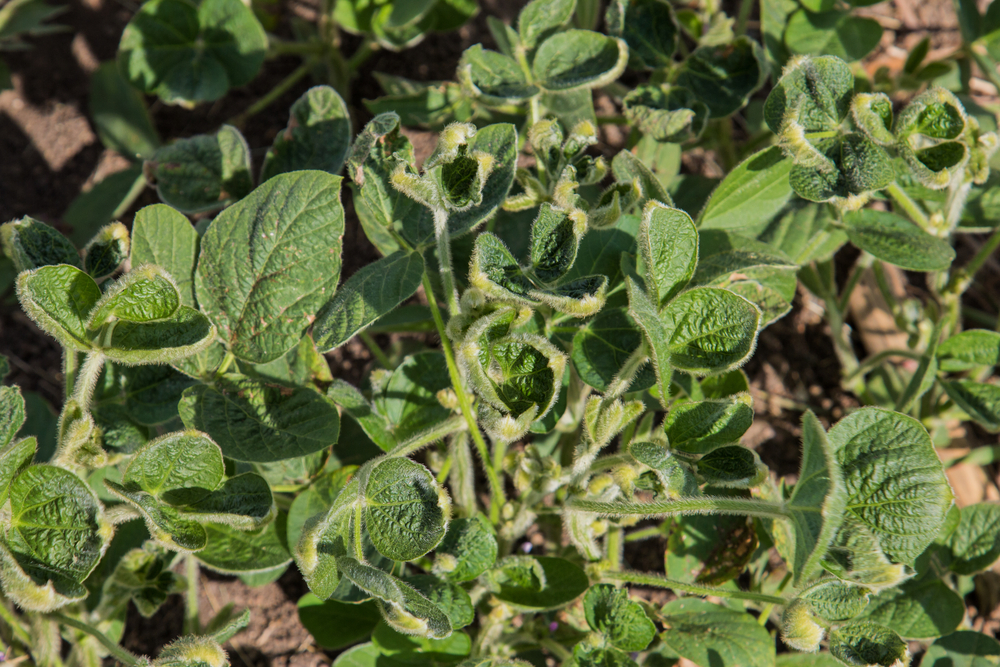 You might remember the phrase “dicamba drift,” assuming you’re not a farmer who has to deal with it every day.

In 2017, an estimated 3.6 million acres of farmland were damaged by dicamba, a herbicide manufactured by Monsanto, now owned by Bayer. Dicamba has proven to be a volatile spray; it drifts off easily, and when it lands on plants that haven’t been bred to resist it, those plants struggle. Following some statewide bans, dicamba was also used in the 2018 and 2019 growing seasons, with some modifications.

But a new report from the Midwest Center for Investigative Reporting finds that, despite all of these efforts, dicamba drift is not going away. Dicamba’s effects have been most noted on soybean crops, which demonstrate a telltale “cupping” shape in their leaves when hit with dicamba. In Illinois, the nation’s biggest producer of soybeans, reports of dicamba-related problems have only gone up: 590 in 2019, compared with 330 in 2018 and 246 in 2017.

Bayer has made several changes as a result of the 2017 reports. A new formulation of dicamba was released, theoretically less “volatile,” another word for “drifts in the wind onto unprotected fields.” Bayer also has maintained that dicamba drift was largely due to user error. Some farmers have even sued the company, claiming that the directions were nearly impossible to follow. Those directions were updated multiple times to make them clearer.

The company also invested in training classes, which were actually mandatory in certain states.

“In preparation for the 2019 season, more than 80,000 growers and applicators were trained across the agriculture industry and states, including at more than 700 training events hosted by Bayer,” wrote Charla Lord, of Bayer’s public affairs team, in an email. (Lord had previously worked at Monsanto, before the acquisition.)

Yet despite all of that, the reports of dicamba drift problems are still rolling in, in higher volumes than ever. In response to this curiosity, Lord told the Midwest Center for Investigative Reporting that some of the reported problems could be coming from other issues, including environmental stressors, tank contamination, and other pesticides.

Aaron Hager, a weed specialist at the University of Illinois, examined those claims in a blog post for Successful Farming. He found no evidence that environmental stressors could cause the telltale cupping of soybean leaves associated with dicamba drift, and that widespread tank contamination is a dubious suggestion. “Is industry suggesting that hundreds of agrichemical facilities and thousands of tender trucks and application equipment in Illinois are contaminated?” he writes. “Does anyone have physical evidence of this, or is it just more speculation?”

In response to questions, Lord provided similar or identical quotes to those given to the Midwest Center for Investigative Reporting. She did note that Bayer has found “potential dicamba symptomology,” but Bayer’s plans for dealing with that issue are external: checking the weather patterns during spraying, making sure directions are followed. In response to a question about whether dicamba is simply unsafe to use, despite everyone’s best efforts, she wrote: “We cannot speak on behalf of all dicamba products, but XtendiMax® with VaporGrip is safe when used according to the label.” This is not, of course, a position shared by everyone; Hager, among others, writes that available evidence strongly indicates dicamba is responsible for many of the damage felt in the Midwest.

If you want more info on these latest developments, head over to the Midwest Center for Investigative Reporting to read their full findings.

Popular
America’s Oldest Continuously Operating Victory GardenFrank Giustra
How to (Actually) Get Rid of Fruit FliesEmily Baron Cadloff
7 Smokable Plants You Can Grow That Aren’t MarijuanaBrian Barth
The Unique Struggle of Running a Sheep Dairy in AmericaChristine Clark
Why Seasonality Matters for CheeseHannah Howard
Explore Modern Farmer
Related
How-To, Plants
How to Preserve Your Own FlowersSophia F. Gottfried
Environment
Report: Millions of Acres of Grassland Lost to Agriculture This YearDan Nosowitz
Politics
National Farmers Union Announces Campaign to Break Up Agricultural MonopoliesEmily Baron Cadloff
Plants
Tar Spot Disease Is Plaguing Corn Fields Across the MidwestLindsay Campbell
wpDiscuz
We use cookies on our website to give you the most relevant experience by remembering your preferences and repeat visits. By clicking “Accept”, you consent to the use of ALL the cookies.
Cookie settings ACCEPT
Privacy & Cookies Policy