Dicamba, Monsanto, and the Dangers of Pesticide Drift: A Modern Farmer Explainer

If you're confused about this latest chapter in the ongoing good-versus-evil debate about genetically engineered crops, you're not alone. 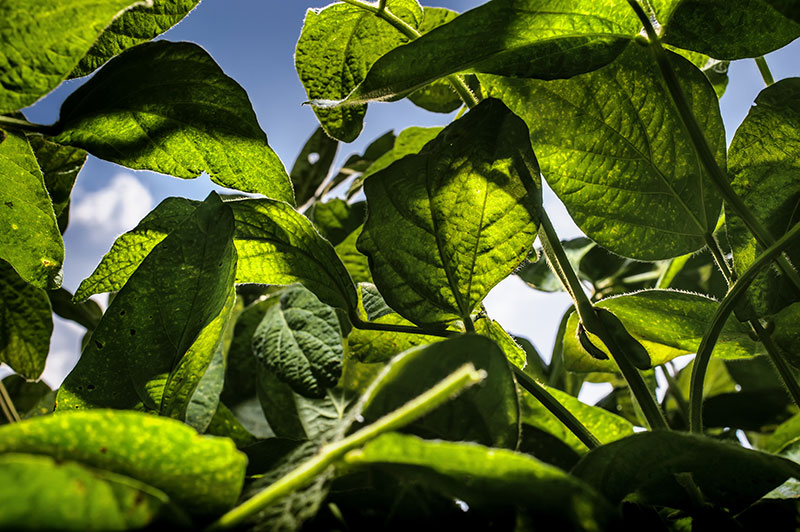 For years we’ve heard about the ills of Monsanto’s genetically engineered Roundup Ready corn and soybeans, but what is dicamba and when did they start engineering crops to be resistant to it? For that matter, why are so many Midwestern farmers suddenly so angry?

If you’re confused about this latest chapter in the ongoing good-versus-evil debate about genetically engineered crops, you’re not alone. The science behind GMOs – as well as the ethical implications of how they are employed in agriculture – are extremely complex. Which is why the editors here at Modern Farmer periodically publish a nuts-and-bolts primer on various biotechnology subjects.

In this particular case the bare facts are quite appalling, and you’d be forgiven for thinking the world’s largest seed company is not the kind-hearted proponent of sustainable agriculture they’ve recently tried to rebrand themselves as. Here’s why:

Dicamba is an herbicide that selectively kills broad-leafed weeds (as opposed to grass family plants). It is commonly used in conjunction with other herbicides, such as glyphosate, and according to the National Pesticide Information Center is currently found in about 1,100 herbicide products. It mimics natural plant hormones which cause abnormal growth and eventually death. Dicamba is sold under a variety of trade names including Banvel, Diablo, Oracle, and Vanquish, and is found in products used for both agricultural and home landscape applications.

How is dicamba different from glyphosate?

Glyphosate, also known by the Monsanto trade name Roundup, is one of the least toxic of the synthetic herbicides available today, a fact that herbicide companies often use to justify its widespread use. It became the world’s most popular herbicide after the first glyphosate-resistant crops became available in the ’90s, as farmers could use it to kill unwanted weeds without damaging their crops.

Dicamba is considered more toxic than glyphosate, but less toxic than 2,4-D, the third most common broadleaf herbicide. (Monsanto is working on crops that are resistant to 2,4-D, as well.) Yet when used properly, dicamba is considered only mildly toxic to people, pollinators, wildlife, and aquatic organisms. There is no scientific consensus on whether it has cancer-causing properties, though the EPA says “dicamba is not likely to be a human carcinogen.”

Still, all herbicides are poisons and the vast scale in which they are used in conventional agriculture is cause for alarm.

Why did Monsanto develop dicamba-tolerant soybeans?

Monsanto has been working for years to develop dicamba-tolerant crops by inserting genes from soil bacteria. The first of these crops, Roundup Ready 2 Xtend soybeans and cotton (these varieties are also glyphosate-tolerant), were approved for commercial planting in the US earlier this year, giving farmers another weapon to control weeds.

What’s all this in the news about dicamba and pesticide drift?

One of the major disadvantages of dicamba compared to glyphosate is that it is much more “volatile,” meaning it easily becomes airborne and drifts away from where it is applied. Historically, dicamba has been used in agriculture primarily as a pre-emergent (applied to the soil to kill weed seeds prior to planting a crop), since it could not be applied directly to crop plants. But this spring farmers began planting Monsanto’s new soybeans on about 1 million acres in the US, and have been spraying their fields with dicamba (to kill an especially pernicious strain of glyphosate-resistant pigweed) – which then drifts on the wind, damaging soybeans on other farmers’ fields that are not resistant to the herbicide.

Wait, how did this happen?

The catch is that Monsanto’s new dicamba-resistant crops are only supposed to be sprayed with a new formulation of dicamba that does not vaporize so easily, and is thus less likely to drift onto neighboring fields. The problem is the company’s new version of dicamba is not yet available, because the EPA has not approved it (it is expected to be approved for use in the 2017 growing season, however). In fact, spraying older formulations of dicamba on the new dicamba-resistant crops is expressly prohibited by the EPA.

Still, Monsanto chose to distribute the seeds under the premise that they offered higher yields and other benefits to farmers besides dicamba-tolerance. Supposedly, Monsanto instructed farmers not to spray the new soybeans with dicamba, but apparently the temptation was too great: An estimated 200,000 acres of soybeans in Arkansas, Tennessee, and Missouri have been affected by dicamba drift so far this summer. Miriam Paris, US soybean marketing manager for Monsanto, issued a statement on August 4th, insisting that the St. Louis-based company “does not condone the illegal use of any pesticide for any purpose… [and] did a number of things to remind farmers that dicamba could not be used on the soybeans yet, including training, education, prominent reminders on our seed bags, letters to dealers and farmers, and use of mass media.”

What are the consequences?

No regulatory action has been taken against Monsanto, nor is that likely as they technically did not break any laws. Numerous farmers have been fined for illegally spraying dicamba, though numerous news reports indicate that the $1,000 fine is being treated as a slap on the wrist – not a severe enough penalty to change behavior. Meanwhile, farmers whose fields have been affected by dicamba drift are expected to lose between 10 and 30 percent of this year’s yield.

The long-term consequences are unclear, though presumably many weeds will develop resistance to dicamba as it becomes sprayed on a wider scale – Monsanto has invested $1 billion in producing its new dicamba formula, and expects 15 million acres to be planted with dicamba-resistant seeds in 2017 and 55 million acres by 2019. A recent University of Arkansas study found that pigweed sprayed with low doses of dicamba became resistant to the full legal dose after just three generations.

Why should we have to plant dicamba ready beans just in case our neighbor decides to spray dicamba, and it moves.
What can we do to prevent it from drifting into our garden and yards. We rely on the garden produce to feed our family.
Go ahead and report it – nobody is going to reimburse you on your losses. Monsanto will just advise you not to eat any homegrown vegetables or fruit!
Sounds like a fair enough trade off so Monsanto can make a big profits, doesn’t it?

You all feeling the Monsanto/Bayer pinch yet? Wouldn’t you like to plant what you want to plant, without worrying about screwing over or getting screwed by your neighbors? C’mon America. What happens to the price of these seeds and Dicamba once you all switch? What happens when ONE company owns ALL of the rights to one of the world’s largest crops and then switches you to the latest herbicide and seed match when this one fails. It’ll be too late to stand up to these thieves then because they’ll take your money until you have none left. They’ll be coming… Read more »

Glyphosate is a neurotoxin plus linked to autism in children. Glyphosate aka roundup residues are found in GMO crop foods.

Why bother with a product that will be unless for its intent in 3 generations? Sounds like another ‘LET’S GET RICHER WHILE WE CAN’ scheme at TAXPAYERS EXPENSE…AGAIN!!!

Related
Personal Essay, Plants
I Failed at Growing Food for Humans, So I Grew It for...Lela Nargi
Plants
Why We Need to Adopt More Orphan CropsShea Swenson
Animals, MTMF
Meet the Gay Goat Guys, a Modern Couple Committed to Putting Animals...Emily Baron Cadloff
Environment, Fish, Water
The Oyster Farmers Working to Address Aquaculture’s Big Plastics ProblemBridget Shirvell
wpDiscuz
We use cookies on our website to give you the most relevant experience by remembering your preferences and repeat visits. By clicking “Accept”, you consent to the use of ALL the cookies.
Cookie settings ACCEPT
Privacy & Cookies Policy