It’s pulp, but not fiction. 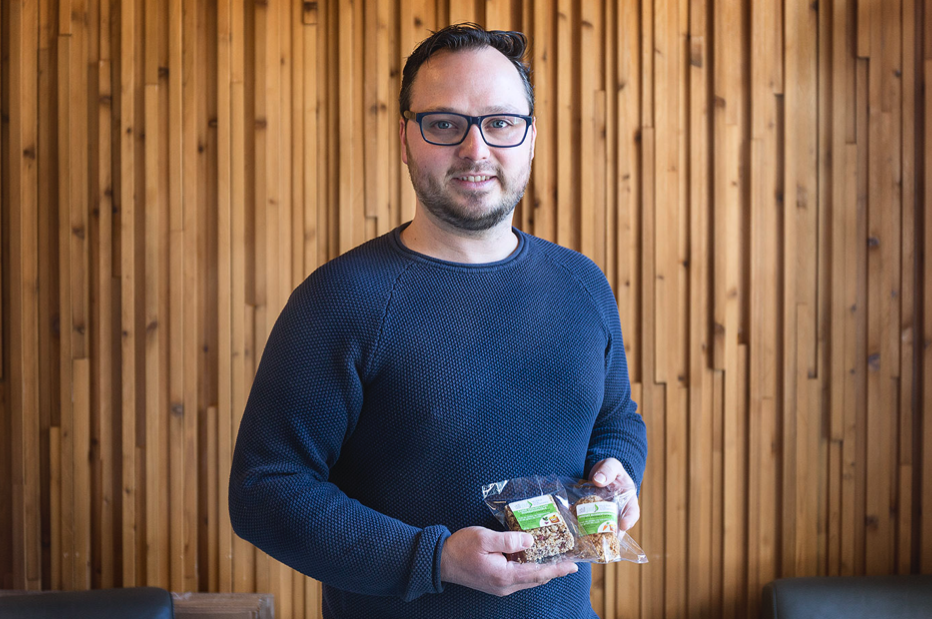 More food isn’t the answer to a growing population problem. Sustainably upcycling food is, and there’s one Montreal man who knows how to make that happen.

Jonathan Rodrigue is the former business development director of Moisson Montreal, the largest food bank in Canada. His job at Moisson was to take as much edible waste as he could find and distribute it to various food banks throughout the city.

Rodrigue developed a program at Moisson that collected edible waste from more than 200 of the province’s grocery stores to feed people in need. You could say that he has seen his fair share of food waste (two tonnes per store monthly). “I saw the scope of food waste at many levels,” says Rodrigue.

He is talking about not only the food wasted in grocery stores and other markets but also the massive amount of food wasted during production. It’s not uncommon for edible food to wind up in trash bins or on warehouse floors, mostly due to poor planning. Having this bird’s-eye view gave Rodrigue a different perspective. 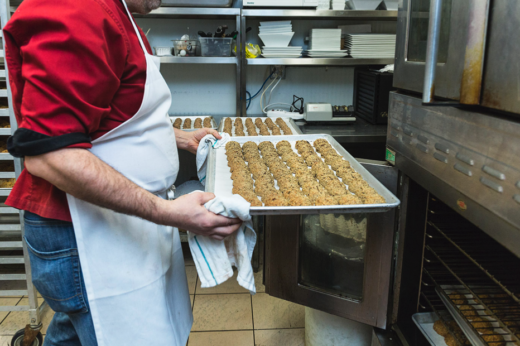 He saw many different types of products that were not being collected, distributed or upcycled. He and his team looked for basic ingredients that could be turned into other goods.

This led him to create Stillgood Inc., a company that upcycles juice pulp and spent grains by turning them into tasty bars, snacks, cookies and other treats. Rodrigue chose to focus on pulp and grains because he was looking for a way to upcycle items that were not yet being used.

“Non-profits usually choose products like bread and bakery goods that are already manufactured and ready to be eaten, but those aren’t basic ingredients,” he says. “They’re already produced.” Stillgood is still on the hunt for raw ingredients that may be the perfect addition to the company’s products to decide what’s needed to create a new product.

Rodrigue’s passion for upcycling is evident, and he puts great emphasis on the fact that Stillgood isn’t just a passing trend or fad. “For me, upcycling and reducing waste are a way of being,” he says. “I didn’t wake up one day and decide to cash in on a trend. My background is in food waste reduction.”

While Stillgood is gaining traction in Montreal, that’s not Rodrigue’s end goal. “For me, building a company that reduces food waste is a way to try to change the way that food manufacturing is done right now.”

Rodrigue wants other companies to see Stillgood as a sustainable model for food waste reduction. “We want people to look at what we’re doing and say ‘Hey, it’s actually possible to reduce food waste and here’s how,’” he says.

Stillgood products can be found in various stores in the Montreal area and through the city’s rooftop farming initiative, Lufa Farms. Rodrigue has plans to expand the company’s product line in the near future and is currently working on developing vegan snack options.

I would like to speak to this gentleman. Bravo!!

Great to see stories about sustainability like Stillgood…
14-20% of our “garbage” is food waste.
Keep up the stewardship of this planet!

Hooray, Jonathan! I applaud you on your passion, unique perspective and skill set, and vision. May you have great success in all that you pursue. I’ll be watching for your vegan snacks!

looking for companies to go into. Vegetables,fruits and foodstuffs export

This is great! Whenever I juice carrots, apples & pears I always make muffins with the discarded pulp from juicing.

Would love to have one of your recipes.
Dee

I would like to know more about this – could yall head me toward more information. I have some questions if I can find sources for answers……….Thank you – Nan Sawyer

Popular
Could Dissolvable Cranberry Film Replace Plastic Packaging Someday?Emily Baron Cadloff
Alaskan Salmon Face a Stream of New MinesBecki Robins
7 Smokable Plants You Can Grow That Aren’t MarijuanaBrian Barth
Why Don’t We Eat Turkey Eggs?Dan Nosowitz
Goat Sex: Everything You Wanted to Know But Were Afraid to AskAndrew Amelinckx
Explore Modern Farmer
Related
Lifestyle
The Quest to Turn Food Waste into Road SaltBrian Barth
Food & Drink
Food Waste, No More”Scientists Have Figured Out A New Use For Orange...Dan Nosowitz
Technology
4 Apps to Fight Food Waste with Your PhoneHannah Saulters
Plants
This Weekend, Clergy of Many Faiths are Drawing Attention to Food WasteAndrew Amelinckx
wpDiscuz
We use cookies on our website to give you the most relevant experience by remembering your preferences and repeat visits. By clicking “Accept”, you consent to the use of ALL the cookies.
Cookie settings ACCEPT
Privacy & Cookies Policy