Kona coffee has long been among the most expensive and prized coffees in the world. 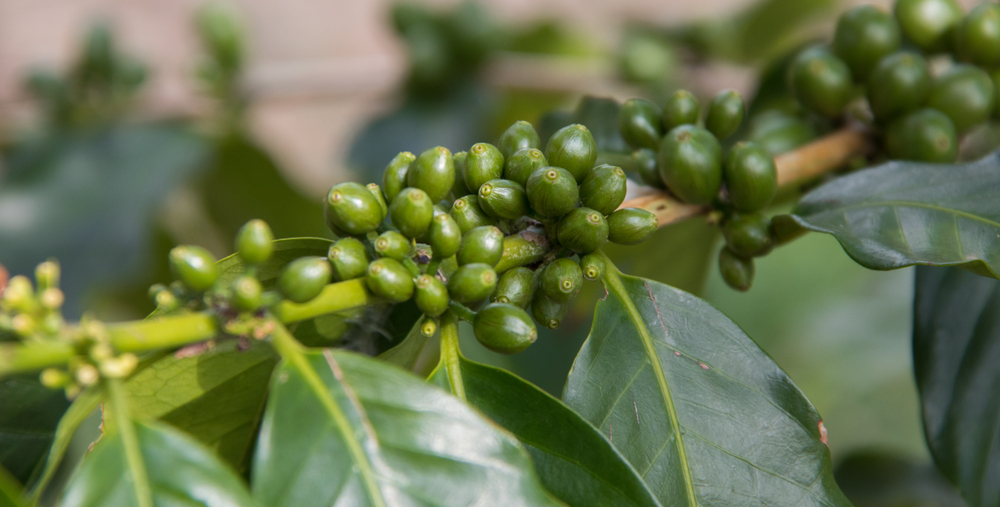 Grown only on the slopes of two volcanoes on the Big Island of Hawaii, kona remains one of the better-known geographical sources of coffee in the US, even as coffee from Central America and East Africa have become trendier. But kona is still extremely expensive—when it’s real.

Kona coffee isn’t a type of roast, like French or Italian; it specifically refers to coffee grown in these two locations. Because of the small land area it’s grown on, as well as the fact that kona growers are subject to more stringent American labor laws, kona coffee tends to cost more than twice as much as coffee grown elsewhere. Only 2.7 million pounds of kona coffee are produced each year. But the laws regarding who can call their product “kona” are not helpful.

Because kona is so expensive, producers often sell “kona blends,” meaning kona mixed with non-kona coffee, to reduce costs (or theoretically produce different flavors). Hawaiian state law says that any “kona blend” coffee sold in Hawaii must contain at least 10 percent kona, and must state the precise percentage of kona in the blend. There is no corresponding federal law, meaning that “kona blends” may contain hardly any kona at all. (There was also a case, settled in 2013, of a “kona blend” that contained zero kona coffee.)

Over the past few years, testing has evolved to allow the identification of individual coffee beans with a high degree of certainty. Last week, kona farmers filed a class action lawsuit, along with the results of testing showing, they say, that 19 “kona” products contained either only trace quantities of kona or none at all. This, they say, hurts both the kona name and their individual businesses.

According to the National Law Review, the plaintiffs will have to prove that the labeling is false, which is why the chemical testing is so vital. The lawsuit was filed in a federal court in Seattle.

it’s a travesty to the mom and pop operators to have this monipulation of big conglomerates.
Mid guided consumers are also due compensation for any mid advertisement and deceitful marketing.

Buyers should be smart enough to know that ” blends” of anything with a high dollar ingredient is nothing but a “come on” to buy. Yes, sue their asses good! It is human nature to want something expensive or rare for little price and that’s what the big conglomerates play on.

The coffee industry may need to require labels like the textile industry through FTC. Pima cotton must be a certain percent if mentioned on the label of clothes. Pima cotton developed here in sister state of Hawaii. Arizona

Popular
Alaskan Salmon Face a Stream of New MinesBecki Robins
7 Smokable Plants You Can Grow That Aren’t MarijuanaBrian Barth
Why Don’t We Eat Turkey Eggs?Dan Nosowitz
Goat Sex: Everything You Wanted to Know But Were Afraid to AskAndrew Amelinckx
How to (Actually) Get Rid of Fruit FliesEmily Baron Cadloff
Explore Modern Farmer
Related
Environment
Coalition of Fishermen Sue Fossil Fuel Companies for Contributing to Climate ChangeDan Nosowitz
Food & Drink
Dairy Farmer Sues FDA for the Right to Label His Skim Milk...Dan Nosowitz
Farmers and Ranchers Sue USDA for Tossing Farmer Fair Practices (GIPSA) RuleDan Nosowitz
Politics
Thousands of Farmers Sue Syngenta for NegligenceDan Nosowitz
wpDiscuz
We use cookies on our website to give you the most relevant experience by remembering your preferences and repeat visits. By clicking “Accept”, you consent to the use of ALL the cookies.
Cookie settings ACCEPT
Privacy & Cookies Policy