Ammonia emissions from cattle are a major environmental and health issue, one that doesn’t get talked about enough. 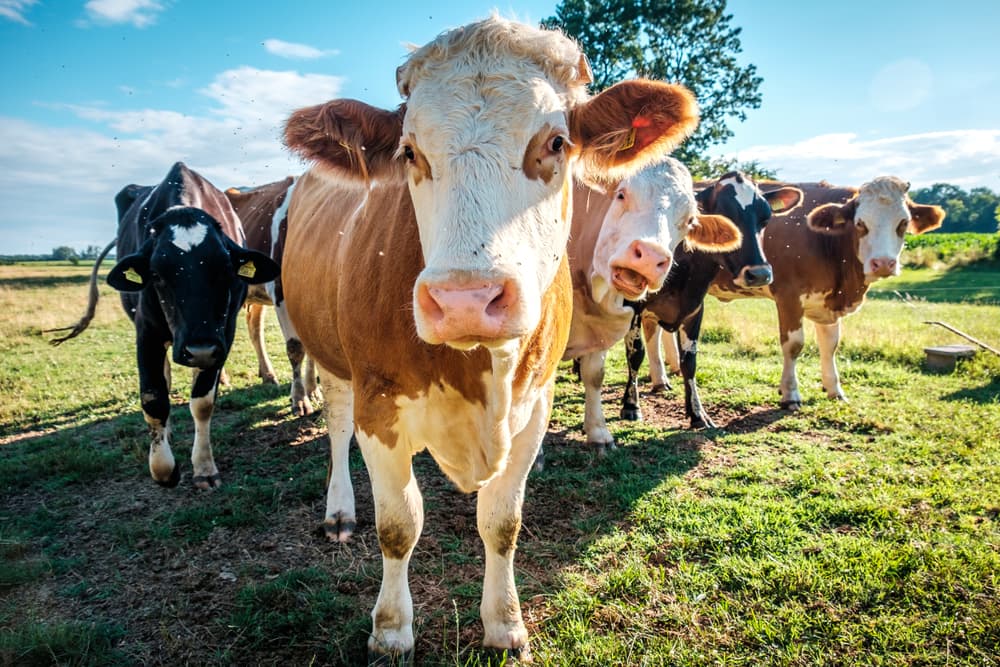 When we think of dangerous gases emitted by cattle, the logical first thought is of methane, let loose into the air by burps and farts to contribute to climate change. But cattle are complex creatures in their diversity of noxious fumes, and the FDA just approved the first drug to treat a lesser-known one.

Cattle produce ammonia—well, sort of. According to Penn State, it would be more accurate to say that cattle are very inefficient at breaking down nitrogen, which they take in as part of their diet. They pass that nitrogen out mostly in urine, where it’s reasonably harmless. But there are enzymes in cattle feces that, when they mix with cattle urine, form ammonia, and ammonia is not reasonably harmless. This is a problem at its worst in indoor facilities, especially larger farms and indoor dairy farms, where liquid and solid waste combine on floors.

Aside from the fact that ammonia smells really bad and can be an irritant for humans and animals around it, ammonia can also contribute to something called eutrophication. Eutrophication is the process by which, in this case, ammonia goes into water sources and promotes the mass growth of algae and other organisms, throwing off ecosystems and sometimes choking waterways. Excess of algae on the surface of ponds and lakes can end up killing marine animals.

The FDA this week sent its official approval of a drug called Experior, the first approved drug tasked with reducing gas produced by waste. According to studies conducted by both Elanco, the company that makes Experior, and others, Experior has no known health effects on cattle, with treated cattle showing about the same growth patterns and ailments as non-treated cattle.

There are, of course, other solutions to the ammonia problem. Experior reduces ammonia production by 14 to 18 percent, according to its FDA filing. Great! But other studies have been done in which farmers simply feed their cattle less nitrogen-containing protein—primarily soy—and those studies have shown that simply a better diet can reduce ammonia by up to 40 percent. Experior seems good! But feeding cattle appropriate diets—like grass—might also be good. Or better.

Popular
Is Agroforestry the Key to Hardier Row Crops?Shea Swenson
7 Smokable Plants You Can Grow That Aren’t MarijuanaBrian Barth
Why Don’t We Eat Turkey Eggs?Dan Nosowitz
Where Has All the Mustard Gone?Chloe Faure
Goat Sex: Everything You Wanted to Know But Were Afraid to AskAndrew Amelinckx
Explore Modern Farmer
Related
Food & Drink
‘Consumer Reports:’ The FDA Is Recommending Pregnant Women Eat Potentially Harmful Mercury-Laden...Dan Nosowitz
Animals
Big Chicken Goes Antibiotic-FreeAndrew Amelinckx
Food & Drink
Dairy Farmer Sues FDA for the Right to Label His Skim Milk...Dan Nosowitz
Food & Drink
Emails Show FDA Chemists Have Been Quietly Finding Glyphosate in FoodDan Nosowitz
wpDiscuz
We use cookies on our website to give you the most relevant experience by remembering your preferences and repeat visits. By clicking “Accept”, you consent to the use of ALL the cookies.
Cookie settings ACCEPT
Privacy & Cookies Policy