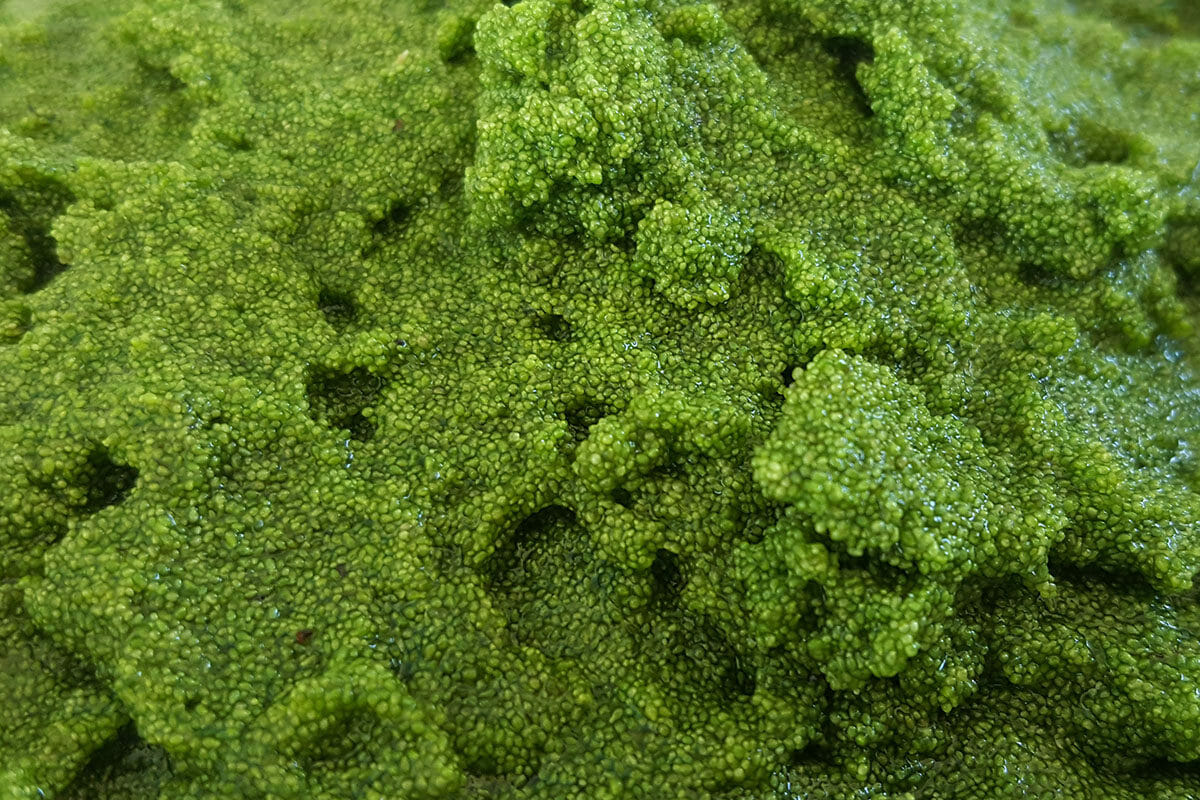 The idea of using microbial protein – feed made from various microbes, like yeasts and algae – as a replacement for grain has been floating around for a few years now. It hasn’t taken off, but a new study from the Potsdam Institute for Climate Impact Research suggesting that microbes could have a huge effect on the health of the planet might give the idea new steam.

Algae has proven a dynamic topic of scientific study lately; it can be grown in controlled environments and various properties siphoned off for other uses, whether that’s as biofuel, for antibiotics, or for use as food. This new study takes a look at microbial food grown specifically for its protein content in order to be used as a substitute for grain in parts of a cattle’s diet. Specifically, researchers wanted to understand how even a modest substitution of microbial protein would affect the environment.

(It’s worth nothing that feeding cattle microbial protein is also not a new idea; there are even companies that already have systems in development.)

Most cattle feed in the United States (and around the world) comes from soybeans. There’s nothing inherently damaging about the soybean plant, but any industrialized crop that’s grown as such scale is going to have its share of problems. (For a recent example, look at dicamba drift, or the giant dead zone in the Gulf of Mexico).

“In practice, breeding microbes like bacteria, yeast, fungi or algae could substitute protein-rich crops like soybeans and cereals. This method was originally developed during the cold war for space travel and uses energy, carbon and nitrogen fertilizers to grow protein-rich microbes in the lab,” explains Ilje Pikaar from the University of Queensland in Australia and one of the authors of the study.

The researchers in this study ran computer simulations to see what would happen if a mere two percent of livestock feed was replaced by microbial protein. The findings were exciting:
Eight percent decrease in global nitrogen losses (soy is very nitrogen-hungry).
Seven percent reduction in greenhouse gas emissions.
Six percent increase in available cropland, which could be used for other crops.

Previous studies have also shown that microbial food can also provide benefits to an animal’s gut health – like some yogurts do for humans – and maybe even reduce the need for as many antibiotics.

The researchers, however, are quick to point out that while this is big news, it’s not a golden ticket: “Our findings clearly highlight that the switch to microbial protein alone will not be enough for sustainably transforming our agriculture,” says co-author Alexander Popp from PIK, suggesting that microbial protein could eventual become an important part of the diet of humans.

Any changes we might see from this research won’t happen overnight; there are plenty of hurdles to overcome: soy is extremely cheap and entrenched in the livestock system, and any new food would have to be cleared by the FDA. But this study shows that even small changes could be beneficial to the entire planet.