A Michigan startup is harnessing it as a feed additive to address the pervasive problem of unnecessary antibiotics use on healthy animals in factory farms. 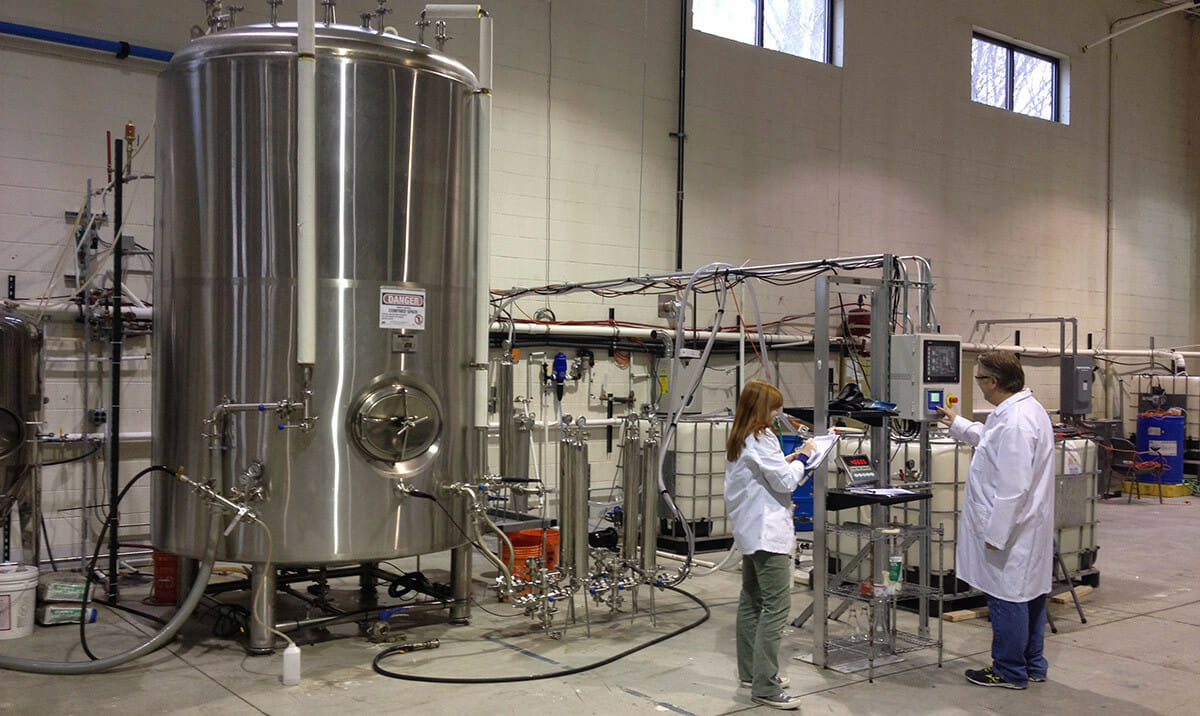 Now a Michigan startup is harnessing it as a feed additive to address the pervasive problem of unnecessary antibiotics use on healthy animals in factory farms – a problem that’s led to the rise of antibiotic-resistant bacteria (also known as superbugs) that are a threat to global public health.

Algal Scientific is extracting beta glucan – a chain of simple sugars – from algae for use as an immune system support and alternative to antibiotics. CEO Geoff Horst says that the substance works by supporting the immune system via stimulating the growth of white blood cells.

“Most [beta glucan] on the market now is extracted from yeast cell walls, and it’s very expensive as they end up paying for refined beta glucan,” he said.

Dubbed Algamune, Horst says that his product is more potent – as well as cheaper – than the versions derived from yeast, since it’s more bioavailable.

Algamune – which is now being produced on a commercial scale in the U.S. and used by shrimp growers in Ecuador and Vietnam, as well as by chicken producers that Horst declined to name – got approved for use in the U.S. last year, and a few months ago in the EU after clearing regulatory requirements. The decisions capped a three-year process of R&D and testing the product in chickens, pigs, fish and shrimp at Texas A&M University and commercial settings.

Just last week, the company announced it had received $7 million in a second round of venture capital funding, which Horst says will now allow Algal Scientific to start working on a beta glucan feed additive for cows, aquaculture and pet food.

The support is a timely shot in the arm at a time when the world is standing on what journalist Maryn McKenna recently described as “the threshold of the post-antibiotic era” during her TED talk in Vancouver a few weeks ago.

Currently, antibiotic resistance is responsible for the deaths of 700,000 people a year worldwide, and by 2050 could claim more lives than cancer at 10 million deaths annually, according to the British-funded Review on Antimicrobial Resistance.

At TED, McKenna told the story of her great uncle Joe McKenna, a New York City firefighter who died from a simple infection after getting hit by a fire hose – a few years before penicillin was discovered by Sir Alexander Fleming in 1928.

“Most people died back then the way my uncle died because they didn’t live long enough to develop heart disease,” she said. “They died most of the time from infection. All of that changed when antibiotics arrived.”

Every time we use an antibiotic, we give bacteria billions of chances to crack the codes of the defenses we’ve constructed, she said.

Eighty percent of antibiotics used in the U.S. – or nearly 30 million pounds – are mostly dispensed at factory farms as a way to prop up animals’ immune system. This contributes to the spread in antibiotic-resistant bacteria, which gets into the groundwater via the farms’ runoff. Overuse in humans is also part of the problem: According to the Centers for Disease Control, up to half of antibiotic prescriptions are unnecessary.

If the superbugs win, and nothing is done to address the problem now, we would return to that era when skin infections would cause fear, McKenna said.

“If we lost antibiotics, we’d lose cancer patients, AIDS, premature babies and transplant recipients as well as stents for stroke, pumps for diabetes and new hips and knees,” she said. “This is asymmetric warfare, but we can change the outcome.”

There has been government action. In late 2013, the FDA passed voluntary guidelines for farmers using antibiotics in animal feed, but critics have found them lacking to address the root of the problem.

In the EU, where the use of growth promoters in agricultural feed was banned in 2006, the approach has been more proactive. The Netherlands has fully embraced the ban and gone farther than all other countries, according to McKenna, who in a story for Modern Farmer reported that antibiotics sales have decreased by 56 percent between 2007 and 2012. Now they want to cut use by 70 percent.

To compensate for the lack of antibiotics, McKenna found that some Dutch farms are using other methods to shore up their animals’ immune systems.

“They changed their raising practices in a number of ways, depending on the species of meat animals,” she told Modern Farmer. “They heated barns a bit more, kept parents or the mother near her children, or changed what they fed them. The farmers say doing those things didn’t change the bottom line.”