How to Build a Three-Bin Compost System (And How to Use It, Too) - Modern Farmer
How-To

How to Build a Three-Bin Compost System (And How to Use It, Too)

Two people can build our version - which repurposes free wood pallets - in an afternoon. 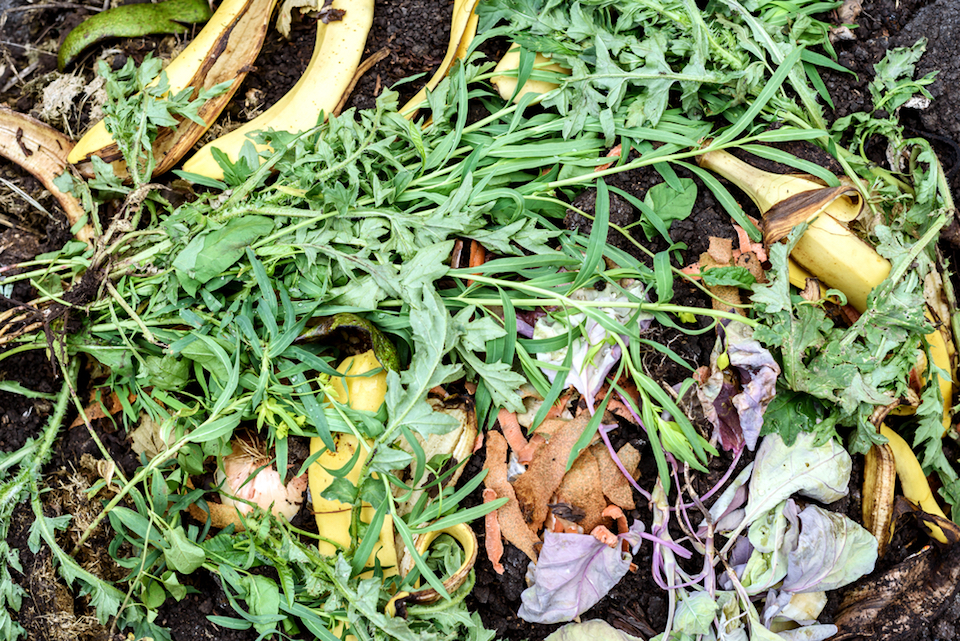 A three-bin compost system allows you to have different piles of compost in various stages of doneness: You start the pile on one end, move it to the second bin when the first is full and the compost is ready to turn, then repeat, turning compost into the third bin where it finishes. Two people can build a three-bin compost system from this plan – which repurposes free wood pallets – in an afternoon.

1. Level a 4”² by 14”² space with a rake and shovel, and stand up two pallets (with the thicker stringer pieces parallel to the ground) to create a 90-degree, L-shaped angle.

2. Nail the pallets together where the top and bottom stringers meet the slats, as detailed above.

1. To compost, toss a thick layer of carbonaceous material, such as brown leaves, straw, or wood chips, into the first bin.

2. Shovel nitrogen-rich material, including grass clippings, manure, and kitchen scraps (no meat or bones), on top of the browns and cover with another layer of carbonaceous material.

3. When it has begun to decompose, turn the material into the next bin. Use the now-empty first bin to start the cycle over, moving and turning compost until it finishes “cooking” in the third bin.

Interested in learning more about composting? Check out these articles: 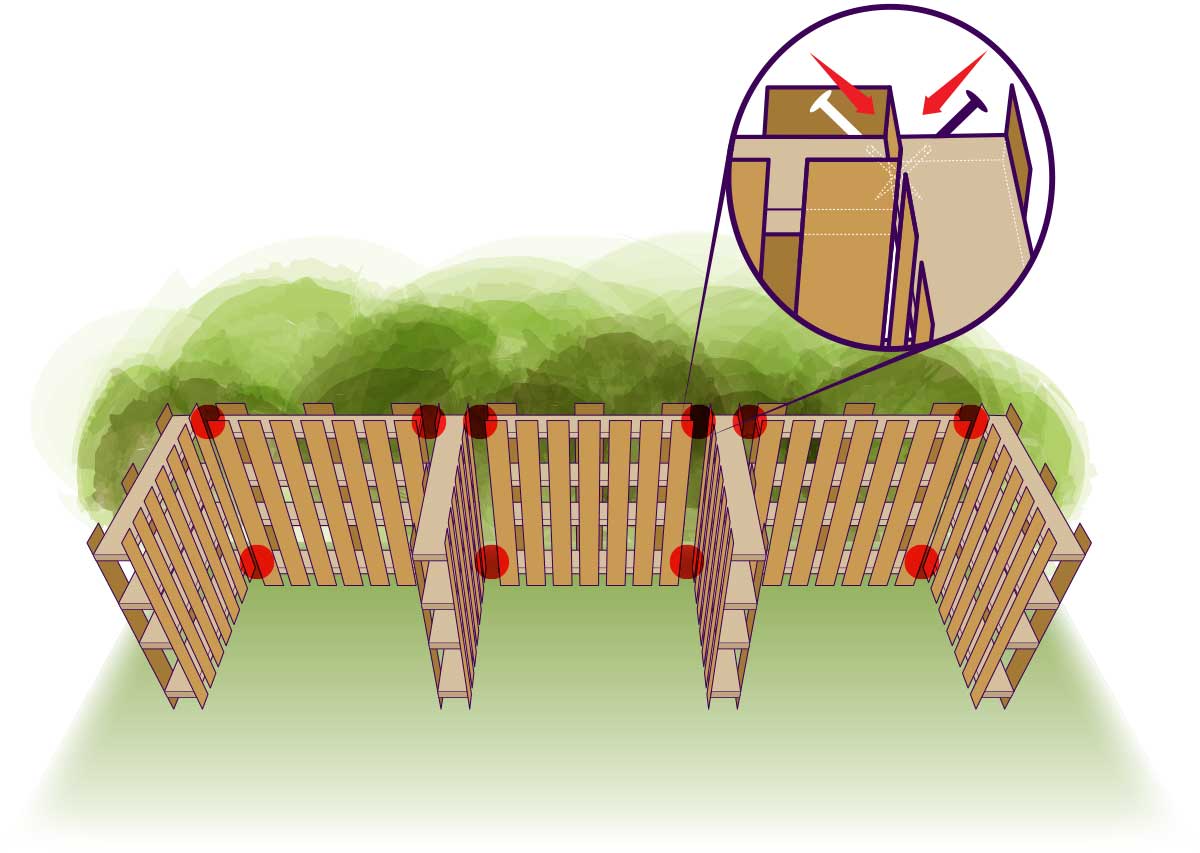 Join the side pallets to the back pallets by driving in two nails at 45-degree angles from the rear of the bin at both top and bottom corners. Illustration by McKibillo.