Smithfield vows to appeal, but the first verdict favors the plaintiffs. 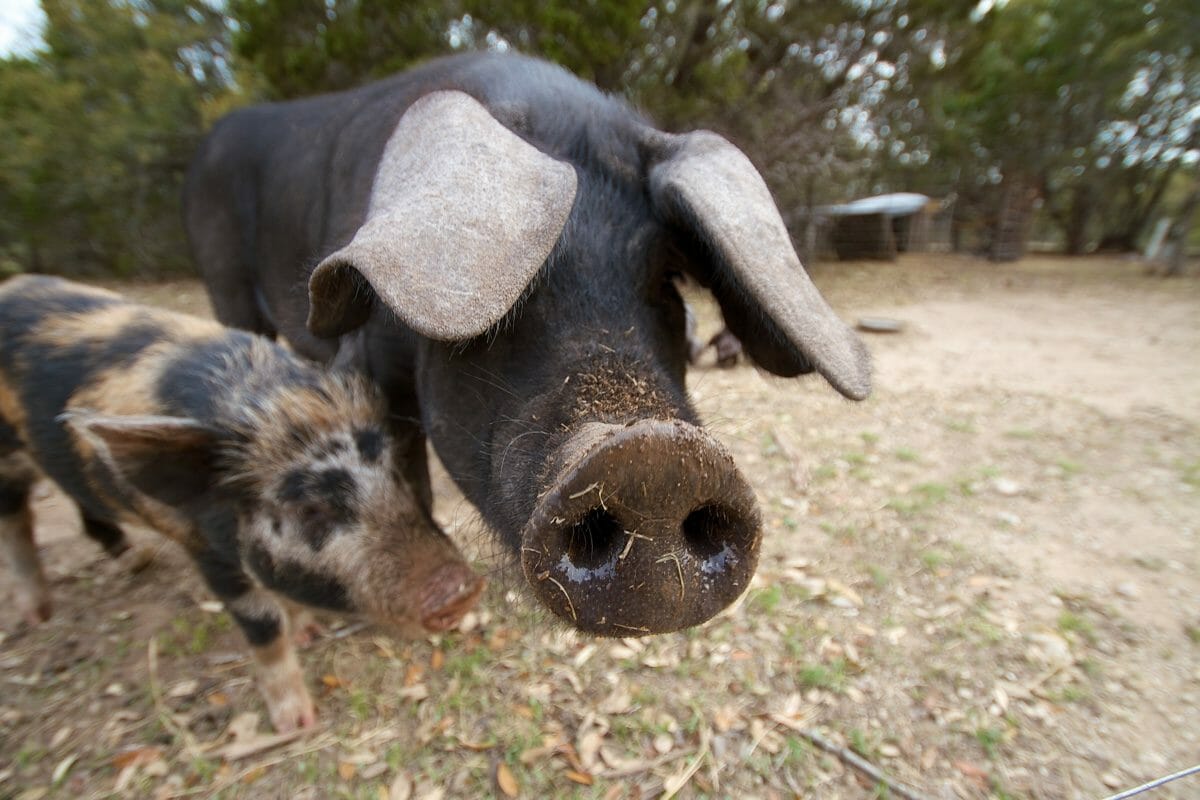 The case involved ten plaintiffs in North Carolina who are unlucky enough to live near a major industrial hog operation. That operation, Kinlaw Farms, is not the target of the lawsuit; Kinlaw is ultimately beholden to Smithfield Foods, theh company for which they raise hogs. The plaintiffs alleged that the use of anaerobic lagoons – literally huge pits of hog feces – has negatively affected their quality of life thanks to putrid odors, buzzards, and swarms of insects. (For more info on the case, check out our earlier coverage.)

A federal jury, after a two-day deliberation, awarded over $50 million to the plaintiffs: $75,000 each in compensatory damages and $5 million each in punitive damages. Interestingly, and disturbingly, even if the case survives on appeal, the plaintiffs may not be able to secure the latter money.

In the past four years, since the suit was filed, lawmakers with financial ties to the lucrative hog industry have attempted to put a hard cap on the amount of money a plaintiff can receive in this kind of lawsuit. Despite a veto from the North Carolina’s governor, that hard cap passed, which limits the amount of damages to three times the compensatory damages, which would be only $225,000, far less than the amount the jury ruled the plaintiffs are entitled to.

Smithfield released a statement calling the verdict “an outrageous attack on animal agriculture, rural North Carolina and thousands of independent family farmers who own and operate contract farms.” (The Office of the Inspector General recently declared that contract farmers are so thoroughly controlled by their corporate clients that they can’t be considered independent. And Kinlaw Farms, the “independent” family farm in this case, wasn’t even a defendant.)

In the statement, Smithfield vowed to appeal the decision.