The home and garden all-star may have yet another use. 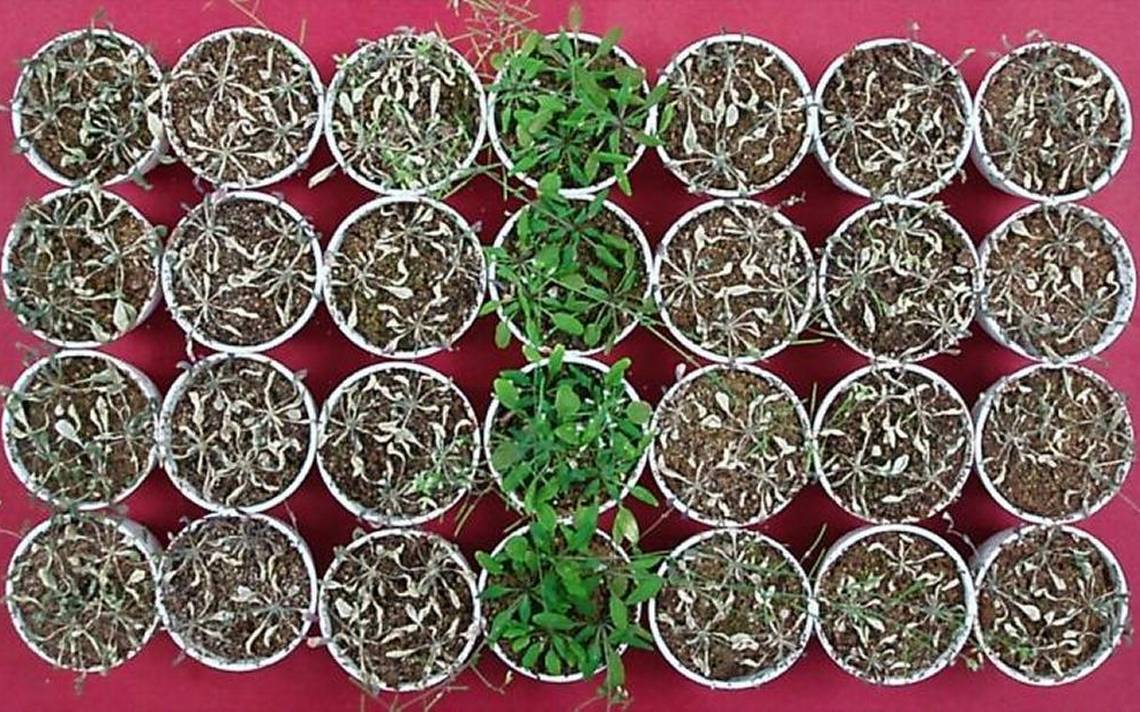 Normally, plants like to break down sugars, but in times of drought, they switch to acetate.

But a team of researchers from RIKEN, a research institute in Japan, have just published a study that indicates vinegar could add another serve another purpose: drought-fighter. Vinegar, the study finds, might actually help plants survive in drought-like conditions.

The study began when the RIKEN scientists found a mutated strain of Arabidopsis – every scientist’s favorite plant – that was weirdly resistant to drought, and decided to investigate why. This plant, closely related to kale (and broccoli, Brussels sprouts, cauliflower, and cabbage – no wonder researchers love it), is not grown as a crop, but it was the first plant to have its genome sequenced and is extremely easy to experiment with because it shows changes very easily.

Research showed that the mutation of one particular enzyme was linked to the plant’s production of acetate, the main ingredient of which is acetic acid (read: vinegar). This led them to a discovery: plants have a switch that decides how they produce energy. Normally, plants like to break down sugars, but in times of drought, they switch to acetate. And plants that produce more acetate are able to deal with drought more easily.

That leads to another question: what if we boost the amount of acetate available to plants in said times of drought? The researchers set up an experiment, growing plants in simulated drought conditions and treating them with either vinegar or water. The plants treated with only water died, as would be expected of plants in a drought, but the majority of those treated with vinegar survived. The same experiment was run on non-mutated plants, too, and the results were the same – the vinegar treatment works on any plant.

This could be a hugely important discovery. To battle droughts, some scientists have experimented with naturally drought-resistant plants like pomegranate, while others are genetically modifying existing crops to stand up in times of less water. But vinegar could be extremely inexpensive and also allow farmers to retain their own crops, rather than tearing out their land and planting something new. The study will have to be attempted with other plants, and measured in larger-scale studies, before we start leaning on it as a potential life-saver, but it’s extremely promising.