The company's resident agroecologist speaks on the inner workings of the Blue Apron-farmer relationship. 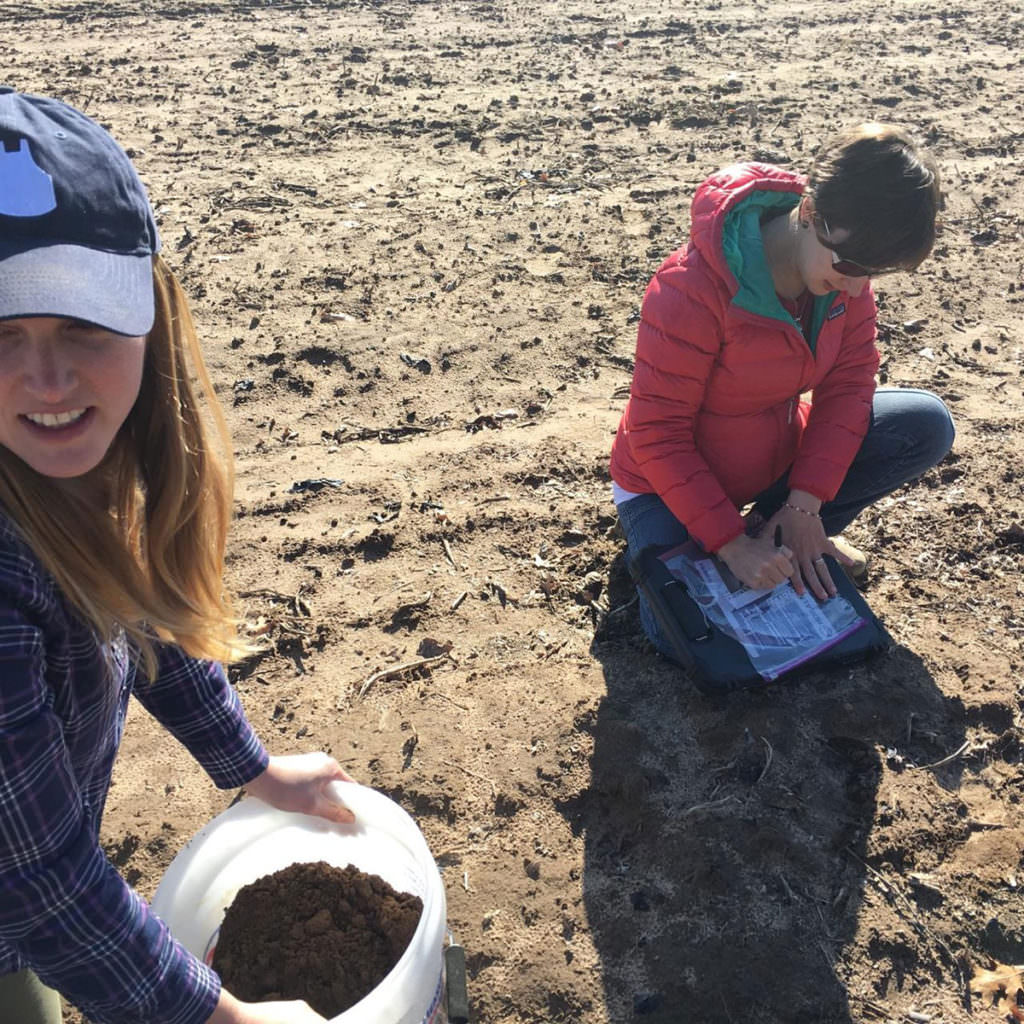 Enter Alison Grantham, a PhD agroecologist and former director of research at the Rodale Institute (that most revered of organic farming institutions), who is now Blue Apron’s farm sourcing operations manager. Since joining the company last fall, Grantham has spearheaded a team of soil scientists and agronomists who work with the company’s farmer-suppliers to figure out which crops their soils are best suited to and how to troubleshoot pest problems. Farm-specific crop rotations are devised in accordance with agroecology principles. For example, plantings of pea shoots, a nitrogen-fixing crop, might be strategically cycled through the fields to help maintain fertility levels without added inputs.

But Grantham is also a key figure in realizing Wadiak’s dream of sourcing artisanal ingredients on a mass scale. Her team works hand-in-hand with Blue Apron’s meal planning department to coordinate the harvest times of dozens of small growers in an effort to aggregate their products in sufficient quantities to fill eight million orders of, say, Seared Cod and Udon Noodles with Shiitake Broth and Togarashi-Spiced Cucumber (a recent menu item), with ‘Salt and Pepper’ cucumbers, an obscure white-skinned gherkin developed specifically for organic growers.

Thanks to Grantham, Blue Apron’s produce supply chain is now tracked on a massive spreadsheet that projects availability up to three years out for meal planning – and thus, crop planning – purposes. Data collected ranges from “crop heat units” for each farm to soil fertility levels, which all feed into an algorithm designed to accurately predict ripening times and yield.

As a follow-up to our story Meal Kit Mania, Unpacked in the winter issue, we wanted to share our conversation with Grantham for her insight into the inner workings of the Blue Apron-farmer relationship.

Modern Farmer: How is the effort to source produce from small, sustainable producers going?

Alison Grantham: We’re getting there. We launched this new crop planning process [in 2016]. Our primary motivation was the supply of these unique ingredients at the scale at which we are now operating. Previously our chefs would have an idea of what they wanted to do and our purchasers would have to go out and find it. But by the summer of 2015 it was obvious that we need to take a more proactive approach and plan with farmers in advance.

MF: What was the first step?

AG: We had a meeting in December 2015 where we had our dream list of specialty ingredients that our chefs wanted to use. The goal is to source our produce regionally in the three areas where we have distribution centers – California, Texas and New Jersey – so we’ve been developing networks of farmers in each of those areas. The first step was to figure out what we could source when from where.

MF: So it was a matter of connecting the dots between which farmers could provide certain ingredients at certain times of year, and then planning the menus around that?

AG: Yes. We had our list of crops and our farmers and our climate analyses, and decided to take a pilot approach at the beginning of the year, working with a core group of farmers to try it out. There were about 30 farmers in the group, about 8 or 10 in each region. I have a long, in-depth interview with each of them. For example, I spent probably an hour and a half on the phone with The Homegrown Farm [in Texas] to come up with what crops made sense for them.

MF: What did you talk about?

AG: We talked about everything from how long they’ve been growing to what sort of equipment they have and what their marketing constraints are, their crop rotations and their pest problems…the whole nine. We wanted to understand what their farming system was and how we could work together. I shared the list of crops that we were interested in and we decided on an acreage or a volume that they would be comfortable with, depending on whether they were more space-constrained or labor-constrained.

I also mapped each of these farms using publicly available resources such as that NRCS [Natural Resources Conservation Service] soil survey. With their soil classification I could get a sense of whether to expect average yields from these folks, low yields, or higher yields, and we could talk through where their problem areas were.

MF: In what ways has your agroecology training come into play?

A: Crop rotation was part of the decision-making process of which crops they were going to grow for us this year. What was going to fit into their rotation? We asked them what do you commonly grow and what do you wish you could grow more of? A lot of folks are totally loaded on solanaceous [tomato family] crops and cucurbits [cucumber and squash family], but would love to grow more lettuces or root crops.

MF: What are some of the more interesting varieties folks are growing for you?

AG: We’re doing a whole bunch of fun brassicas this year, which is a group that some farmers are relieved to have a little bit more of in their rotation. We’ve used scarlet turnips twice on our menu this year. There are three varieties that are being grown depending on the location, because they vary a bit in heat tolerance and ripening times. One grower is using ‘Scarlet Ohno Revival’; another grower is using the ‘Scarlet Queen’ variety. We are doing several varieties of white salad turnips, like ‘Hakurai’ and ‘Tokyo Market’. We have ‘Watermelon’ radishes, and we’re also doing two varieties of purple daikon – a grower in California is using a variety that works well there, and a grower in the Northeast is using a variety that’s better over there.

The root crops are like candy for our small growers, because it’s possible to do a high volume on small acreage. So we can work with growers that might otherwise be too small of a scale to work with the volumes that we are doing. Root crops are a gateway for them.

MF: Your meals are not planned regionally, right? So if a particular kind of turnip is on the menu, you have to come up with enough for all of your customers across the country?

AG: This is true, we don’t have regional menus. In some cases we may have to source from growers in one region and then ship the produce to the other two regions. That is something that has been a challenge. Last spring we had to do that from Texas with cucumbers from The Homegrown Farm. Before cucumbers had come into season on the East Coast, they were shipping cucumbers from Texas to our New Jersey facility.

MF: How does the produce get from point A to point B? Is that the responsibility of the grower, or do you hire a truck?

AG: We are picking up on the shipping end. We have a new logistics specialist who is handling logistics for the growers. We are trying to shorten the length of the food system, so part of that is filling in the pieces that have been handled by distributors in the past. The farmers we are working with are not integrated grower-shippers.

MF: How many farms are in your network now?

AG: There are over 150 farms in our network and we’ve done individualized, specialty crop planning with 56 of those farms. Several of those farms are co-ops, so there actually 197 unique crop locations. One of those co-ops has 23 farmer-members, for example, and I have been to 17 of those farms to do soil sampling and provide guidance.

MF: What is the typical farm size of your producers?

AG: Most of our farms fall in the 20 to 100 acre range. We have some in the few hundred acre range, up to over a thousand acres. I would say 1500 acres is the upper limit. And we just added Big Little Farm in the Northeast, who is doing baby ginger for us this fall. They are less than 10 acres. They are our smallest farm.

Editor’s note: This interview has been edited for clarity and continuity.