This Cornell brew guru is working to elevate the science of cider to that of fine wine. 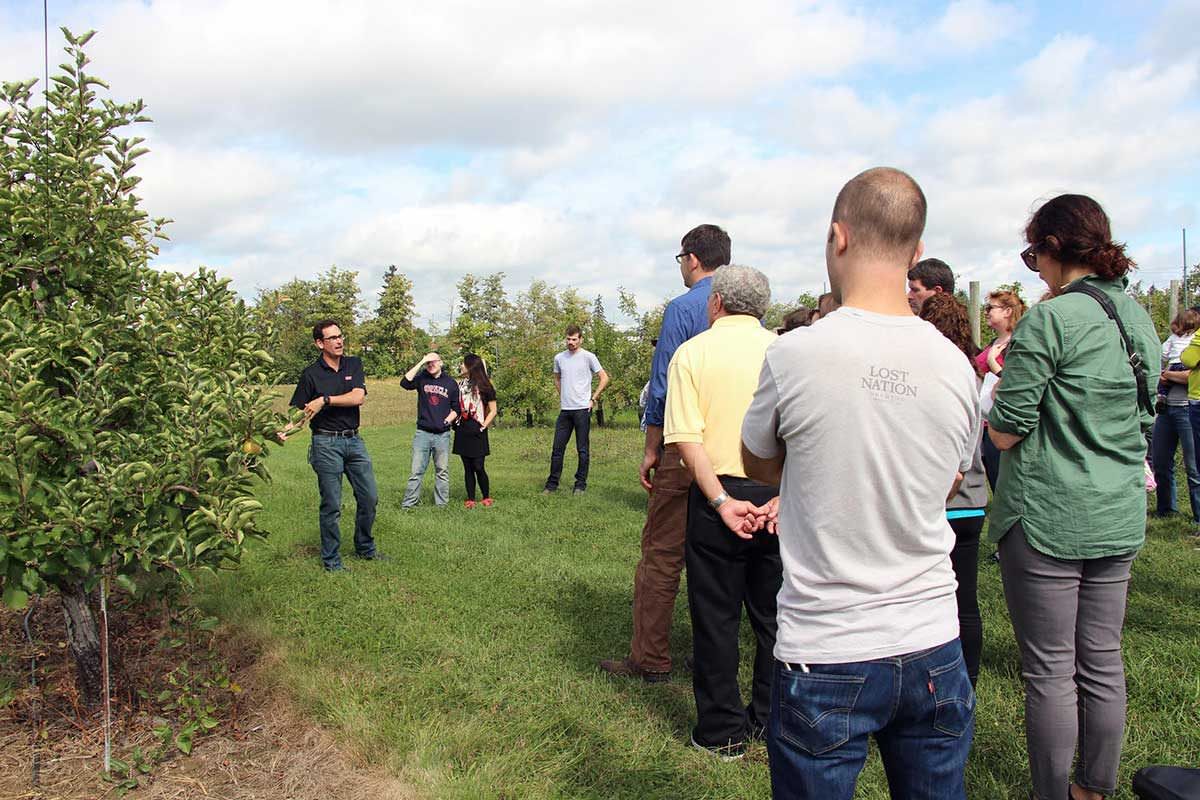 Their professor, Dr. Gregory Peck, is arguably the nation’s preeminent hard cider scientist. And Cornell, in the heart of upstate New York’s apple growing region, is arguably the epicenter of the nation’s hard cider explosion. Since 2011, the hard cider industry in the United States has grown nearly 900 percent. And New York, with 75 cider producers and counting, ferments more apples into alcohol than any other state.

“We know, for example, how many grape clusters per vine there should there be for certain high quality wines. But we haven’t really looked at these issues from a cider making perspective.” – Dr. Peck

“This class will be the first time that hard cider has been taught to undergraduates anywhere in the country, as far as we know,” says Peck, with obvious pride.

Peck is a pomologist – one who studies apples – and he’s on a mission to turn America’s fledgling hard cider scene into a sophisticated industry, Á  la the viticulturists of California. This means thinking of hard cider production as more than just a process for turning apple juice into alcohol. Winemakers are obsessed with every detail from the planting of the vine until the first sip. The interaction of soil, climate, varietal, timing of the harvest and myriad other factors are all part of the vintner’s magic. Peck doesn’t see why it shouldn’t be the same with cidermaking – there’s more to cider, he says, than something that “tastes like apple juice with some alcohol and carbonation in it.” 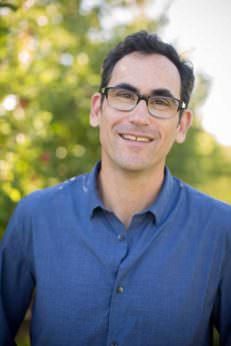 Problem number one is that American orchardists grow almost exclusively apple varieties intended for juicing, baking or eating fresh, which are a very different beast than the apple varieties historically grown for hard cider, most of which originate in Europe. There’s a good reason for that: cider apples taste awful before they are made into cider. “Spitters,” Peck calls them. They’ll make your mouth pucker like you ate a spoonful of earth. Fujis and Galas and Winesaps and all the other apples you’ll find it a grocery store or farmers market are considered dessert apples – they might be sweet, they might be tart, but they definitely aren’t bitter or astringent.

But that funky flavor – a result of naturally-occurring polyphenols, also referred to as tannins – is exactly what makes an ideal cider apple, says Peck, as he lists off some of the varieties he is experimenting with at Cornell, most of which haven’t been household names for a couple hundred years or so: Binet Rouge, Brown Snout, Ellis Bitter, Porter’s Perfection. “Any apple can be fermented and turned into an alcoholic beverage,” – naturally-occurring yeasts feed on the sugar in the fruit and produce ethanol and carbon dioxide as a by-product – “but the bulk of cider being made in United States right now is being made from dessert apples, or from apple juice concentrate. Those tend to have very low tannin levels.”

Peck has evaluated the chemistry of dozens of American-grown dessert apples and traditional European cider apples, and he’s found that on average the former has 20 percent less tannin content than the latter. It’s akin to making wine out of table grapes, he says: table grapes are sweet and low in tannins, while the European wine grape – which is literally a different species – isn’t very pleasant to bite into.

“When you get that puckering sensation in your mouth, it’s the polyphenols binding to proteins in your saliva giving you that dry sort of sensation,” Peck says. It’s what vintners call ‘mouth feel’. “Those compounds are really important for the flavor profile of a beverage, giving you a more robust, complex experience when you drink it. It’s why we age white wine in oak barrels – we’re extracting those oak tannins into the wine to increase the tannin levels.”

Peck and his colleagues at Cornell are starting to flesh out the art and science of how to get more of that “mouth feel” into hard cider. Having the right varieties is one thing, but it takes several years for a newly planted apple tree to begin producing, and there are many other variables to consider. One item on the hard cider research agenda is a study on how common apple fungicides affect the naturally occurring yeasts needed for successful fermentation. Another is to determine how temperature and light affect polyphenol development, as these factors can be controlled through pruning practices and orchard design.

“We are looking at which practices will most benefit the quality of the apple in terms of the polyphenol content and the availability of the particular nutrients that yeasts need for fermentation,” says Peck. “Those are the kind of questions that have been looked at a lot in wine grape production – we know, for example, how many grape clusters per vine there should there be for certain high quality wines. But we haven’t really looked at these issues from a cider making perspective.”

The Cornell team has also begun interbreeding commercially successful dessert apple varieties with older cider varieties in hopes of creating new cider-worthy hybrids with the disease resistance and production levels required by commercial growers. And a new research orchard will soon be planted to determine which are best suited to local conditions and the cultivation practices of modern, high density orchards.

“Traditional European systems are based on large, widely spaced trees,” says Peck. “But our commercial apple growers today want 1000 trees to the acre; they want a tree that is 10 to 12 feet tall so it is easier to spray, prune, and harvest, keeping their labor costs down and their efficiency up. So we’re trying to figure out how to grow some these unusual varieties in a high density system.”

From an orchard management perspective, one of the most revelatory findings to date is that having more, smaller apples on the tree, as opposed to fewer, larger apples, has a dramatic impact on polyphenol content. Orchardists typically thin out up to half of the apples on a tree while the fruit is still small, in order to produce larger supermarket-quality fruit, but it turns out that that’s counterproductive when it comes to a cider crop. Peck’s research shows that minimal thinning results in 37 percent greater polyphenol content compared to typical thinning practices.

Will the current cider craze soon lead to a cider bubble? Peck doesn’t see that coming anytime soon. At a recent national cider conference, he says 20 percent of the people in attendance were planning to open a cidery within the next few years, according to a survey of the participants. So it sounds like the exponential growth curve of the industry is likely to continue for the foreseeable future.

And if Peck has his way, hard cider in America won’t mushroom into a bland, volume-oriented industry, but will continue as a renaissance of artisanal producers. He says so far there are only a few hundred acres of true cider apple varieties planted in the Northeast, so it’s very much a grower’s market.

“From our surveys we found that all producers, from the smallest to the largest, would love to be able use more bitter apples, but they are just not available,” says Peck. “There is a huge supply and demand imbalance right now, so prices are 2 to 3 times higher for cider apples than culinary apples.” So to all the farmers out there looking for a new niche, says Peck, consider planting a few acres of a good spitter.

Related
Dairy, Food & Drink
Yes, the Government Really Does Stash Billions of Pounds of Cheese in...Emily Baron Cadloff
Cookbooks, Food & Drink
10 New Cookbooks We’ve Been Cooking From This SpringShelby Vittek
MTMF
How Saving Seeds Is Helping This Modern Farmer Reconnect With Her RootsBevin Cohen
Food & Drink, Technology
How High-Pressure Processing Is Helping Remote Farmers Bring Fresher Foods to MarketNaoki Nitta
wpDiscuz
We use cookies on our website to give you the most relevant experience by remembering your preferences and repeat visits. By clicking “Accept”, you consent to the use of ALL the cookies.
Cookie settings ACCEPT
Privacy & Cookies Policy