Everything You Want To Know About Turkey Sex - Modern Farmer
Animals

Everything You Want To Know About Turkey Sex

A pressing question, we're sure. 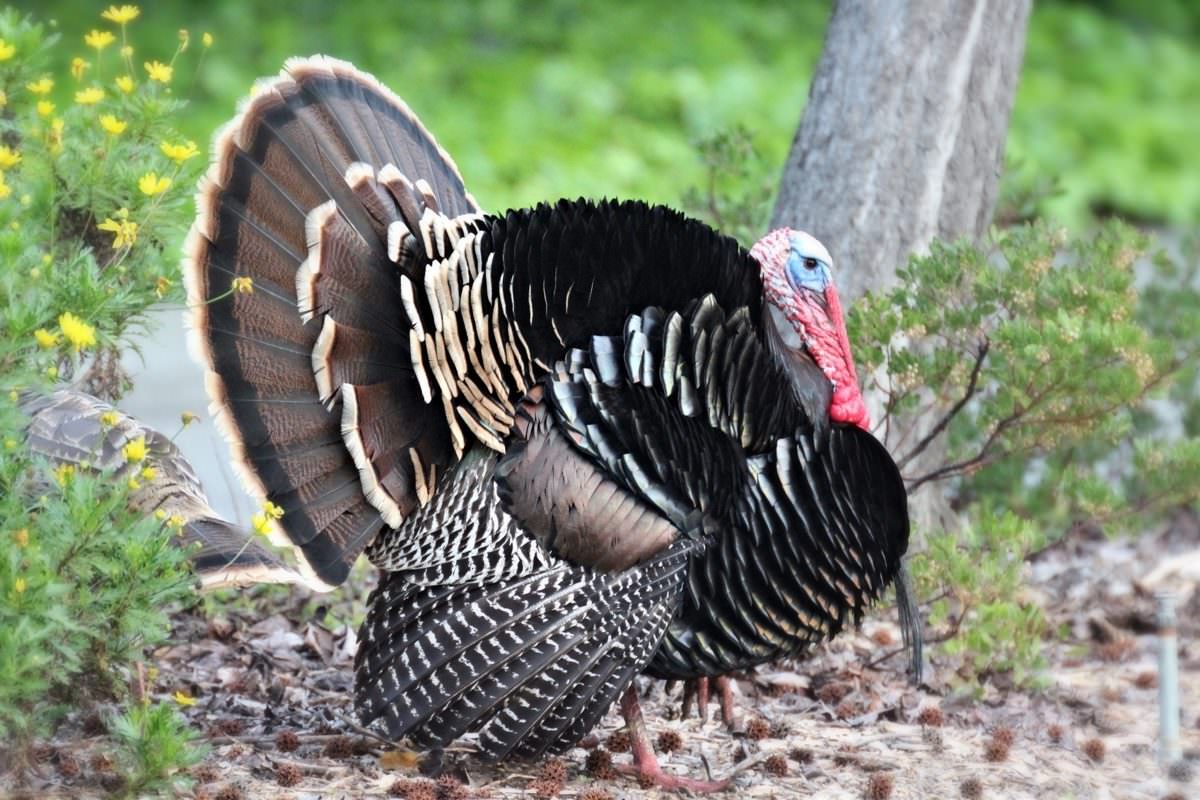 Warning: We do not recommend any of our readers Google “turkey sex” unless they are particularly interested in pornography from the nation of Turkey. But a deeper dive into the mating rituals and breeding characteristics of the turkey (animal) reveals some weird, interesting things. The turkey isn’t just a big and strange-looking chicken: it is a singular entity of its own.

First of all, we have to make a distinction between the domesticated turkey and the wild turkey: though the two are technically the same species (Meleagris gallopavo), they differ quite a bit in size, behavior, and in the way they mate. The wild turkey is easiest to explain.

Male wild turkeys (knows as “toms”) hit sexual maturity around seven months old; females (hens), between one and two years. Very young turkeys are known as chicks or poults, and juveniles are, adorably, either jakes (males) or jennies (females). Hunters most often refer to male turkeys as “gobblers,” which has not at this point ceased to look weird to me.

Breeding season for wild turkeys typically occurs in the late spring and early summer, from around mid-March until June. At this point, the males begin focusing on basically nothing besides sex. Their entire days are spent displaying, which for a turkey means standing upright with tail feathers fanned out, wings dragging on the ground, their fleshy wattles (on the neck and throat) and snood (above the beak) swollen and bright red – or, as we called them in another article, “facial boners” – and emitting very loud gobble-gobble noises.

Domesticated turkeys have been bred to increase their breast size to a ludicrous state making mating unwise: they’d crush the hen.

(Fun side note story: Our photographer Aliza Eliazarov had a tricky time trying to shoot shoot heritage turkeys for our Winter 2016 cover story because it was during their mating season. “Farmers kept telling us that the turkeys couldn’t be photographed – they were in rough shape because they were mating and feathers were broken,” she shared on our Instagram page.)

Turkeys are flock animals, which brings along a lot of behavioral dynamics; the early part of the breeding season is really mostly for the males to strut at each other, occasionally fighting, to establish the dominant male in any given flock. At this point, the flock starts to sort of disband, as they spread out into smaller groups and the females begin nesting. (Turkey nests are indentations in soft dirt.)

The actual act itself is fairly brief. A male turkey will strut around – the dominant male has first pick – and if a female is interested, the couple will do a little dance in which they circle each other. It’s weirdly sort of dignified.

Eventually the male will literally stand on top of the female before beginning coitus, which lasts less than a minute, though sometimes the couple will mate multiple times.

Turkeys are polygamous, and one tom can fertilize as many as 10 hens. This comes in handy when we talk about domesticated turkeys.

In domesticated situations, most breeders will instead use artificial insemination, the practice of which which was perfected and distributed by the USDA in 1939. This is a very efficient means of breeding turkeys; breeders can spread out a tom’s semen over many birds, without the risk of a mutant giant turkey crushing their hens.

Here is another video of turkeys mating.

No mention of the loud “BOOMPH” sound, followed by a sound like a distant car trying to start that the Tom’s make, after puffing up as big as they get.. Took me quite some time to figure out where those sounds were coming from!

That explains why a male turkey was standing on top a female in the middle of the road and the whole flock refused to move.

This is happening in my yard daily. I haven’t seen any hens lately. They must be hiding from the toms. They circle my house about 3 times every morning with their feathers spread. Quite a spectacle.

Love this article you wrote, and i agree that its not wise to let some domestic breed of turkeys to mate but the Narragansett i have breed just fine without crushing the hens so I guess its to each their own opinion when it comes to that.

I have a 10months famele turkey and 9months male turkey, but yet to mate, what can I do