How Will The Monsanto-Bayer Merger Affect Everyday Farmers?

"Devastating," says a farmer in Kansas. 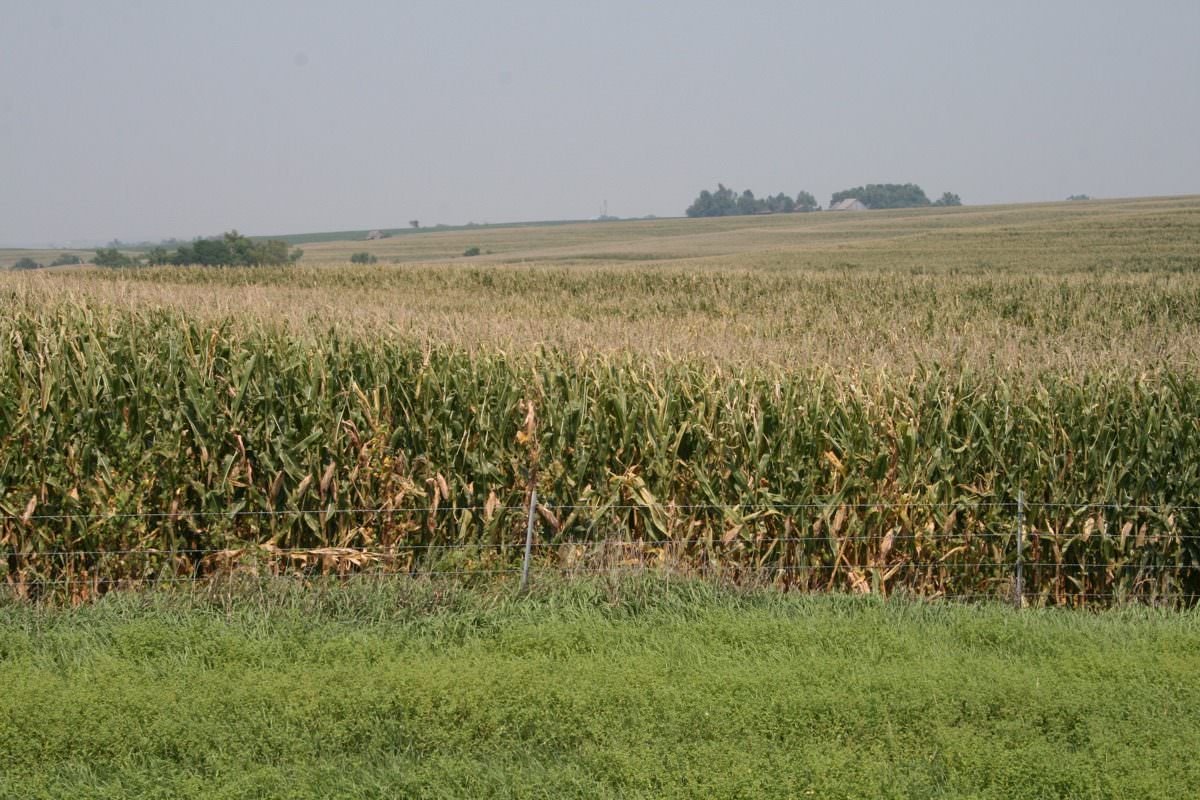 The first thing to understand about the Monsanto-Bayer merger is that you really have to look beyond this particular merger. Though consolidation isn’t exactly new, things have been accelerating like crazy in the past two decades, and even more so in the past few years. Dow and DuPont (chemicals), Agrium and Potash (fertilizers), China National Chemical Corp and Syngenta (chemicals), and now Monsanto and Bayer (seeds and chemicals): These are the big boys in the agribusiness field, and they’re slowly shrinking and consolidating. “Across food and agriculture, the amount of pending mergers and mergers that got green-lighted last year and this year is phenomenal, it’s in the hundreds,” says Alicia Harvie, the advocacy and issues director of Farm Aid.

Harvie is tremendously concerned about each individual merger, but finds that the overall trend is much more concerning – and there’s plenty of data to back that up. “Whatever sector you’re looking at, be it livestock or crops, there’s consolidation going on, and that’s had some pretty dramatic consequences for input costs and costs of production for the availability of who they can market their goods to,” she says. According to Harvie, there’s been a 52 percent spike in seed costs for corn from 2012 to 2015, and if you go back further, prices in both soy and corn have increased more than 300 percent since 1995 – the year patented genetically modified cotton seeds first hit the market.

“I think for the average farmer, they’re having trouble understanding how further concentration in a sector that’s already precipitously increased in concentration over the past two decades, how that’s going to benefit them,” says Harvie. For many farmers, already pressed tight by low prices and absurdly high costs for everything from equipment to fertilizer, that holds true. “Consolidation all through agriculture in rural communities is really, really devastating,” says Tom Giessel, who farms winter wheat, corn, and sorghum on 5,000 acres in Larned, Kansas – all by himself.

Giessel is an interesting guy; he serves as honorary historian for the National Farmers Union and is passionate about agricultural education. But even for someone whose mindset is progressive and researched, he’s just as locked into the system as anyone. “We worked ourselves into a farm structure that doesn’t work for me,” he says, speaking about decisions made in past decades by himself and his brother (his brother left the farm a few years ago). “And how do I get out of it? I have three-quarter of a million [dollars] worth of equipment or more, and the market on that has gone clear to pot.” Giessel is trapped: independent seed producers have gone out of business, he can’t buy any equipment besides those made by the two giant machinery companies, and so he, like many farmers, is essentially forced to buy Monsanto seeds, John Deere tractors, Syngenta fertilizer, and more. He has one choice per category.

“Consolidation all through agriculture in rural communities is really, really devastating.”

Speaking about the Monsanto-Bayer merger, Giessel says, “It’ll have a large impact. I have no choice when I purchase inputs, be it seeds, chemicals, whatever. There is no choice. They own me.”

Giessel is also concerned about the impact on agriculture knowledge in the future. “It got so easy to buy technology instead of utilizing your talents, your gifts, your knowledge, your own intelligence,” he says. “I think it really made farmers sloppy. You could be a sloppy farmer and put this magic spray on, and be fine.” The limited number of choices available to farmers, says Giessel, forces a one-size-fits-all approach. This system of highly limited sources doesn’t reward farmers for learning, really learning, how to farm their own land: what specific crops work best for them, how the weather operates on any given day, how the soil needs to be treated to produce optimal yield. Even if they wanted to learn that stuff, they can’t: They buy the Monsanto seeds and spray them with Monsanto pesticides, because there are no other options. “Rapid consolidation of the private seed sector has coincided with the erosion of hundreds of independent seed sellers across the countryside,” says Harvie. And the Bayer-Monsanto deal just exacerbates an issue that’s been steadily growing in the past two decades: even fewer choices, less competition, and more pressure on farmers.

The other huge problem is that this corporate type of agriculture is hugely capital-intensive; it takes a massive amount of money to jump into these systems. A farmer can’t really be creative; if he or she buys Monsanto seeds, they’ll need glyphosate (Roundup), and they’ll need John Deere equipment. There aren’t any cheaper or more personal alternatives: It would be like being forced to buy only the most expensive cars. That actively discourages new farmers, something this country desperately needs. And it’s such a hard, unappealing life that many formerly family-owned farms will end with this generation: Who can blame a farmer’s kids from not wanting to jump right back into the arms of a corporation? “If you lose a giant farm, multi-thousand acre row crops, it’s probably gone,” says Harvie.

For farmers like Giessel, the idea that government regulators might approve so many mergers like this feels like an outright betrayal. The merger might be good for these corporations’ bottom lines and stockholders, but what about the buyers, the farmers who feed the country? “Now, a lot of how we farm is being determined by someone far away in a boardroom that has little or no connection to the land and what’s happening out there,” says Giessel.

Greed for power and money are driving all of this, from the politicians to the corporations. One day only the wealthy will have access to uncontaminated food sources. Agribusiness is the modern robber baron mentality in action.