USDA Vows To Help Young Farmers, But Will It Be Enough? - Modern Farmer
Lifestyle

USDA Vows To Help Young Farmers, But Will It Be Enough?

It's a start, but the USDA could probably be doing a lot more. 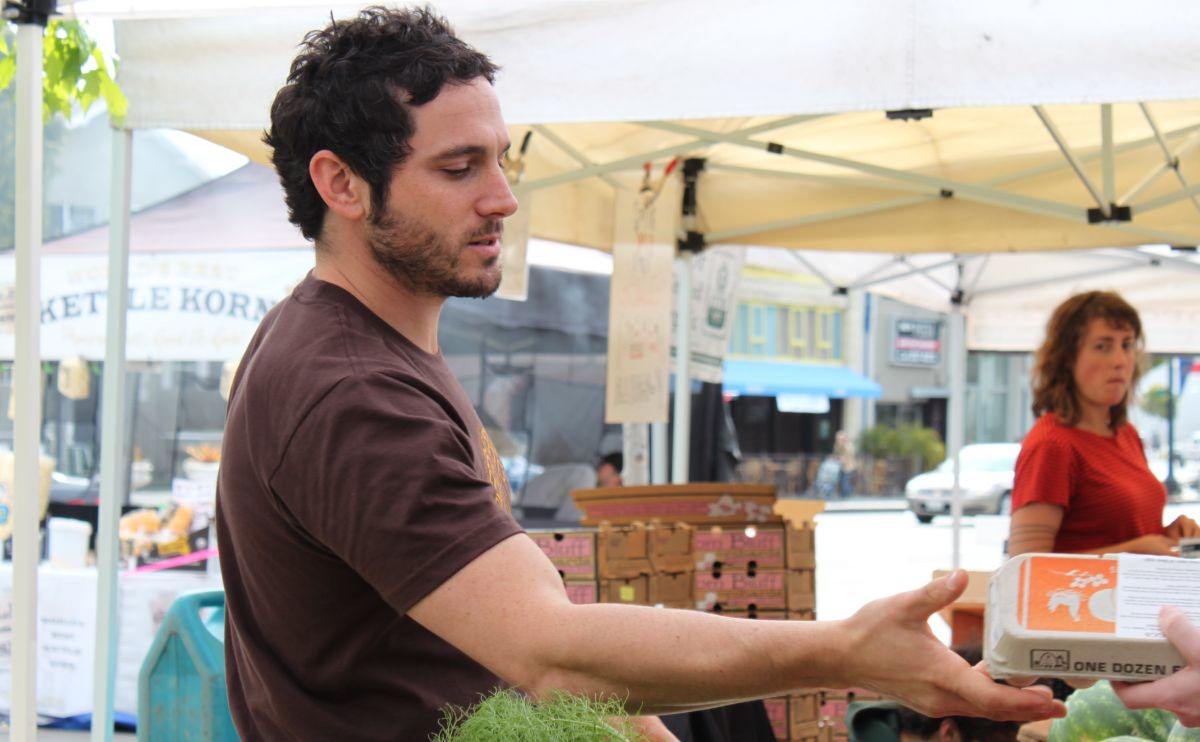 “What we’re seeing right now is that farmers have never been older than they are right now,” says Eric Hansen, a policy analyst for the National Young Farmers Coalition. The average age of the American farmer is 58, and rising. “For every six farmers over the age of 65, there’s only one under the age of 35,” says Hansen. This is not a small problem! Eventually we’ll be left with a serious shortage of farmers, and agriculture remains a hugely important industry for the country (though not nearly as profitable as, say, real estate, or retail).

The reasons, says Hansen, haven’t been studied too deeply, but anecdotally, he suggests that the job just doesn’t appeal to younger people. “Farming’s really hard work,” he says. “Farming is not an easy job. And it’s hard to convince people these days to take on such a physically demanding career, especially one that isn’t especially profitable.” And there’s a basic structural problem: farmers, unlike members of most American industries, actually live on-site, and once a farmer retires, he or she doesn’t necessarily want to move away from home in order to free up the farm for somebody else. In generations past, the farmer’s children would take over, but not so much anymore. “In established farm families, parents are telling their kids to leave,” says Hansen.

So the key issue is getting what Hansen calls “beginning farmers.” He avoids the word “young” because the USDA has long distinguished between young farmers and beginning farmers, the latter group comprising people new to farming of any age. (“Their new shift in focus is aimed at encouraging both groups,” says Hansen.) The USDA’s announcement is a two-pronged attack to get new farmers: first, they’ve redesigned their year-old “New Farmers” website, to make it easier to use. Previously, it was kind of a jumble, and it’s now clean, sleek, and with easy-to-follow paths to help anyone figure out how to start or maintain a farm.

Not everyone knows that the USDA is out there, waiting to give money and help.

The new site, says Hansen, is “a huge, watershed kind of moment in thinking about how we can put farmers at the center,” since the USDA has historically been compartmentalized in difficult ways, forcing farmers to dig through endless paperwork from endless divisions and departments to find programs that might benefit them. Though the USDA actually has many great programs designed to help farmers with everything from guidance to easy-to-secure loans, it was tough to figure out what they are and whether they’re useful. It’s kind of like hiring a tax preparer to do your taxes: It’s not that you couldn’t have declared expenses and worked within the system to get the best possible tax return, it’s just that the system is complicated and weird and you sort of need an expert to tell you what you can actually do.

The other prong of the USDA’s new attack is trickier to understand: The USDA is redirecting some of its funding to specifically address the need for more beginning farmers. There is no new money. The USDA can’t do that; only Congress can allocate the Department’s budget. So, the pot of money remains the same, but, says Hansen, the USDA is now rearranging some of its goals to favor beginning farmers.

Plenty of programs, especially money-based ones like loans, already have quotas set by Congress as to the percentage of beginning farmers that must be in the program. But the USDA is altering those percentages upward to favor young farmers even more. Take one example: “So 30.5 percent of direct farm loans in 2009 went to beginning farmers,” says Hansen. “This past year has been 53.3 percent. By 2017 they want that up to 57 to 60 percent.” This doesn’t, says Hansen, necessarily mean that existing needy farmers will be cast aside. “In general, non-beginning farmers aren’t facing nearly the same barriers as beginning farmers, to get into agriculture,” he says. “We’re serving a higher-need population by directing the funds this way.”

“It’s really important … to make sure that we are helping get those people started in the industry, because we really desperately need them.”

A larger problem – aside from the fact that the USDA could use more money to encourage beginning farmers – is that not everyone knows that the USDA is out there, waiting to give money and help. “People have no idea that they can get money at favorable rates, or assistance, or credit,” says Hansen. And the USDA hasn’t bookmarked more money for outbound marketing, to actually let farmers know that they’re out there. “We really think the USDA needs to be doing more on [the outreach] front. The USDA does a really good job of reaching the big family farmers – if you grew up on a family farm, you’re taking it over from your dad, you know you go to USDA – however for many of our folks, they barely even know the USDA exists,” says Hansen.

On the whole, Hansen is in favor of the movement from the USDA. But there’s a lot more that needs to be done: more funding, definitely, but also an awareness campaign to be sure new farmers are actually taking advantage of the programs available to them. “It’s really important that as many of these resources are flowing towards beginning farmers as possible, to make sure that we are helping get those people started in the industry, because we really desperately need them,” says Hansen.

Update: A mischaracterization of the different ways the USDA thinks of young and beginning farmers was corrected.