The US tiptoes towards banning the (allegedly) bee-killing pesticides. 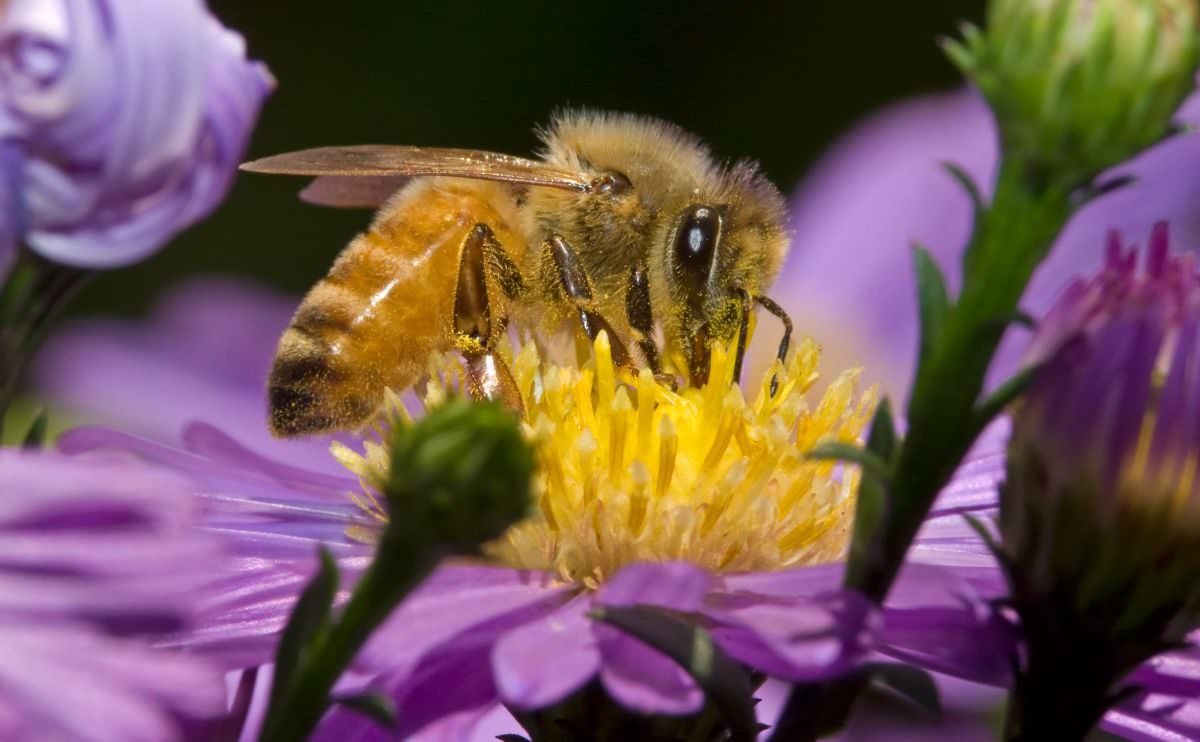 Neonics are used in a few different ways. The most common, as NPR notes, is as a coating on soybean seeds, but a dissolved neonic solution is also often sprayed over plants. Over the past few years, research has been mounting that neonics are a distinct danger to pollinators, especially honeybees, which has wide-ranging negative effects: namely, the reduction of biodiversity, making it exceedingly difficult to pollinate the many crop varieties that still rely on bees, and more.

Bans on neonics have trickled out as more research is performed. The European Union banned them back in 2013, much to the ire of farmers who rely on them, and the province of Ontario recently issued some restrictions on their use.Retail outlets have jumped on board, too: by 2019, Lowe’s will no longer sell neonic products, and within two years, the Home Depot will do away with plants treated with the pesticides. The newest restriction is here in the US: In late August, the governor of Minnesota, Mark Dayton, issued an executive order providing similar restrictions as in that Ontario law. Those restrictions are the second major neonic rulings in the US, following Maryland’s ban on the chemicals, which went into effect on July 1.

Minnesota’s restrictions are designed to reduce neonic use; they require farmers to present a “verification of need” before neonics can be used, and kickstart a slew of new efforts to examine everything about neonics, from their precise effect on pollinators to the labeling on neonic products. But that only affects the use of the neonic sprays; the treated seeds, somehow, are not considered pesticides and cannot be restricted in the same way, so the Minnesota Department of Agriculture is seeking to have treated seeds identified as pesticides and thus make them controllable by the governor.

These are small steps, nothing like the blanket ban in Europe, but the US is extremely reliant on neonics for soybeans – the country’s second-biggest crop – and shifting the way soy is farmed is no small task.

Popular
The Future of Hay Drying in AmericaLindsay Campbell
How to (Actually) Get Rid of Fruit FliesEmily Baron Cadloff
7 Smokable Plants You Can Grow That Aren’t MarijuanaBrian Barth
When Tractors Invaded D.C.Sam Brasch
Why Global Food Prices Continue to ClimbAlastair Smith
Explore Modern Farmer
Related
Plants
There’s a Pumpkin Fungus Among UsLindsay Campbell
MTMF
How One Organization is Restoring a Community of Black FarmersEmily Baron Cadloff
Plants
Organic Soybean Prices Spike Despite Huge US Soybean ProductionDan Nosowitz
Environment, Technology
The Future of Hay Drying in AmericaLindsay Campbell
wpDiscuz
We use cookies on our website to give you the most relevant experience by remembering your preferences and repeat visits. By clicking “Accept”, you consent to the use of ALL the cookies.
Cookie settings ACCEPT
Privacy & Cookies Policy