But we still don't know if the ban had any direct effect on honeybee populations. 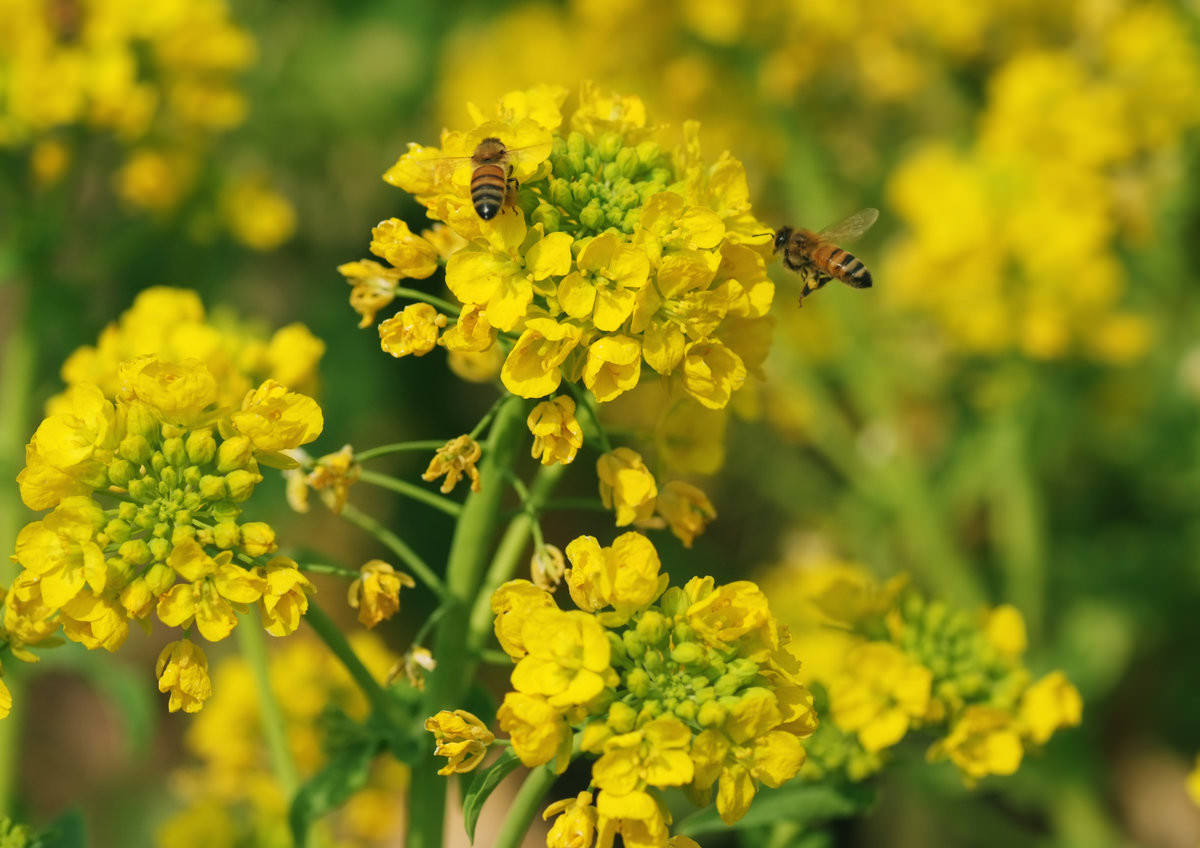 But landing on a definitive cause-and-effect between pesticides and honeybee die-off is proving to be nothing if not ridiculously difficult. Since December 2013, the European Union has banned the use of three types of neonicotinoid pesticides, believing – thanks to a number of studies – that they were responsible for large-scale honeybee demise. Neonicotinoids are very chemically similar to nicotine and, while less harmful to mammals and birds, are toxic to insects. At least one study has determined bees (including honeybees) are actually attracted to neonicotinoids, much like humans who can’t stop smoking.

When the EU banned these types of pesticides, there was no system put in place to assess whether the ban would have a measurable impact on honeybee populations. A pan-European study on honeybee mortality covering the years 2012 to 2014 was conducted, but according to an email from a representative of the European Commission, the EU’s executive body, it wasn’t designed to determine if there was a correlation between the honeybee numbers and to what extent pesticide use – rather than other factors like diseases, winter temperature, or bad beekeeping practices – was the cause.

That said, there was a noticeable decrease in overwintering colony mortality rates in 2013 to 2014 across Europe as compared with 2012 to 2013, but in some areas, the mortality rate remains high. The data continues to be analyzed and interpreted, according to the European Commission, which admits in the report that there needs to be more in-depth studies into the problem.

“The only conclusion you could draw from this [pan-European] study is that it is not pesticides alone [that is responsible for bee deaths],” a representative of the European Commission tells Modern Farmer in an email. (We were asked to not specifically name this rep.)

England and Wales had the second highest overwintering mortality rate for 2012 to 2013 in all of Europe (29.3 percent), just behind Belgium – but because no data was provided by England and Wales the following year (no explanation was given in the report why they didn’t participate the second year), there’s no way of comparing those numbers with 2013 to 2014, based on this study. But an entirely separate 11-year study in England and Wales, released this August, found there was, in fact, a measurable correlation between honeybee mortality and an increased use of these neonicotinoid pesticides.

To make matters even more confusing, the United Kingdom partially lifted the ban on two of these pesticides this past July for 120 days, allowing their use on about 5 percent of England’s rapeseed crop on farms in Suffolk, Cambridgeshire, Bedfordshire, and Hertfordshire. The National Farmers’ Union of England and Wales (NFU) had earlier done an “emergency application” of the chemicals on rapeseed crops there. (Rapeseed is used as both a biofuel and a common cooking oil; it’s often simply labeled vegetable oil or canola oil.)

This comes after yet another recent study, published by Rural Business Research, found that the ban has cost U.K. farmers millions by forcing them to use alternate chemicals to fight off cabbage stem flea beetle, a major crop pest of rapeseed. The RBR study stated that the financial costs to farmers was nearly £22 million ($33 million U.S.) for alternative pesticide use, lost crops, and replanting costs.

“This is the ultimate example of a dodgy dossier,” British beekeeper David Sturgess told the Western Morning News. “The NFU cannot contradict the scientific finding that ‘neonics’ kill our already endangered bees so they have hidden behind the suggestion that the use of ‘neonics’ reduces their need to spray yet more insecticides. This assumes that we’re all stupid and can be easily duped.”

The nonprofit Friends of the Earth, calling the British government’s lifting of the neonicotinoid ban “unnecessary, unlawful and harmful,” is asking that country’s highest court for a judicial review of the decision, according to The Guardian newspaper.

There are currently very few restrictions on these pesticides in the United States where neonicotinoids are extremely common, but there are a number of grassroots efforts to have the pesticides banned. Additionally, the U.S. Fish and Wildlife Service will phase out neonicotinoid use on the 150 million acres it manages across the country by January 2016.

The EU’s ban is up for review at the end of the year. Hopefully, the European Commission will carry through with plans to dig deeper into bee mortality and land on a more definitive explanation for their diminished numbers.