Behold: The Biggest Horses in the World!

These are some HUGE freakin' horses. 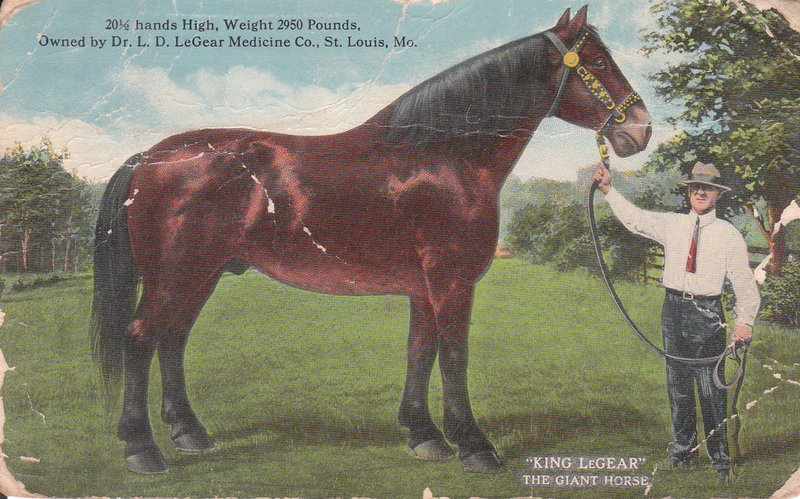 The biggest horse in the world? That would be a Shire horse by the name of Sampson who was foaled in 1846 in Toddington Mills, Bedfordshire, England. By age four he weighed in at 3,360 pounds. That’s more than my Suzuki SX4, which weighs about 2,990 pounds. His size earned him both a new name – Mammoth – and, unfortunately for him, also earned him castration. Poor guy. According to the Guinness Book of World Records, Sampson/Mammoth stood more than 7 feet tall or 21.25 hands at the withers. (That’s the official way you measure horses. A hand is four inches, and the withers is the part of the horse’s back at the base of the neck, just above the shoulder.)

Here’s a bit of doggerel from The Omnificent English Dictionary In Limerick Form that highlights Mammoth’s, um, mammoth attributes:

Thomas Cleaver’s horse Sampson stood tall –
By all records the tallest of all.
Still under age two,
How his testicles grew!
Tom bawled, “Soon he won’t fit in his stall!”

While Sampson/Mammoth may have been the biggest there have been some other runners-up over the years worth a mention.

By the age of 7, this Clydesdale stood 20.5 hands high and weighed in at 2,950 pounds. He was owned by the founder of a patent veterinary medicine company based in St. Louis, Missouri, Dr. L.D. LeGear, around the turn of the 20th century. 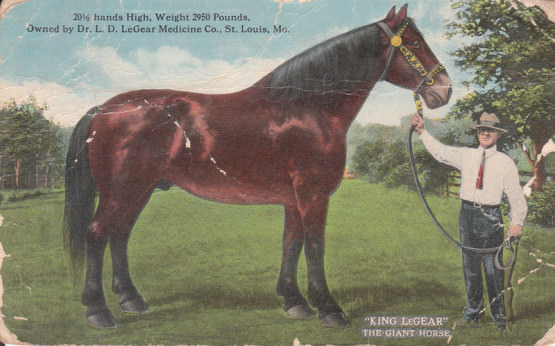 This Percheron gelding was also owned by LeGear (perhaps you see a pattern here as far as names) and was truly a king among horses. He stood 21 hands high and weighed 2,995 pounds. An advertisement in a 1915 periodical, The Southern Planter, billed him as the largest horse in the world and claimed he was worth $25,000 (the equivalent of more than $575,000 today).

A Percheron-Arabian draft horse, Morocco was a big hit at both the 1904 St. Louis World’s Fair as well as at Coney Island’s Luna Park, where he was exhibited in 1905. He stood 21.2 hands high, weighed 2,835 pounds, and was described as being “as playful as a kitten” and “a great favorite with the ladies and children everywhere.” He was owned by C.H. Gambol, a breeder from Cleveland. 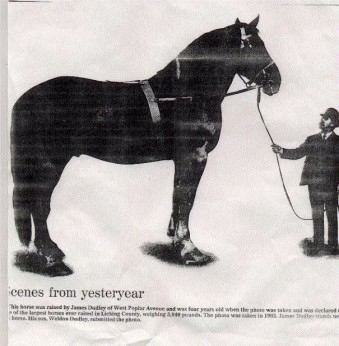 Thank you so much for sharing this magnificent, gentle giant with us. He is a treasure.