The Man Who Brought Hemp to Kentucky

The marijuana-loving lawyer and the biggest hemp promoter in Kentucky, Gatewood Galbraith. 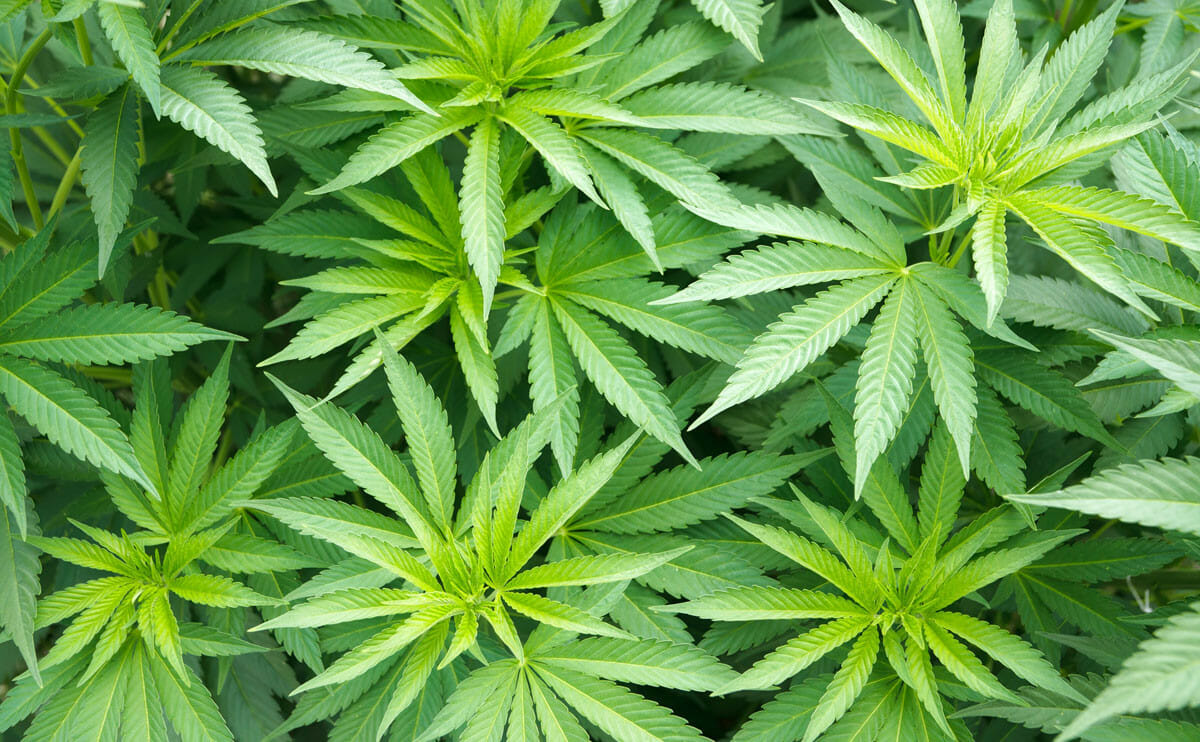 Since the successful cultivation of the state’s first small-but-mighty legal “research” hemp crop early last year, politicians on both sides of the aisle have been eating hemp bars, talking about hemp-powered cars and exploring how hemp oil can help ease the pain of debilitating seizure disorders. There’s a new fervor around everything that could possibly be crafted with hemp – from rope to clothes – as the crop positions itself to potentially be the tobacco-replacing cash crop dreamed about by struggling farmers.

For those who have been watching the battle unfold, it seems to be a cruel twist of fate that hemp has gained thoroughbred-like momentum in the state two short years since the death of its colorful, decades-long champion: Gatewood Galbraith.

The pop music scene and art world have their fair share of celebrities famous enough to go by a single name, from Beyoncé to Bono. In Kentucky, Gatewood was the only man in the state (and perhaps, all of politics) to find mononymous notoriety. All Kentuckians knew Gatewood, but many did not know his last name.

In Kentucky, Gatewood was the only man in the state (and perhaps, all of politics) to find mononymous notoriety.

Gatewood was nothing short of a cult figure. Known far and wide as the hemp-promoting, pro-gun, big-grinning, marijuana-loving lawyer – who ran unsuccessfully for governor five times – Gatewood was a perennial character in Kentucky politics who refused to be boxed into party lines. Above all else, Gatewood believed the two-party system had failed the working class people and farmers of the state. With his lilting drawl, gentle demeanor and signature (completely non-hipster) fedora, the gangly, Ichabod Crane-like man was a 6’4″ fixture at intersections and street fairs for more than 40 years, shaking hands and talking — mostly — about the virtues of hemp as a cash crop.

“When I first met Gatewood, it was at his election night party in 2002 when he ran for Congress,” says former Kentucky Democratic Party Executive Director Jeremy Horton. “It was two rooms connected at the old-school Continental Inn [in Lexington]. About an hour in, I found my way into his room. There were about ten people inside and Gatewood was sitting on the bed, shirtless, wearing a sombrero, smoking a cigar and talking about farm subsidies.”

Born in the bucolic town of Carlisle and educated at the University of Kentucky for both his undergraduate degree and law school, Gatewood was consistently a man before his time. His positions on key environmental, farming and rural issues often positioned him as a zany outlier in the 1980s and 1990s. Now, many of his views seem downright mainstream: from hemp as a cash crop to medicinal marijuana to supporting and promoting small farmers. In retrospect, it’s easy to see Gatewood as a kind of pied piper on these issues, attracting Kentucky politicians slowly and steadily over the years with his song until, eventually, some of them joined the march.

Between campaigns for statewide office, Gatewood made a name for himself as a defense attorney, including serving as pro bono counsel in the country’s first felony medical marijuana case. He fought against the spraying of paraquat in the Daniel Boone National Forest in the 1980s, gaining national attention for his prescient opposition to the toxic herbicide. (The New York Times referred to him in 1983 as, “… an unsuccessful candidate for state agricultural commissioner … who favors legalizing marijuana.”) He opposed the mountaintop removal method of mining in Eastern Kentucky, noting that it had caused “unsurpassed environmental damage” across the region. His real calling card, however, was hemp.

“Cannabis is to hemp as Dennis Rodman is to Danny DeVito. They’re both adult males, but if you can’t distinguish between the two you don’t belong in law enforcement,” Gatewood famously told a Lexington, Kentucky. alt-weekly in 2000, his gently ribbing nature softening a hard-hitting truth. 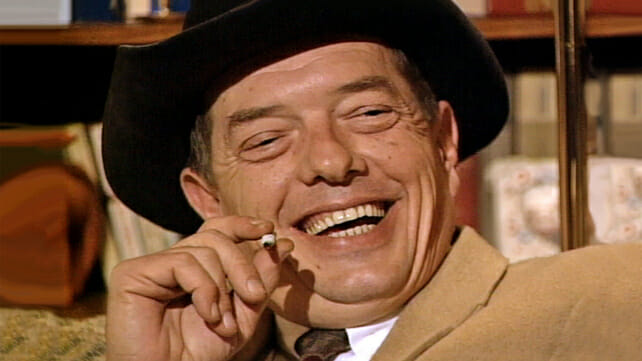 Everywhere he traveled, Gatewood touted the economic benefits of industrial hemp as a cash crop, citing Kentucky’s long and successful history as a hemp-producing state prior to its prohibition in 1937. He found allies in nooks and crannies not often touched by politics, from elderly farmers whose families had successfully grown hemp in the early part of the 20th century to enterprising entrepreneurs who could see how the legalization of hemp could jumpstart stagnant rural economies.

“One hundred years ago, the farmer produced all of the fiber, all of the medicine, all of the fuel and all of the food that society consumes,” Gatewood told a team of documentarians in the 1990s. “Does the government have the right [today] to tell man or woman that they cannot plant a seed in God’s green earth and consume the green natural plant that comes up out of it? That seems such an inalienable right.”

Of course, the virtues of marijuana were also never far from his rhetoric. Old ladies would frequently clutch their pearls when Gatewood openly discussed smoking weed — which he claimed cured his asthma as a young man — and called to end the prohibition of marijuana in the state for medicinal purposes.

State Senator Perry Clark of Louisville honored his late friend posthumously in 2013 by introducing the Gatewood Galbraith Memorial Medical Marijuana Act, which aimed to loosen regulations around the prescription of marijuana. While the bill didn’t pass, it served as a call to action and a tribute to Gatewood’s trailblazing ways.

“For the better part of 40 years, [Gatewood] has been talking about the benefits of medical marijuana,” Clark told The Daily Chronic in 2012. “And right now there are hundreds of thousands of Kentuckians who are suffering and they need and deserve access to this plant that our grandfathers and our great grandfathers grew by the thousands of acres.”

Gatewood’s left field stances and larger-than-life persona also attracted a number of celebrity friends and admirers. In 1991, Gatewood appeared — a toothy grin spread wide across his face — on the cover of High Times with friend and fellow pot-smoking icon Willie Nelson, who campaigned on his behalf from Louisville to Lexington. When Woody Harrelson was arrested in 1996 for planting four hemp seeds in Lee County, Kentucky as a deliberate challenge to state cannabis laws, Gatewood was right by his side in support. Four years later (after Harrelson was acquitted) the two starred in the 2003 film, Hempsters: Plant the Seed.

Sometimes, the cold, hard facts rattled off by Gatewood were overshadowed by his flamboyant stump-speaking mannerisms and propensity for offbeat humor. Gatewood was often known to refer to politicians (particularly, Senate Majority Leader Mitch McConnell) as “aliens” and believed firmly in “the petro-chemical-pharmaceutical-military-industrial-transational-corporate-fascist-elite-bastards” complex, which he frequently referenced at speaking engagements and in his now infamous book, The Last Free Man in America: Meet the Synthetic Subversion.

“The problem is that the pharmaceutical and petrochemical industries control this country,” Gatewood said in a 1991 interview. “Hemp is the greatest product. Hemp is petroleum. It’s no coincidence that in 1937 when hemp was outlawed, nylon was patented. The true battle on this planet today is between the naturals and the synthetics.”

“He arrived [at a Tea Party function] and everyone said, ‘Oh, Gatewood, you know, thank you so much for coming. It’s wonderful to have you here,’” Galbraith’s 2011 gubernatorial running mate, Dea Riley, told NPR in 2012 after his death. “And Gatewood responded, ‘What are you talking about? I’ve been here for 30 years. Where have you people been?’”

The tide may be turning for Gatewood to get his due as the bullhorn that paved the way for the state’s recent hemp victories. A dedicated group of hemp advocates and Gatewood devotees are planning the first ever “Kentucky HempFest” for September 2015 in honor of their late, great patron saint.