A 16-year-old girl from Indian and her innovation that turns rice waste into sustainable building materials. 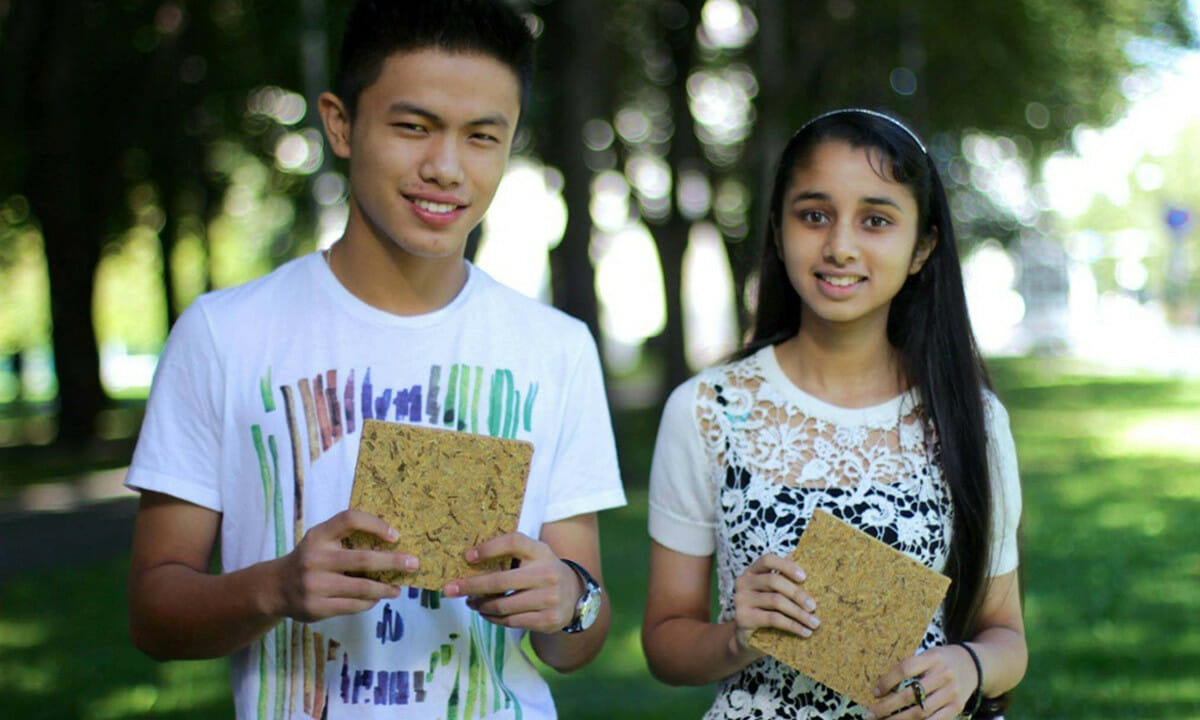 She wondered: What if someone could turn the husks and straw discarded by rice farmers into sustainable building materials, thus helping to create low-cost structures that could withstand all forms of weather, as the area’s traditional mud huts could not? Instead of letting the idea die on the vine and going back to worrying about normal 16-year-old things, Deu cooked up a prototype of rice waste-based building material in her family’s kitchen. She calls it Green Wood.

Deu claims that Green Wood is affordable, waterproof particle board that is also fungi- and mud-proof, making it a good choice for low-income people who need to live cheaply in variable weather. And it not only positively impacts the environment, but also gives farmers a new source of income.

It not only positively impacts the environment, but also gives farmers a new source of income.

Her idea is getting out there. Deu and her two teammates recently won the Social Innovation Relay, a global contest from the Junior Achievement-Young Enterprise Europe, in partnership with Hewlett-Packard, to find students aged 15-18 to develop socially innovative business concepts. Her concept was also featured in Unicef’s 2015 State of the World’s Children report.

Rice is a staple food for more than half of the world’s population, and one ton of husk is produced for every five tons harvested. In 2014, approximately 2.94 million acres of rice were planted in the United States, a rise of 18 percent from 2013.

All those husks have to go somewhere, and this idea to convert rice waste into sustainable building materials is also making inroads in the U.S. Oryzatech, a company in Goleta, California, have used the staple crop’s leftover straw to make what the company calls the Stak Block. These are 12-by-12-by-24 inch building blocks that look like cement, but are made of straw and glue.

They’re manufactured where the rice is grown, and claim to be made of 96 percent recycled material and also sequester carbon from the environment.

Sustainable rice houses that filter carbon out of the atmosphere? The future is here, and if it’s not as sexy as hoverboards, it’s infinitely more useful.